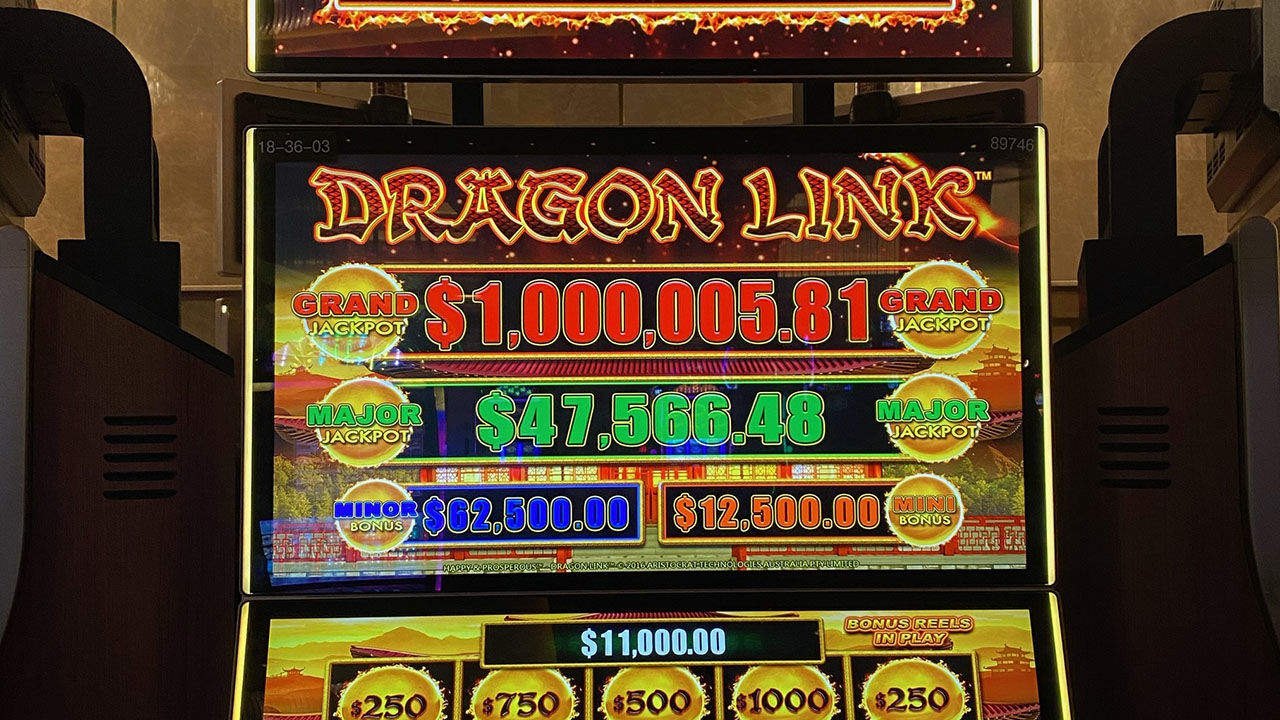 Some people are just lucky.

For most people, winning a huge jackpot on a slot machine would be a once-in-a-lifetime dream come true. One woman in Florida, however, was actually able to pull off the lucky win twice in less than a month.

A Florida resident named Gloria won two jackpots playing the Dragon Link slot machine. One was worth $1,241,642 while the second was worth $1,045,153. (Seminole Hard Rock Hotel & Casino Tampa)

The Seminole Hard Rock Hotel & Casino in Tampa, Florida, announced that a woman over $1 million on the same slot game twice in just 18 days. According to a press release, the winner, a Florida resident, was only identified by her first name, Gloria.

For her first jackpot, she won $1,241,642 on the Aristocrat Gaming’s Dragon Link slot machine. On January 9, Gloria played the game again and took home another huge jackpot of $1,045,153.

In the past 60 days, this particular game has yielded a total of three jackpots of over $1 million.

The slot machine-based game uses a progressive jackpot, which starts at $1 million. The more people play, the higher the jackpot becomes.

While winning over $2 million would be amazing, it pales in comparison to the $632.6 million powerball jackpot that was recently won.

Fox Business previously reported that two winning tickets were sold for the massive jackpot. One was sold in California and the other in Wisconsin.

Since more than one winning ticket was sold, the winners will have to split the prize. They can choose between an annuitized $316.3 million or take the cash option of $225.1 million. This particular Powerball was larger than average due to strong sales in the week leading up to the drawing.