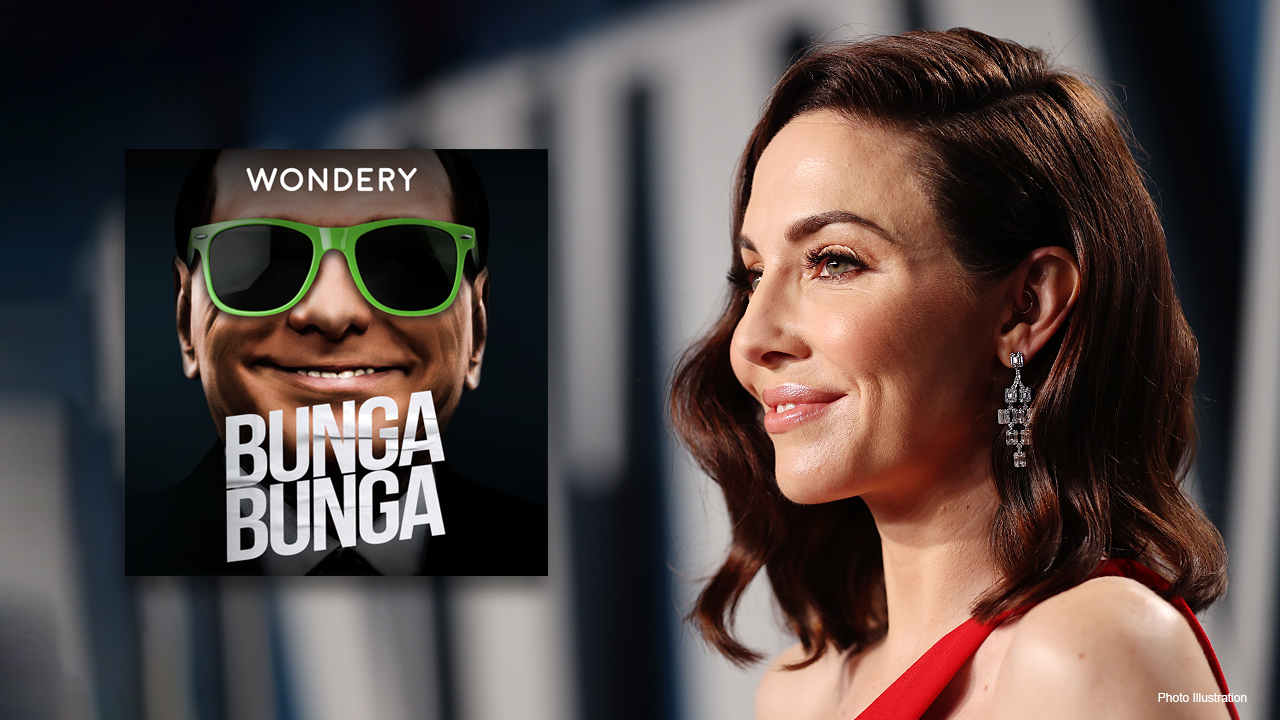 The project premiered on Monday.

In the podcast, Cummings, 38, examines how the reality TV star and real estate tycoon turned prime minister rose and fell from grace.

“Silvio Berlusconi is the epitome of the kind of unbridled, selfish, power-hungry people that are all being put under a microscope right now — the kind of people who, pre-Twitter, could get away with literally anything,” comedian said.

She continued: “The parallels between Berlusconi and Trump are also truly incredible. So the series points a little toward historical patterns, human nature, the ability to brainwash and influence masses, how power corrupts humans, and what it takes to restore a civilization to sanity and justice.”

Silvio Berlusconi talks during the recording of a TV show in Rome. Trump has drawn more comparisons to the brash Berlusconi, a three-term Italian prime minister, than perhaps any other world leader.  (AP Photo/Andrew Medichini)

Berlusconi, 83, was known for having “bunga bunga” parties, which were sex-filled events. In 2010, he was convicted of abuse of power and having sex with an underage prostitute. He was then sentenced to seven years in prison and banned from holding public office.

He was then acquitted of the crimes.

After reading Ronan Farrow’s book “Catch and Kill” about the Italian model who accused disgraced filmmaker Harvey of sexual assault, Cummings said she started to dig into the life of Berlusconi.

“It got me thinking,” the podcast host said. “No wonder women are so afraid to speak up against powerful men … they can just crush you.”