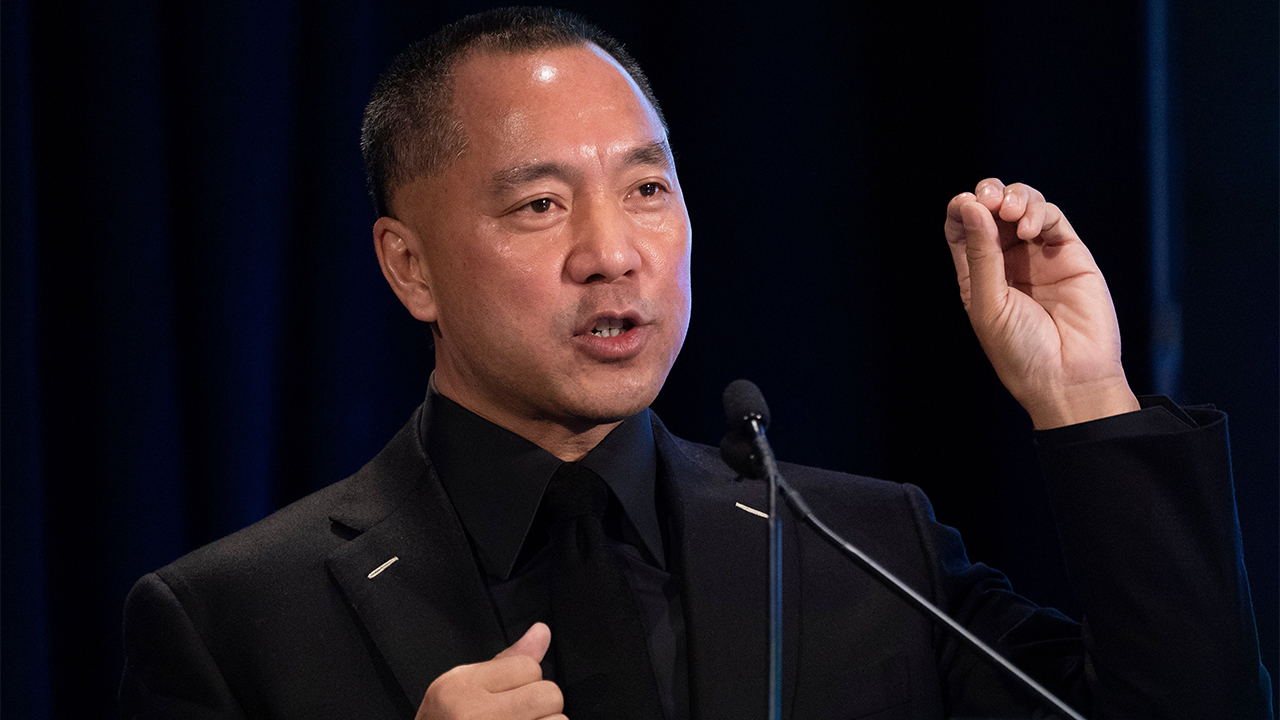 The unusual banners flown around New York City behind a formation of planes Wednesday evening that congratulated the “new federal state of China” appear to be tied to an exiled Chinese billionaire who reportedly funds a fake news operation.

There was little written information available online about the group, but a livestream with Guo Wengui and former White House adviser Steve Bannon, which featured the same atom-like logo flown on one of the banners, featured a confusing string of demands which seemed to be related to Guo’s grievances with China’s communist government.

Guo and Bannon appeared to be standing on a boat in New York Bay with the Statue of Liberty behind them as Bannon read from a packet of papers.

At one point the video displayed a clip similar to the Paramount Pictures introduction, but with Guo’s atom-like symbol. Later, it showed what appeared to be BBC News graphics behind Guo and Bannon. After Bannon finished reading the papers, it transitioned to a music video with snow-capped mountains.

“Hi Linda, the livestream is on now,” someone could be heard saying at one point, interrupting a voiceover.

HUAWEI DEALT CRITICAL BLOW WITH US RESTRICTIONS ON CHIPMAKERS

Guo, who also goes by Miles, fled China in 2014 just before he was accused of ripping off business partners and scheming with corrupt government officials, The New York Times previously reported. He has been an outspoken critic of the Chinese government who has warned that Beijing is attempting to spread its influence and propaganda in the U.S.

In February, Buzzfeed News reported on false claims about the coronavirus that were published by G News, a website Guo created.