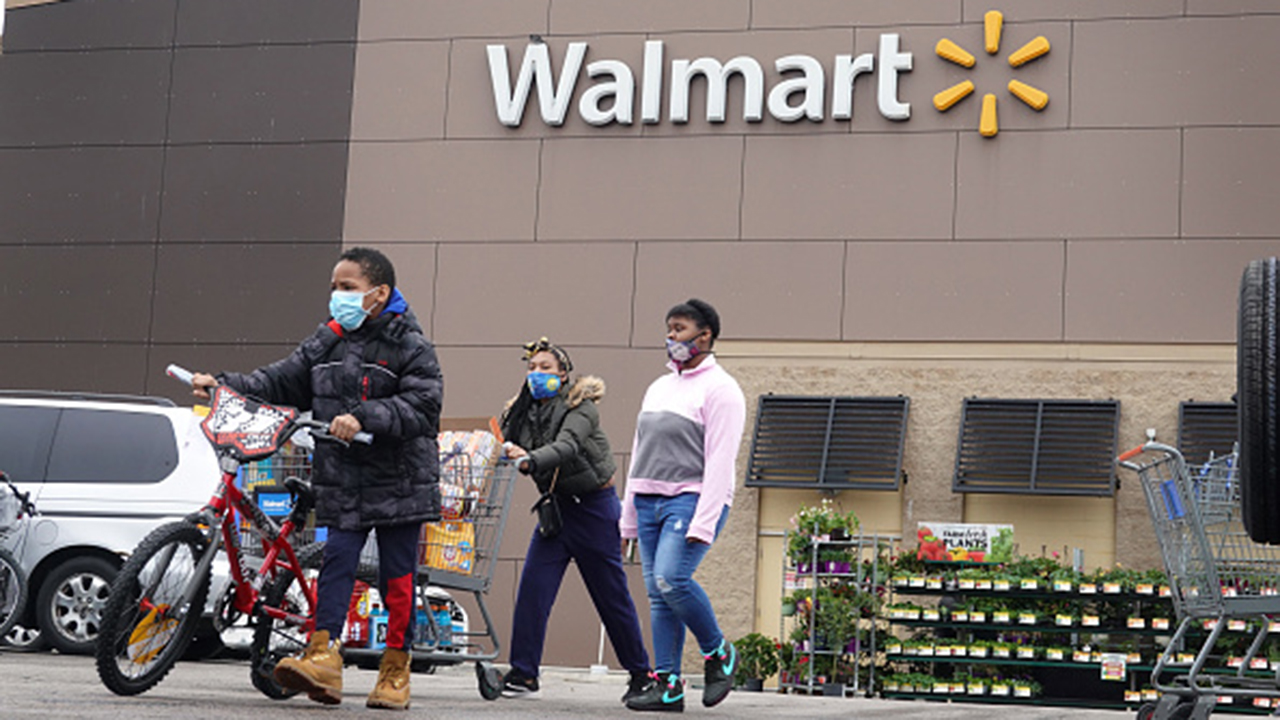 Walmart has stopped displaying the Mississippi state flag in its stores as the flag faces criticism for ties to racism.

Customers shop at a Walmart store on May 19, 2020 in Chicago, Illinois. (Photo by Scott Olson/Getty Images)

Mississippi’s state flag features a design taken from the Confederate battle flag, which has become associated with white supremacist groups, in its upper left corner. Hatfield said Walmart does not sell merchandise with the Confederate flag “as part of our commitment to provide a welcoming and inclusive experience for all of our customers in the communities we serve.”

Confederate symbols have faced increasing public scrutiny over the past few years as the Black Lives Matter movement has gained momentum in its efforts to stop systematic racism and inequalities against black people. Statues of Confederate leaders have been removed – or toppled – in a number of cities amid recent protests over the treatment of black people by police and the deaths of George Floyd and Breonna Taylor.

A Mississippi state flag is during a game between the Mississippi Rebels and the LSU Tigers at Vaught-Hemingway Stadium on October 21, 2017, in Oxford, Mississippi. (Jonathan Bachman/Getty Images)

Walmart isn’t the only organization to distance itself from Mississippi’s flag. The NCAA last week said it would prohibit championship events from taking place in any state that flies the Confederate battle flag. Mississippi is the last state still using the symbol on its flag.

“While some may see the current flag as a celebration of heritage, a significant portion of the state sees it as a relic of racism and a symbol of hatred,” he said, according to the newspaper.