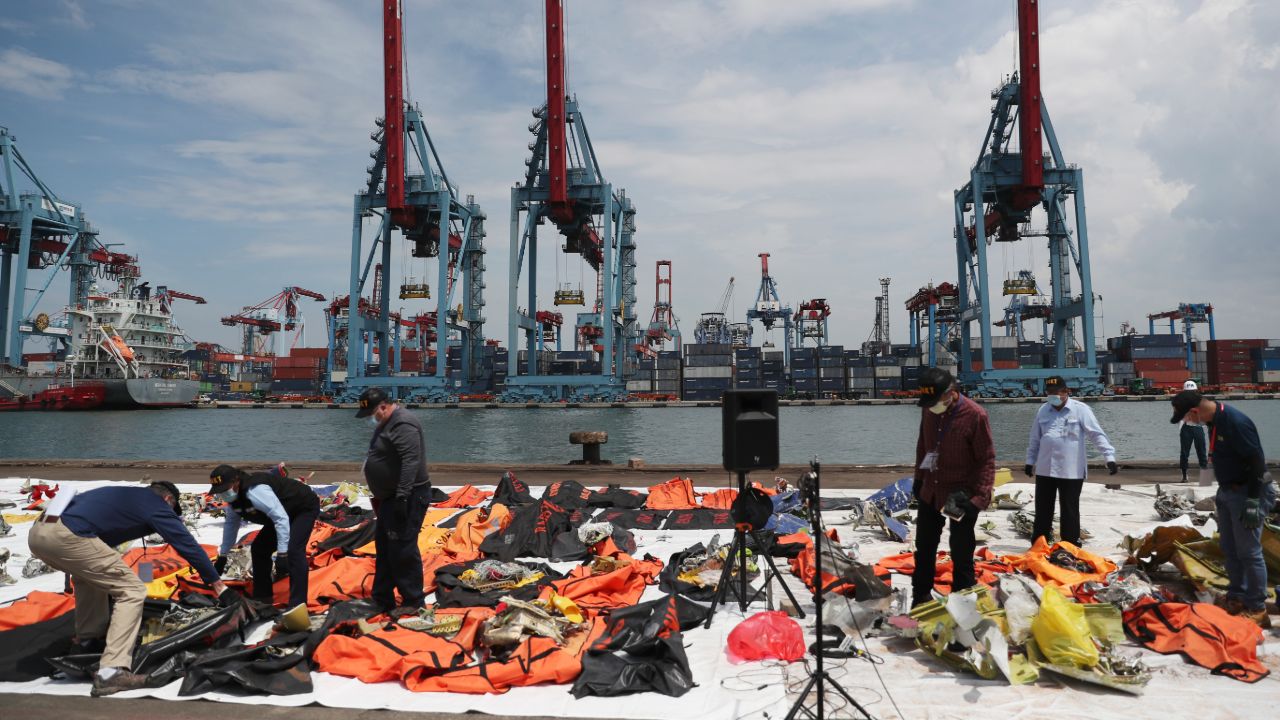 The team also comprises representatives from the U.S. Federal Aviation Administration, Boeing and General Electric. They joined personnel from Singapore’s Transportation Safety Investigation Bureau at the search and rescue command center at Tanjung Priok port in Jakarta to see some of the plane debris.

The plane lost contact with air traffic controllers minutes after taking off from Jakarta during heavy rain on Jan. 9. The jet crashed into the Java Sea, killing all 62 people on board.

Investigators inspect debris found in the waters around the location where a Sriwijaya Air passenger jet crashed, at the search and rescue command center at Tanjung Priok Port in Jakarta, Indonesia Saturday, Jan. 16, 2021. (AP Photo/Achmad Ibrahim)

Divers found parts of the cockpit voice recorder on Friday as more personnel joined the search for wreckage and victims. Investigators have already downloaded information from the plane’s flight data recorder, which was recovered earlier this week.

“There are 330 parameters and everything is in good condition. We are learning about it now,” said Soerjanto Tjahjono, chairman of the National Transportation Safety Committee.

The 26-year-old Boeing 737-500 was out of service for almost nine months last year because of flight cutbacks caused by the pandemic. (AP Photo/Achmad Ibrahim)

Indonesia’s government granted a waiver allowing the NTSB team to enter the country during its coronavirus-related travel ban in which foreigners are barred from entering.

The 26-year-old Boeing 737-500 was out of service for almost nine months last year because of flight cutbacks caused by the pandemic. The airline and Indonesian officials say it underwent inspections, including for possible engine corrosion that could have developed during the layoff, before it resumed commercial flying in December.

Indonesia’s aviation industry grew quickly after the nation’s economy was opened following the fall of dictator Suharto in the late 1990s. Safety concerns led the United States and the European Union to ban Indonesian carriers for years, but the bans have since been lifted due to better compliance with international aviation standards.