COVID-19 deaths in the U.S. have reached the highest level since early last year, eclipsing daily averages from the recent delta-fueled surge, after the newer omicron variant spread wildly through the country and caused record-shattering case counts.

The seven-day average for newly reported COVID-19 deaths reached 2,191 a day by Monday, up about 1,000 from daily death counts two months ago, before omicron was first detected, data from Johns Hopkins University show. While emerging evidence shows omicron is less likely to kill the people it infects, because the variant spreads with unmatched speed the avalanche of cases can overwhelm any mitigating factors, epidemiologists say.

"You can have a disease that is for any particular person less deadly than another, like omicron, but if it is more infectious and reaches more people, then you’re more likely to have a lot of deaths," said Robert Anderson, chief of the mortality-statistics branch at the National Center for Health Statistics, which is part of the Centers for Disease Control and Prevention.

The U.S. saw the highest numbers of deaths in the pandemic about a year ago, before vaccines were widely available, when the daily average reached 3,400. More recently, the delta variant triggered a peak just above 2,100 in late September. Omicron has since muscled delta aside and now accounts for nearly every known COVID-19 case, the CDC has estimated. The seven-day death average last topped the current level in February 2021, as the U.S. recovered from last winter’s surge.

COVID-19 deaths, though still largely composed of older Americans, trended younger as the delta variant tore through southern states this summer and then older again as it moved northward, recent death-certificate data show. It will take more time for these data to reflect demographic trends during the omicron surge, Mr. Anderson said.

A man is tested for the coronavirus at a drive-through testing site as the Omicron variant continues to spread through the country in Houston, Texas, U.S., December 29, 2021. (REUTERS/Callaghan O'Hare)

The new variant’s breakneck speed and its arrival during the winter holidays, when states slowed their data reporting, complicated efforts to closely track the impact and so have changes in the way the U.S. detects and counts infections.

A surge in at-home testing, for example, is largely not counted in state case reports, said Beth Blauer, the data lead for the Johns Hopkins Coronavirus Resource Center, which compiles pandemic data. This means the huge number of omicron cases reported—the seven-day average topped 800,000 this month, more than triple the prior record from a year ago—is still likely undercounting the true number by a huge margin, Ms. Blauer said.

"I don’t think we have any appreciation for the volume of cases," she said. The case average, recently trending lower but up early this week, was about 731,600 on Monday.

The case-tracking problem makes it difficult to determine the mortality rate from omicron compared with prior variants, although there is growing evidence of omicron being less virulent than its predecessors.

A new study the CDC released on Tuesday measured a high of nine deaths per 1,000 cases during the omicron surge, weighing deaths against cases from three weeks earlier. During last winter’s surge, this number peaked at 16 deaths in 1,000 cases, and during the delta surge, it reached 13 in 1,000, the study said.

There are several possible limitations in the analysis, including changes in testing and case tracking, a period when delta and omicron overlapped and the fact that vaccine coverage wasn’t taken into account, the study said.

"We’re still losing too many people a day for it to be in any way acceptable," said Jodie Guest, vice chair of the epidemiology department at Emory University’s Rollins School of Public Health. 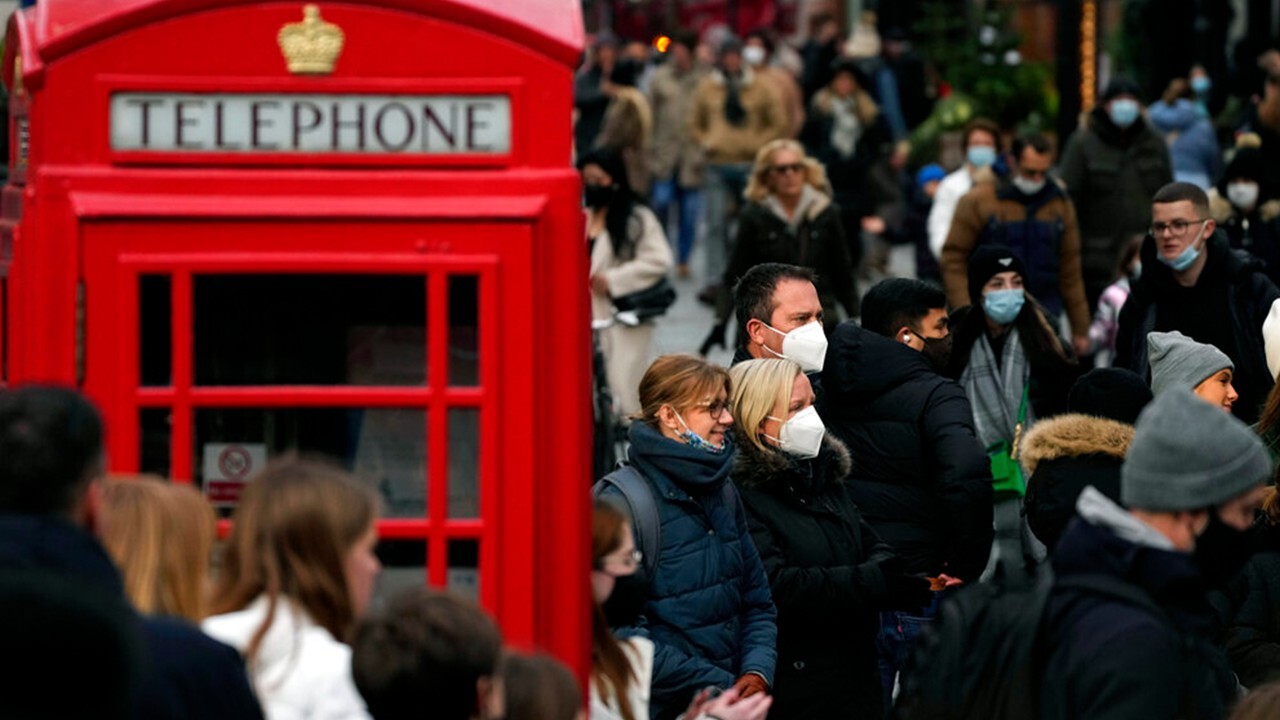 CDC data tracking rates of death by vaccination status have yet to catch up to the omicron surge. Though omicron is triggering many breakthrough cases in the inoculated, data have shown that infection rates remain higher among the unvaccinated and that those without shots are significantly more likely to be hospitalized.

In a positive sign, COVID-19 related hospitalizations are heading lower shortly after reaching the highest-recorded levels. Federal data also indicate COVID-19 deaths in hospitals have started to decline from a recent omicron peak. The CDC says roughly seven of every 10 COVID-19 deaths occur in hospitals or other inpatient settings.

Some parts of the country, including major coastal states like New York and California, are also in recovery mode. A Wall Street Journal analysis shows 20 states representing 55% of the population have case averages down at least 20% from recent peaks.

At the same time, as omicron fades in populous, coastal areas, it hasn’t yet peaked in less-vaccinated regions that could see a higher death rate, Mr. Anderson said. Deaths may climb yet further as they continue tracking the recent rise in cases, epidemiologists said.

"We know that deaths are a lagging indicator," said Andrew Noymer, an infectious-disease epidemiologist and demographer at the University of California, Irvine. "I’d want to give it a few more weeks before I take any victory laps, claiming that we’ve been fortunate on the deaths side."