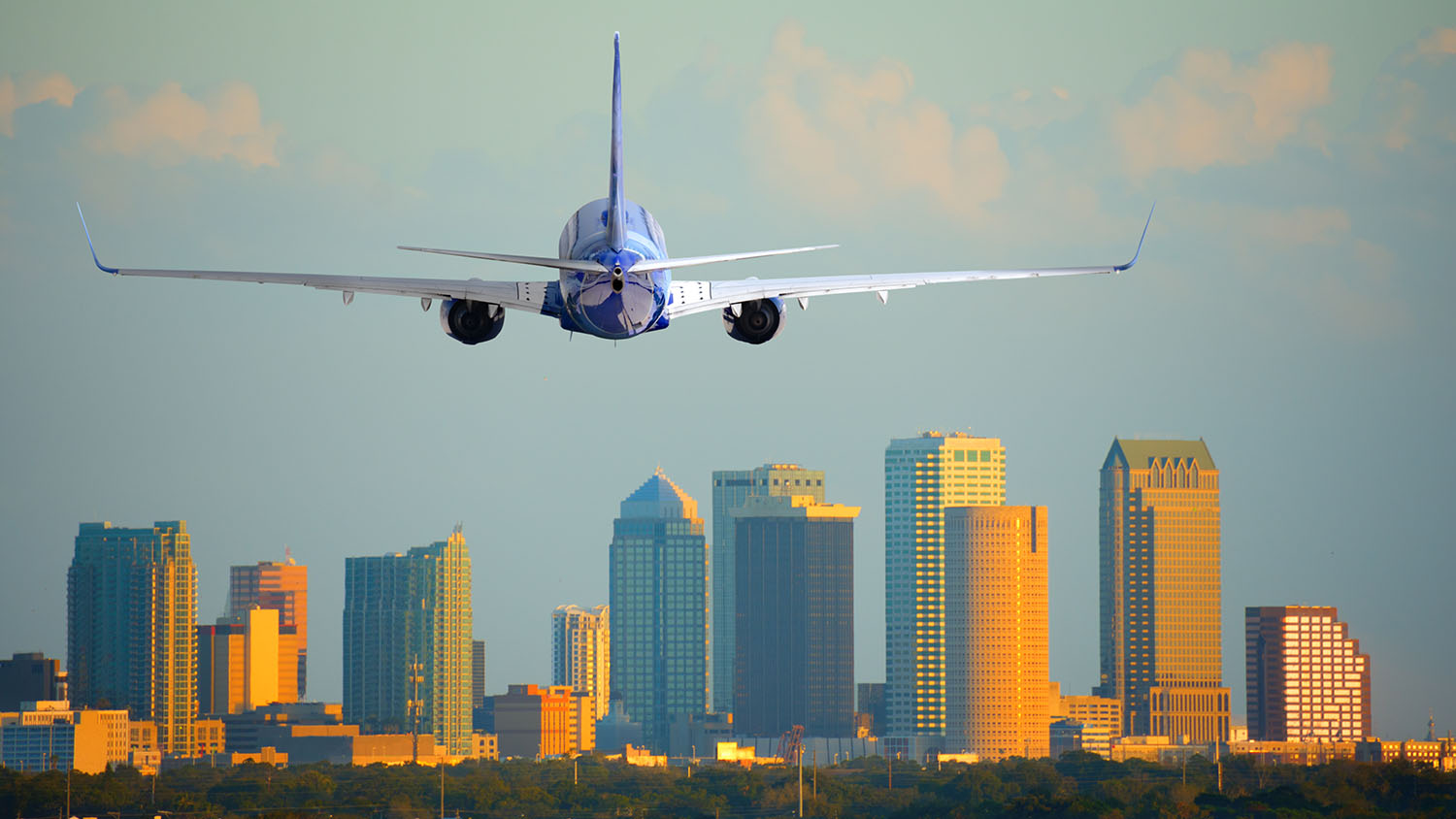 As Tropical Storm Elsa continued to barrel toward the Florida coast on Tuesday, a handful of major U.S. airlines have loosened ticket-change regulations for cities in the Sunshine State.

According to a Southwest Airlines travel advisory, customers holding reservations to, from or through Montego Bay, Jamaica, and Florida's Fort Myers, Sarasota/ Bradenton and Tampa from July 4, through July 7, may rebook in the original class service or travel standby within two weeks of their original date of travel between the original city-pairs without any additional charge.

Delta Air Lines will allow flights to, from or through Fort Myers, Key West, Sarasota or Tampa initially booked for July 6 and July 7 to be rebooked without charge with a ticket reissued for no later than July 10, in the same cabin of service as originally booked.

The airline's customers must have an original ticket issue date on or before July 4.

This GOES-16 GeoColor satellite image taken Monday, July 5, 2021, at 4:50 p.m. EDT, and provided by NOAA, shows Tropical Storm Elsa over western Cuba with strong rain and winds. Forecasters say it will move on to the Florida Keys on Tuesday and Flori

If Delta customers are unable to reschedule within those parameters, upon canceling the reservation they may apply any unused value of the ticket toward the purchase of a new ticket for a period of one year from the original issuance.

American Airlines will permit the fee for tickets bought by July 4 to be waived if customers don't change their origin or destination, rebook in the same cabin or pay the difference, were scheduled to travel from July 4 through July 7, can travel through July 12, are booked by July 7 and changes are completed within one year of their original ticket date.

The airline's customers must have purchased their original ticket by July 3 with original travel dates between July 5 and July 7, with any difference in fare and change fee waived for flights departing between now and July 14 assuming travel is rescheduled in the originally ticketed cabin and between the same cities as originally ticketed.

For a change in departure or destination city or wholly rescheduled travel after July 14, the change fee will be waived but a difference in fare may apply.

In addition, rescheduled travel must be completed within one year from the date the ticket was first issued.

United told FOX Business in an email Tuesday that the company would "continue to monitor the situation."

On Tuesday morning, Tropical Storm Elsa passed over Cuba and was moving into the Florida Straits.

The storm could strengthen over the next 24 hours before making landfall north of Tampa on Wednesday and a Hurricane Watch has been issued for a portion of the west-central and Big Bend Coast of Florida.

Tropical storm warnings are still in effect and tropical storm conditions are likely to continue across the Keys through Tuesday night.

Once Elsa makes landfall, it is expected to weaken, though heavy rain, wind and the risk for tropical tornadoes will continue.

Three to 5 inches of rain will fall across Florida and the Southeast Coast, with isolated amounts over 8 inches, where localized flooding is possible.