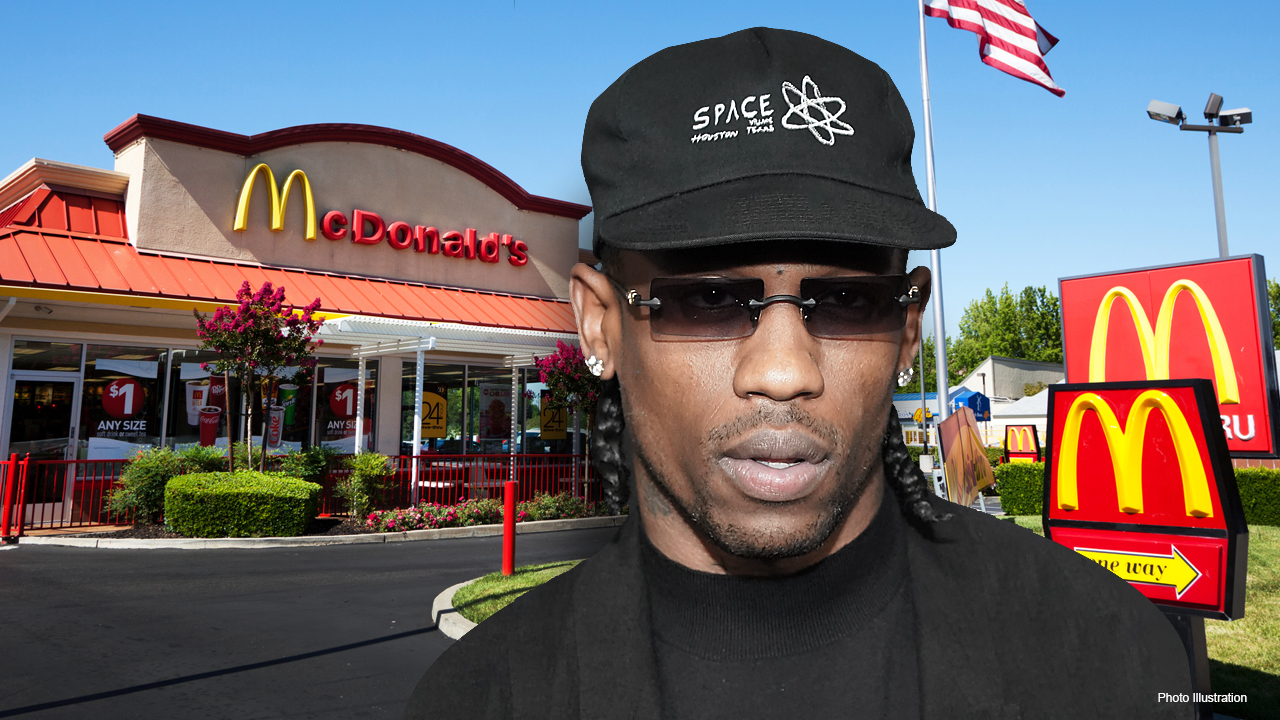 McDonald’s massively popular Travis Scott promotion caused some problems for one California city when the rapper made an impromptu visit that drew a surprisingly large crowd.

A representative for Scott confirmed to FOX Business that both the rapper and a McDonald’s in Downey, Calif. were cited by the city after a slew of fans arrived at the fast-food restaurant when the Cactus Jack mogul dropped by to check out the release of his own $6 meal.

“Last week, Travis Scott stopped by a McDonald's restaurant in Downey, CA, to kick off the launch of his signature order, ‘The Travis Scott’ meal. Per McDonald’s standard safety protocol, all restaurant crew, staff members and security onsite were required to wear face masks,” a statement from the fast-food chain provided to FOX Business reads.

“While the restaurant was closed to the public, a group of fans got wind he was there and gathered outside. In true Cactus Jack fashion, Travis’s fans got involved and greeted him as he was going live on Instagram. After the small crowd grew and social distancing could no longer be observed, security safely escorted Travis from the restaurant and the crowd dispersed.”

Travis Scott's $6 meal at McDonald's is selling out in some locations. (Reuters)

Because the visit was not meant to be an event, Scott and McDonald’s didn't obtain a permit from the city to host a gathering of more than 200 people. A spokesperson for the city told TMZ that police in the area reported 500 people in attendance at one point, forcing police to dispatch several officers to ensure the crowd stayed safe amid the coronavirus pandemic.

“Today’s Travis Scott appearance at McDonald’s was neither approved nor permitted by the City of Downey. DPD units were dispatched in response to a large crowd gathered and focused on traffic and pedestrian safety concerns until the crowd dispersed. No injuries were reported,” the Downey Police’s Twitter posted on Sept. 8.

Videos posted to social media of the situation showed a massive crowd gathering around the hitmaker with many not wearing masks.

TMZ reports the event drew two citations with $100 fines for both Scott and McDonald's that the fast-food giant already took care of.

TRAVIS SCOTT’S FORTNITE CONCERT: WHAT TO KNOW ABOUT THE RAPPER AND HIS DIGITAL SHOW

The large gathering is just another showcase of the popularity of the fast-food chain’s collaboration with Scott. The monthlong promotion, which is the first time that McDonald’s has partnered with a celebrity since Michael Jordan in 1992, has been so in demand that the company previously confirmed to FOX Business that some locations throughout the country are running out of the ingredients that make up Scott’s meal.

Travis Scott drew a massive crowd when word got out that he was visiting a local California McDonald's location. (Getty)

This is especially shocking given that the order is not made up of unique items, but rather McDonald’s menu staples – a Quarter Pounder with cheese, fries with BBQ sauce, and Sprite.

The popularity of the partnership comes at a good time for McDonald’s, which has seen its stock hit a record high at $224 as of Wednesday. The stock has gained nearly 22% this quarter, more than double the S&P’s 10% gain. While there’s likely more to the company’s success than the celebrity promotion, it’s certainly aided in the company’s sales as fans of the rapper have started a somewhat viral trend of filming themselves ordering the $6 meal.

In addition to the food order, Scott has released several pieces of McDonald’s-themed merchandise through his Cactus Jack brand to go along with the collaboration.