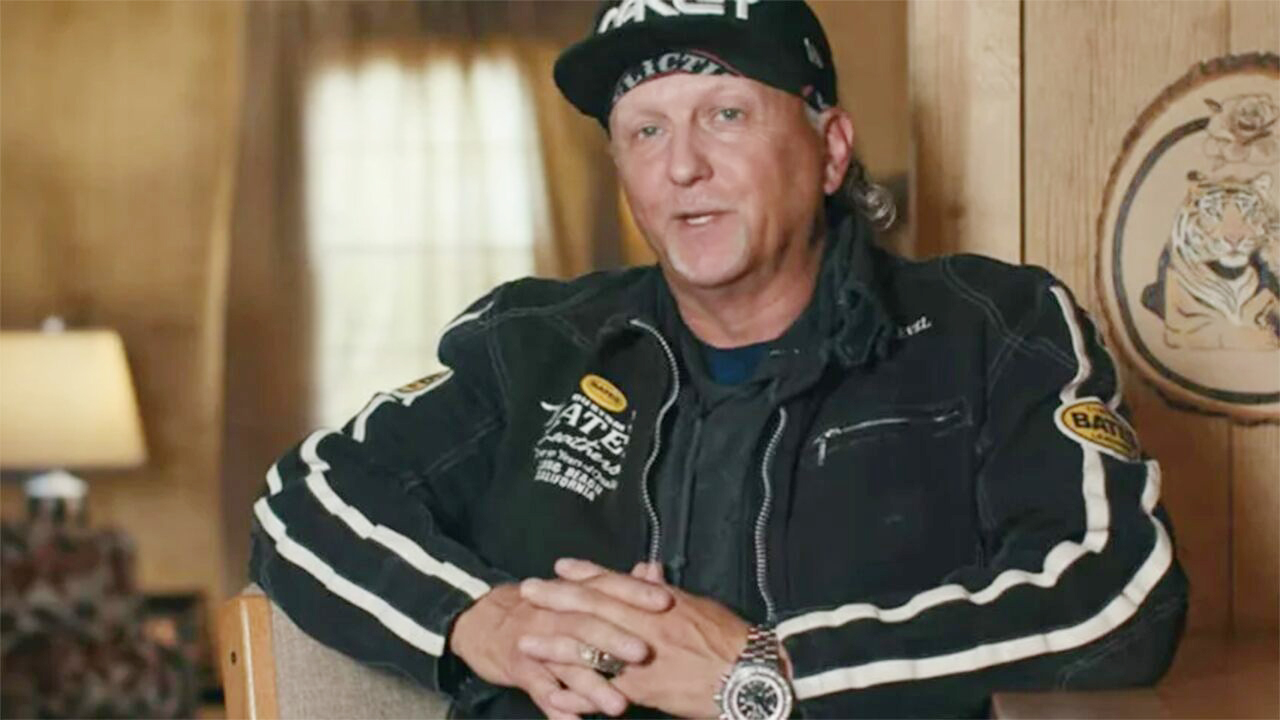 The zoo under the current owner Jeff Lowe was investigated by the USDA’S Animal and Plant Health Inspection Service in June.

Lowe took to social media on Tuesday to reveal the zoo is closed after the USDA’s website listed his license to operate as suspended on Monday.

Jeff Lowe revealed his future plans after Carole Baskin has been granted control of his Oklahoma zoo.  (Taylor Lowe)

“The ‘Tiger King’ phenomenon has definitely changed our lives in many ways. It has brought us more attention than any human deserves, good and bad,” the docu-series star said in a lengthy post. “It has, and probably will continue to make us a target of every nutjob and animal rights loon in the World, but we are prepared.”

Lowe then bragged about the “unfathomable source of income” the Netflix series brought. “Income that will guarantee the long term care of our animals and allow us to be very selective going forward,” he said.

“As of today, we have decided to close the old zoo effective immediately,” the zoo owner announced.

Due to the animal park's "permanent closure," Lowe added that he is "forfeiting my USDA exhibitors license."

Lowe claimed he had “five consecutive perfect inspections,” but the USDA “folded to the pressures of PETA and continue to make false accusations” against him.

His license was suspended by the USDA for 21 days.

“In the State of Oklahoma, exotic animal ownership is perfectly legal,” the “Tiger King” star said.

He continued: “Rest assured that all the animals will continue to have excellent care, and consequently will no longer be subject to USDA inspections or PETA spies.”

Lowe then thanked visitors for coming over the years.

'TIGER KING' STARS: WHERE ARE THEY NOW?

The zoo owner also revealed that the new animal park he planned to open in Thackerville, Okla. would only be used as a “private film set for ‘Tiger King’ related television content for cable and streaming services.”

In a follow-up post, Lowe addressed rumors that the USDA took away his license completely.

Federal and local authorities visited Lowe’s G.W. Zoo after a whistleblower leaked images of lions there that appeared to be suffering from a skin-eating condition called flystrike.

Consequently, the USDA suspended his license following citations for inadequate veterinary care and other conditions at his Oklahoma zoo.

It previously belonged to “Tiger King” series star Joe Exotic, whose real name is Joseph Maldonado-Passage. He is serving a 22-year prison sentence in a murder-for-hire plot against his rival, Carole Baskin.

Baskin was granted ownership of the zoo earlier this year, but a judge gave Lowe time to wind down operations before transferring control. In early June, Lowe told Fox News in an interview that he had plans to bring the animals to a new, larger facility.

Now, Lowe and his hundreds of exotic animals, including tigers, lions, bears, monkeys, and more, have 120 days to vacate the property.