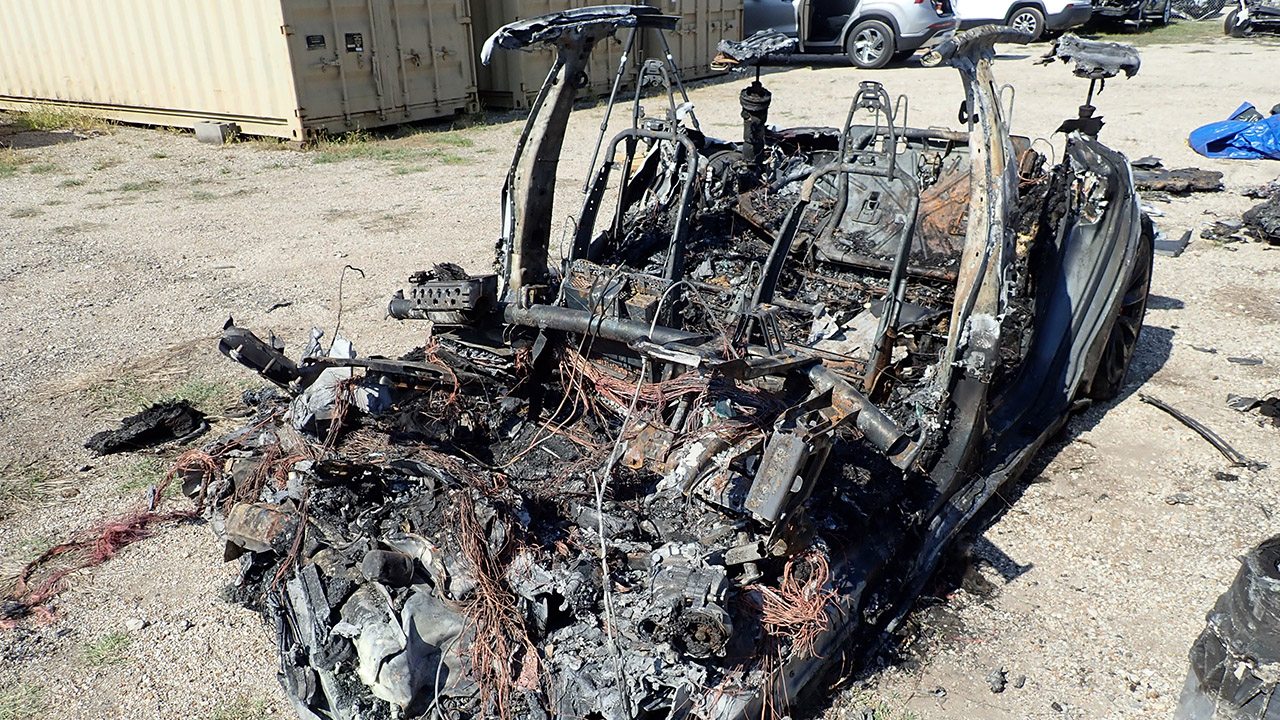 The National Transportation Safety Board issued an update to its investigation into a fatal accident involving a Tesla Model S that occurred in Spring, Texas, on April 17, now suggesting the driver was controlling the vehicle at the time of the crash.

The Tesla was burned beyond repair. (NTSB)

Two occupants of the vehicle were found dead after it crashed into at tree on a suburban road and caught fire, one in the passenger seat and one in the rear seating area, which led to initial reports that the vehicle's partially automated Autopilot feature may have been engaged.

The NTSB created this diagram of the crash scene. (NTSB)

The NTSB now says that data retrieved from the car indicates that both front seats were occupied and had their seat belts fastened at the time of the collision. The driver was applying the accelerator pedal and reached a top speed of 67 mph during the five seconds leading up to the impact.

According to the report, the legal speed limit for the residential road is 30 mph. An analysis of the steering wheel also found that the rim was deformed in a way that could only have been caused by an impact.

This image of the Tesla's steering wheel shows how the top of the rim was broken by an impact. (NTSB)

Security camera footage from just prior to the crash showed the car's owner, William Varner, 59, and the passenger, Everette Talbot, 69, entered the front seats of the vehicle before it pulled away.

The NTSB had previously confirmed that it was possible to engage the Tesla's Traffic Aware Cruise Control feature on the road, but not the Autosteer function required for full Autopilot operation.

The update notes that the investigation is ongoing and that a final determination of probable cause will be determined when it is complete, and that the agency is still looking into several potential contributing factors toward the crash and fatalities, including postmortem toxicology reports.

CLICK HERE TO GET THE FOX BUSINESS ON THE GO

An autopsy report prepared by the Harris County Constable’s office found that Varner had a blood alcohol level nearly twice that of the legal Texas limit, according to Bloomberg.