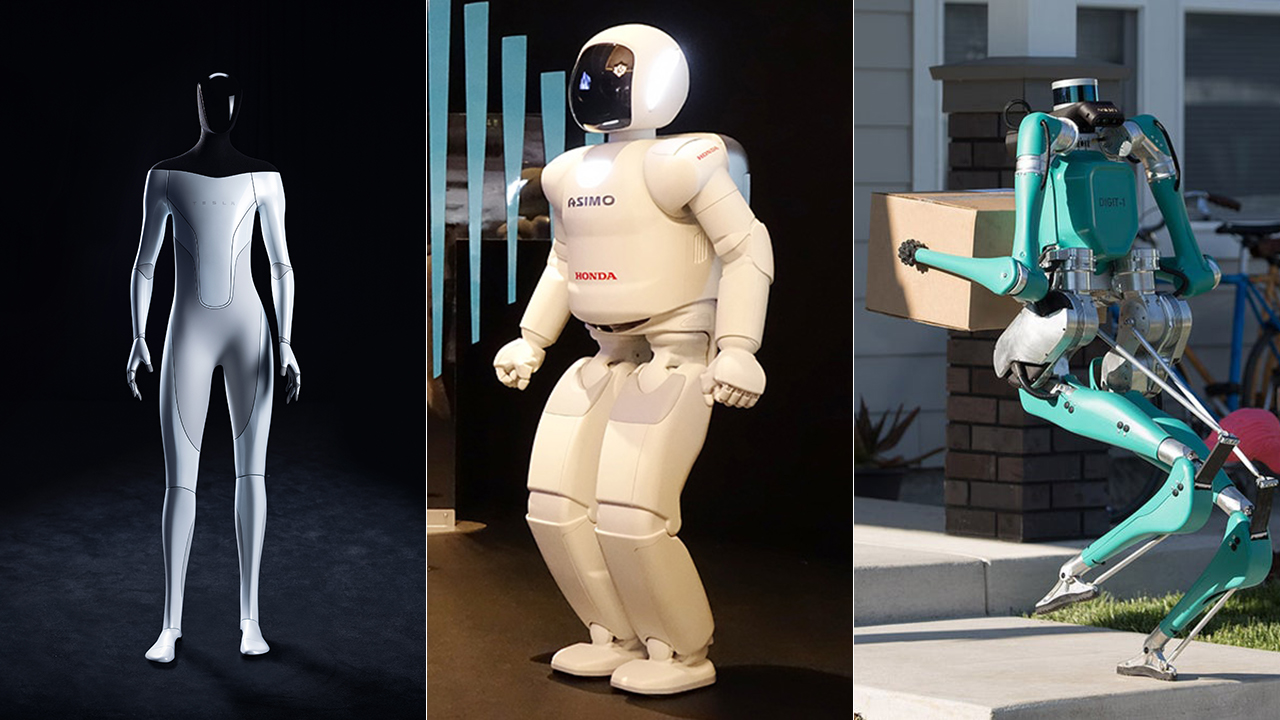 You have to learn to walk before you can run. Tesla on Thursday night announced plans to build a humanoid robot prototype next year designed to handle manual labor.

Elon Musk said the five-foot-eight Tesla Bot was being designed with the company's self-driving computer technology and would be able to lift up to 45 pounds and walk 5 mph, the limited strength and speed chose so humans can outmuscle or outrun it if things go oh so wrong.

It doesn't exist in the synthetic flesh yet, however, and was comically demonstrated at the Tesla AI Day event by a man in a skin-tight suit, but it'll have to get in line behind several other robots that have been previously developed by other automakers looking to expand their reach into the mobility space.

Honda began working on humanoid robots in the 1980s and celebrated the turn of the century in 2000 with the debut of Asimo, which was hailed as the first self-contained humanoid robot that could walk. The project was developed over the next 18 years to the point where it could run, jump and do things like open bottles with its hands. Honda discontinued it in 2018 to focus the tech on assistive devices and self-driving cars.

In 2007 General Motors began collaborating with NASA on its Robonaut project, which developed a humanoid robot from the waist up that could be attached to various bases and was sent to the International Space Station in 2011 and returned to Earth in 2018.

Toyota has been working on a variety of robotic projects for the past two decades that include trumpet-playing Partner Robots that can assist people with ability issues, a remotely-controlled humanoid called the T-HR3 for use in dangerous environments and the Cue4, which made an impression at the Tokyo Olympics basketball tournament by demonstrating its ability to drop threes like Steph Curry.

Ford doesn't make humanoid robots yet, but it teamed up with Agility Robotics to explore using them as door-to-door delivery "people" in conjunction with its upcoming self-driving car delivery service.

Hyundai has grand robotic ideas that include building walking cars and it decided to step to the front of the line by acquiring leading robotics firm Boston Dynamics this summer. The company recently released a new video of two of its humanoid robots performing a difficult Parkour routine that even Elon Musk called "impressive" on Twitter.