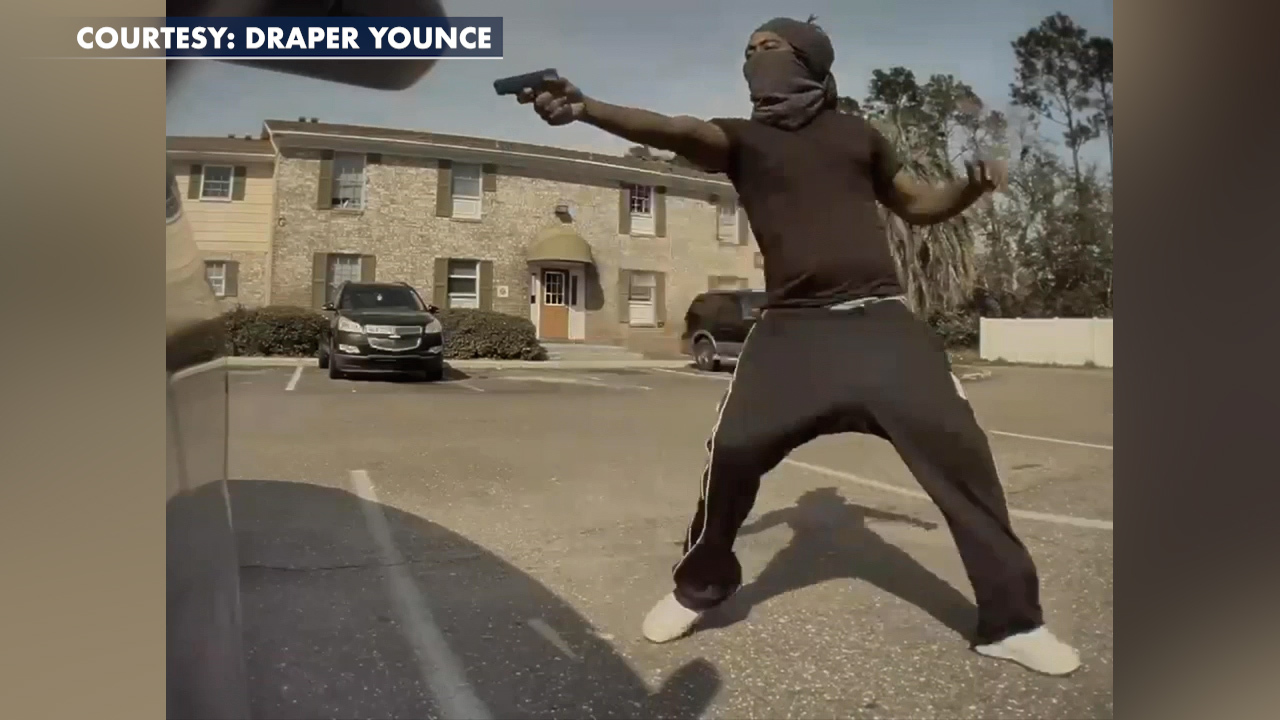 A 15-year Navy officer is crediting his Tesla for playing a "huge part" in saving his life during an attempted carjacking last week.

Draper Younce was in his Tesla Model 3 at an apartment complex in Jacksonville, Florida, on Friday when a carjacker ran up behind the car, pulled out a gun and screamed for him to get out of the vehicle.

Younce told FOX News that the features on his car, from its flush door handles, exterior cameras, horsepower and torque, as well as the "hold" feature which allowed him to sit stationary while still in drive, helped him escape.

An image of Draper Younce's Model 3 Tesla with the bullet hole in Jackson, Florida. (Draper Younce)

Because of the flush doors on the car, the carjacker "completely missed the door when he tried to open it," Younce said.

The mishap had caused the carjacker to lower his gun for a "split-second," giving Younce the chance to step on the gas pedal and "just take off."

"I literally snapped back into kind of the training that I've received throughout my career," he said. "I just had to look for that moment. I didn't know what the moment was going to be."

At the time, the car had been in "hold," which means although it was sitting idle, it was still in drive, allowing Younce to accelerate immediately.

"The car is ready to go, so I didn't need to put the car in gear or anything," he said.

The carjacker shot at Younce, but the bullet struck the car between the front and passenger doors.

Due to the car's eight cameras, Younce was able to capture the entire incident and hand it over to police to try and track down the man responsible.

There are eight cameras throughout the exterior of the car and at least four are always recording, he said. Then, if you honk the horn or get into an accident, the car will automatically save the previous 10 minutes including some moments afterward, he said.

"When I pulled away, I realized I said, 'oh, honk the horn, save the recording. You know, you got this guy on camera,'" he said.

After the incident, Younce jumped on Twitter to thank the car company's chief executive, Elon Musk.

"Thank you @elonmusk your car was a huge part in saving my life. Gotta make all cars bullet proof or gotta get me a #cybertruck," he tweeted.

The incident went viral with his tweet getting over 14,000 likes. It even caught the attention of Elon Musk who replied, "Wow."