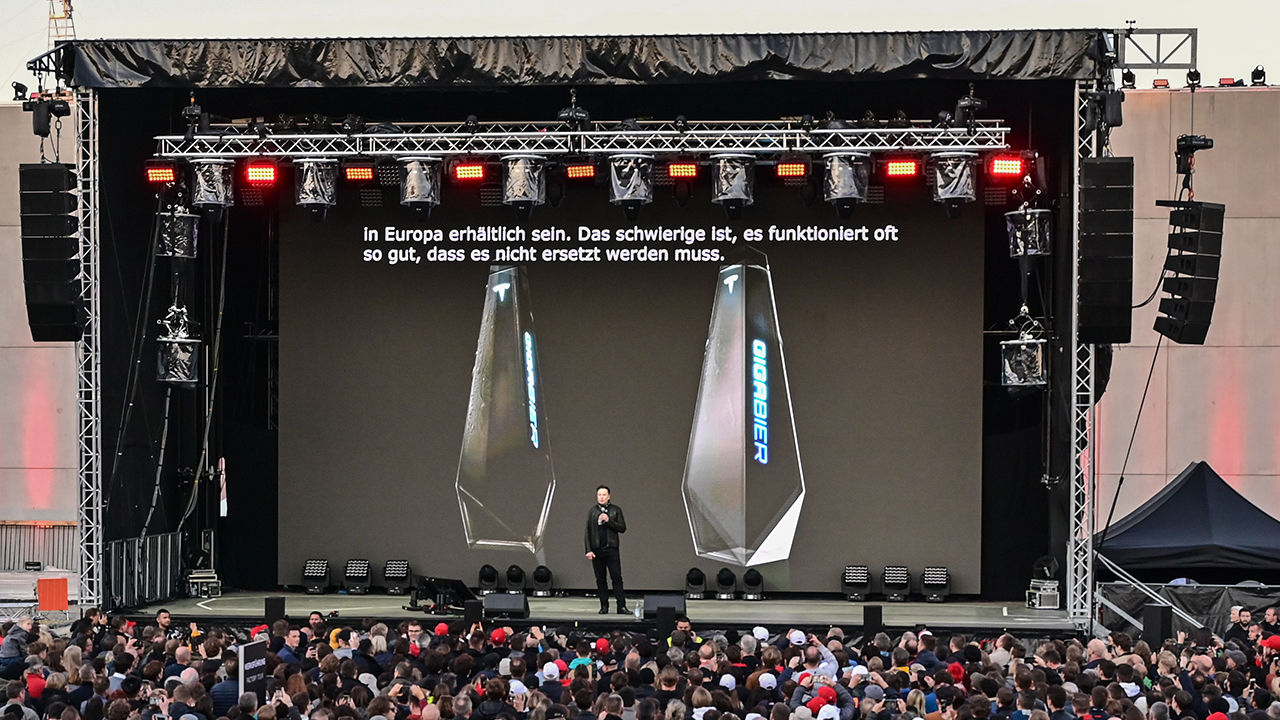 There is no competition for Tesla: Ross Gerber

Tesla is getting back in the booze business.

Elon Musk announced the Tesla Gigabier at the Giga-fest held to celebrate the opening of the automaker's new factory. (Patrick Pleul/picture alliance via Getty Images)

During the automaker's Giga-fest to celebrate the impending opening of its new factory in Germany this past weekend, Elon Musk said the company would be selling its own Gigabier at the factory. Gigabier is German for "Gigabeer."

Musk was talking about the train station and graffiti art that would be at the Berlin-area plant when he said, "and we’re even going to have a beer."

He didn't reveal anything more about the drink, but an image of a bottle with the same sort of angular design featured on the Tesla Cybertruck was flashed on the screen behind him.

In 2020, Tesla launched a limited-edition Teslaquila tequila that it sold on its U.S. website for $250 per bottle and offered a second run in 2021 that was also quickly spoken for. The lightning-shaped bottle is often listed by resellers online for over $1,000, with and without the liquor still inside.

The drink was inspired by an April Fool's joke tweet that Musk posted in 2018 declaring Tesla had gone bankrupt that was accompanied by a photo of him passed out holding a "bankwupt!" sign and the caption, "Elon was found passed out against a Tesla Model 3, surrounded by ‘Teslaquilla’ bottles, the tracks of dried tears still visible on his cheeks."

The price and availability of the Gigabier hasn't been announced, but Tesla is aiming to start production of the Model Y at the Germany factory by December.