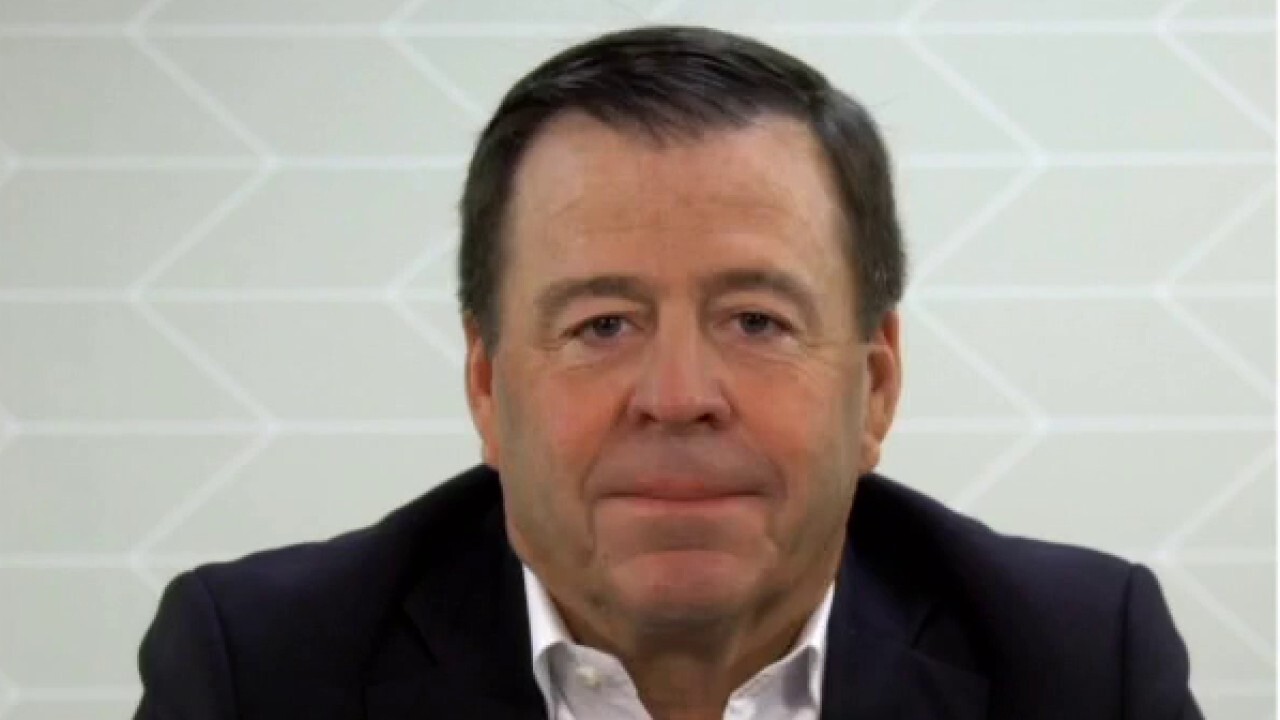 Subway CEO addresses tuna controversy: ‘We 100% stand behind our tuna’

Subway Restaurants CEO John Chidsey explains why he is defending the company's tuna and why it was 'the one thing we didn’t touch' in the menu revamp.

Subway Restaurants CEO John Chidsey addressed the tuna controversy on "Mornings with Maria" on Tuesday, saying sandwiches contain "100% tuna" and that the company stands behind the product after a lab report found there’s no actual tuna DNA in its sandwiches and wraps.

The New York Times had 60 inches of Subway tuna sandwiches from three different restaurants in Los Angeles lab tested after the chain was accused in a lawsuit reported earlier this year, alleging the fish is made from "a mixture of various concoctions," first reported by the Washington Post.

The tuna was frozen and sent out to the lab, which determined "no amplifiable tuna DNA was present in the sample and so we obtained no amplification products from the DNA. Therefore, we cannot identify the species," according to the Times.

GROCERIES ARE GETTING MORE EXPENSIVE DUE TO LABOR SHORTAGES ACROSS INDUSTRIES

The lab conducted a PCR test to see if Subway’s tuna featured one of five varying tuna species, the New York Times reported, explaining there are 15 species of fish that can be labeled tuna, according to the U.S. Food and Drug Administration’s Seafood List.

The lab determined two potential reasons why no tuna was detected in the sample, saying, "One it’s so heavily processed that whatever we could pull out, we couldn’t make an identification … Or we got some and there’s just nothing there that’s tuna," the newspaper noted.

Experts told the Times that when tuna is cooked, its protein breaks down, making it hard to identify, so the lab results may not be accurate, according to the Times.

Chidsey brought up that point on Tuesday, telling host Maria Bartiromo, "if you follow the science, once tuna is cooked its DNA becomes denatured, which means you can’t tell once the product’s been cooked."

"Even the New York Times said that in its article," he continued.

The food fraud investigation comes on the heels of a complaint filed with the U.S. District Court of the Northern District of California suing the sandwich chain for fraud, with the plaintiffs alleging they were lied to and "tricked into buying food items that wholly lacked the ingredients they reasonably thought they were purchasing."

Subway responded to the lawsuit in January, saying there is "no truth to the allegations in the complaint" and affirming the chain "delivers 100% cooked tuna to its restaurants," Fox News previously reported.

Speaking with Bartiromo on Tuesday, Chidsey pointed to the website Subwaytunafacts.com, which was created by the company "to set forth the facts and help clarify any misunderstandings" regarding the tuna. The website notes that Subway uses "wild-caught skipjack tuna regulated by the Food and Drug Administration."

The website explains that "what actually happened is that the New York Times commissioned a test that couldn’t detect tuna DNA in their sample" and that "according to scientific experts, this is not unusual when testing cooked tuna."

"We 100% stand behind our tuna," Chidsey told Maria Bartiromo.

"It’s the one ingredient we didn’t even touch in the largest brand refresh in the history of this brand," he continued.

Earlier this month, the sandwich chain announced that it is revamping its menu and incorporating "important digital upgrades" in its restaurants.

Chidsey explained the revamp on FOX Business on Tuesday, the day "the biggest changes in the brand’s history" take effect following "consumer research" showing "they were desperate for food innovation." 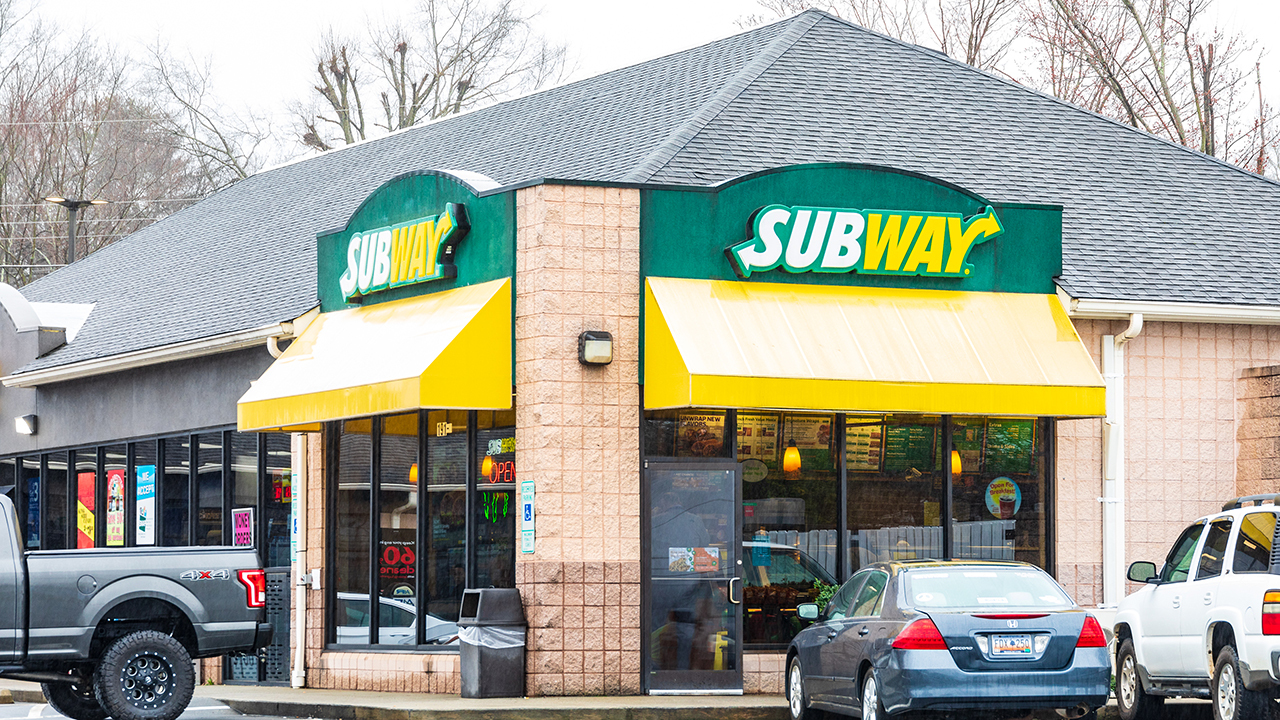 Chidsey noted that the company spent the last 16 months upgrading the quality of most of the core products, including ham, turkey, and smashed avocado. Subway fans will now see more than 20 menu updates, which includes 11 new and improved ingredients, six all-new or returning sandwiches and four revamped signature sandwiches, according to the company.

Chidsey said on Tuesday that the assortment of new sandwiches and new core products will now be available, but stressed that "tuna is the one thing we didn’t touch because that was a product that our consumers loved."

Bartiromo asked Chidsey if the menu revamp will lead to higher prices, especially given inflation has sent food prices soaring.

Chidsey said that when the company "did this refresh, when we dreamed up what we needed to do months and months ago, that was obviously pre-COVID and before a lot of these supply chain issues."

He noted that "obviously when you have higher quality items, they’re going to cost you a bit more," but said that the company looked for other ways to offset the cost, including making changes to the company’s packaging, which he said was initially successful.

However, the recent inflationary pressure created challenges and now Subway is looking for ways to mitigate the increased costs to consumers as much as possible, Chidsey said.

He warned that some of the inflationary burden could be passed along to the consumer, but added that he believes it’s "too early for us to tell really how much impact that will have."

Chidsey made the comments on the same day it was revealed that U.S. consumer prices rose last month at the fastest pace since August 2008.

The Labor Department said Tuesday that the consumer price index rose 0.9% in June, faster than the 0.6% increase in May. Analysts surveyed by Refinitiv were expecting a 0.5% gain. Food prices rose 0.8%, according to the department.