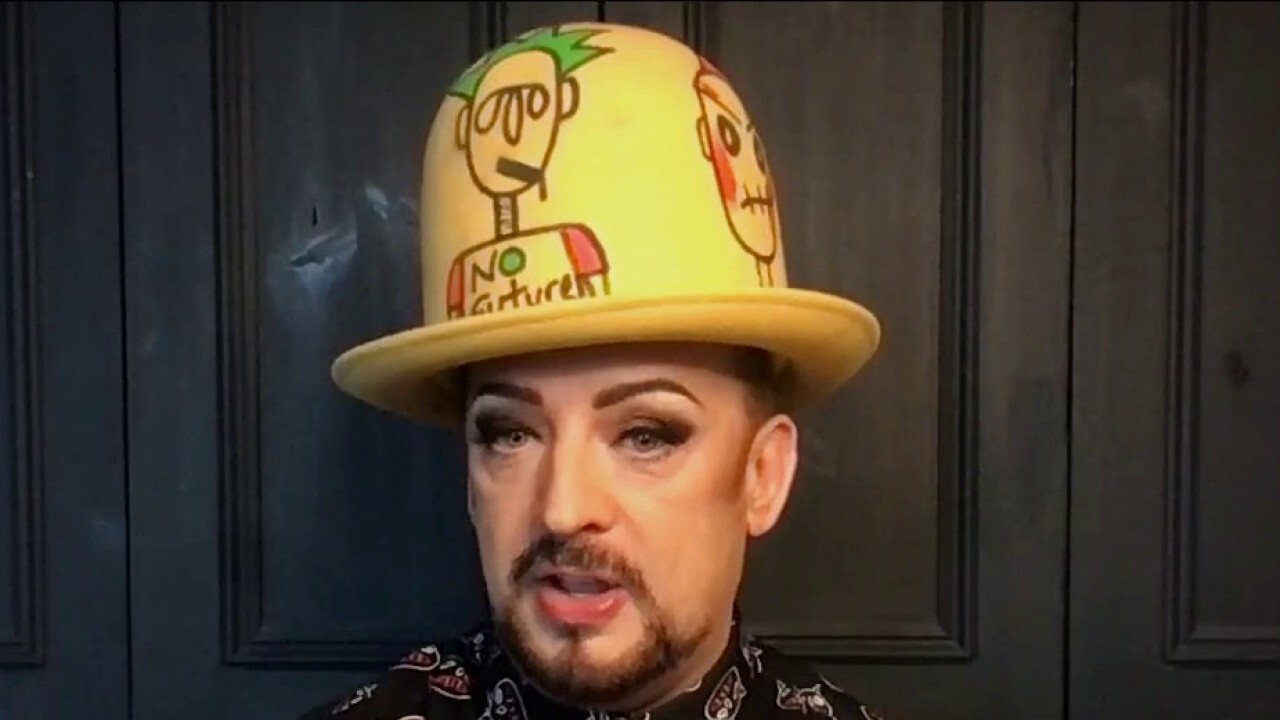 The musician, 59, spoke to Maria Bartiromo on "Morning with Maria" about his new deal and why he's excited about NFT.

"[It's a] new kind of platform where people are just finding new ways to kind of own these things and have relationships with [them]," he told Bartiromo on Friday.

"One of the greatest things that's happened to me this year was selling a piece of art for the NHS [National Health Service] here in England, which sold for a lot of money. So that's exciting. But so far this year I've sold stuff and it's been for charity, which has been amazing. That's a nice kind of acknowledgment for being a creative person. I don't think this is a replacement for large shows because this is a new emerging sort of world that's happening and people are collecting art in a different way. Also, art is now available to more people," he added.

Boy George also reflected on not being able to perform large, live concerts since the pandemic started last year.

"I have to start by saying I've been very lucky because I'm successful and I have a roof over my head so that I'm deeply grateful," he said. "I've just kept my head down during this year, but I've been allowed because of this space to make a lot of music... I love working. I'm a workaholic. I love being on tour."

The entertainer, whose real name is George Alan O'Dowd, has leaned on social media as a way to connect to his fans across the world.

"This morning I sent a message to someone who posted a message saying he wants to kill himself.. and I was like, here's my chance to say something to this kid, to hopefully not keep him going down that road, you know? Social networking is a beautiful thing and it's a hostile thing," he reflected.