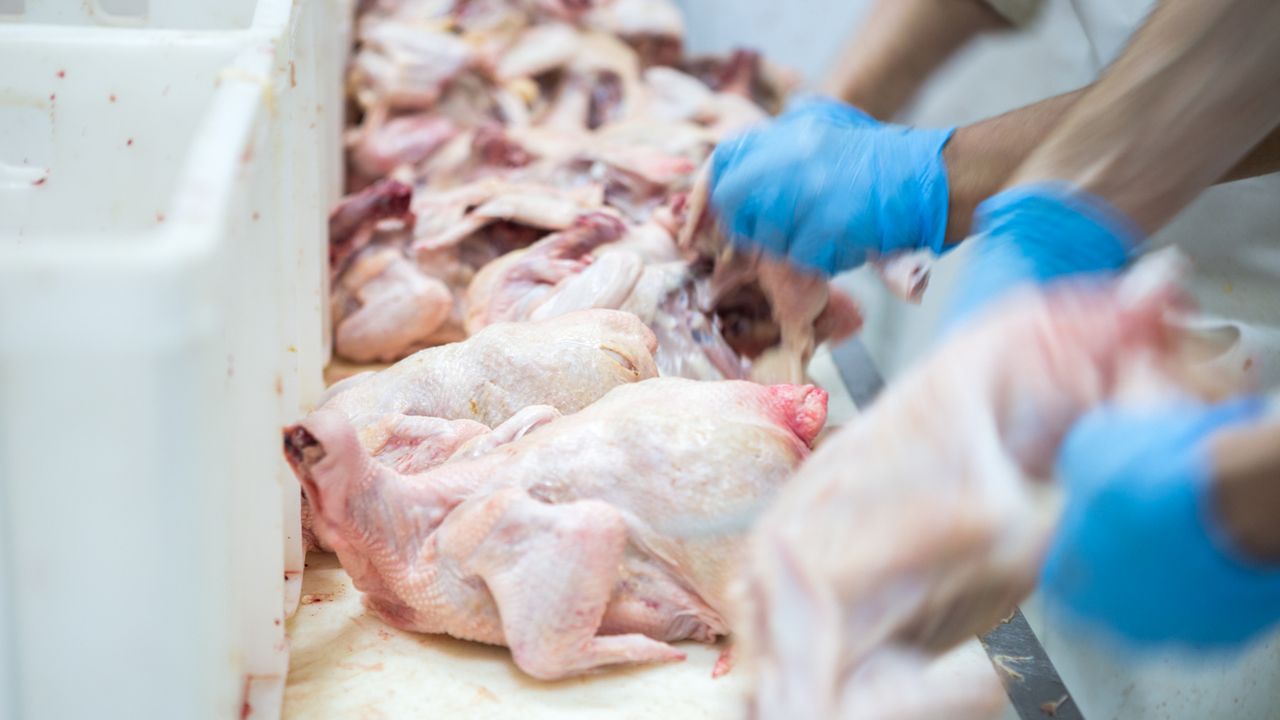 Despite rising demand for chicken, Sanderson Farms may decide to wait to build another chicken processing plant.

On Tuesday, Sanderson Farms CEO Joe Sanderson spoke during the Goldman Sachs Global Staples Forum and said its newest processing plant may be delayed. In part, that could depend on the cost of soy and corn, Sanderson said.

Sanderson said he is also wary of the high cost of building materials, which make this a bad time for building -- despite the company’s desperate need for a new plant.

"Another thing I think we’re going to look very hard at is the cost of building a plant right now, with concrete and steel prices where they are, and with lumber prices, where they are right now," Sanderson said during the forum. "My opinion is -- and we’ll get some data on this -- but right now just, it’s not a good time to build a plant. Everybody in the world is building right now."

PIZZA HUT LAUNCHES NEW BOOK IT! PROGRAM AS PART OF ITS NOSTALGIA-THEMED CAMPAIGN

However, Sanderson explained, the company is in dire need of a new plant. He said Sanderson Farms has been unable to take on new customers and orders because the company has been selling out of the chicken it processes.

Sanderson Farms may decide to wait to build another chicken processing plant because of increased building costs, even though the company is struggling with high demand. (iStock)

"While we need a plant right now -- we need it, I need a plant to open up next week -- But it is not a good time to be building a processing plant," Sanderson said.

"That is not a good place to be," he added later.

Seeking Alpha reported that "Sanderson Farms is one of the first companies to warn that it could delay expansion plans" due to rising building costs.

According to the website, the company’s shares closed -1.6% Tuesday in response to Sanderson’s comments.

During the forum, Sanderson also noted the recent rise in demand for chicken.

"After three years of kind of barely getting by and just scratching out a living, what we are experiencing right now is a welcome relief," Sanderson said, explaining that Sanderson Farms has been able to increase prices in the last year.

"It began with chicken sandwich promotions at the quick-serve, fast-food restaurants," Sanderson said later. "And then it -- we saw our food service plants sales start increasing as more states opened up their economies and restaurants started opening back up.

"Our sales to our food service broad-line distributors has increased as people started going back out to eat, and we actually think that is going to continue," Sanderson added.