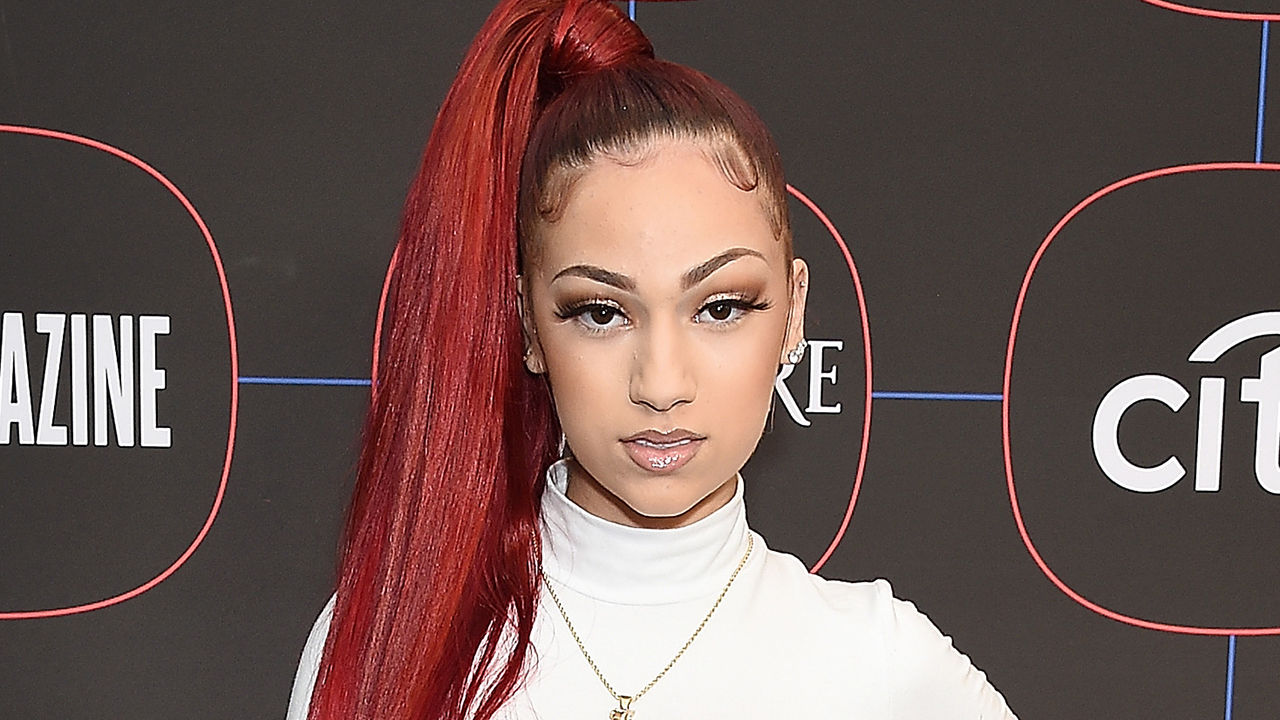 Rapper Bhad Bhabie set the internet ablaze after earning more than $1 million in just under six hours in her OnlyFans debut.

Bhabie, whose real name is Danielle Bregoli and who's also recognized as the viral “Cash Me Outside” girl, is charging $23.99 per month for access to exclusive photos and videos on her OnlyFans page.

“From now on im gonna do whatever the f—k I want,” she captioned an Instagram post on Wednesday.

Danielle Bregoli attends the LA Premiere of "47 Meters Down Uncaged" at Regency Village Theatre on August 13, 2019, in Westwood, Calif. (Photo by Axelle/Bauer-Griffin/FilmMagic)

Bregoli shared a picture of metrics she claimed to be from her OnlyFans account and in the Instagram post of the monetary figures, Bregoli certainly made a haul from OnlyFans – just over $1 million, including $757,526.08 from subscriptions, $267,675 from DM payments, and $5,502.35 in tips.

“Not bad for 6 hours,” she raved of her collection. “We broke the f—k out of that onlyfans record.”

BELLA THORNE APOLOGIZES AFTER BEING BLAMED FOR ONLYFANS PAYMENT LIMITS

A spokesperson for OnlyFans confirmed that Bregoli did eclipse the $1 million threshold in under six hours of her account being active on the platform.

“We can confirm that her post stating that she passed $1M within 6 hours is accurate,” the note reads.

Actress Bella Thorne previously held the OnlyFans garnering more than $1 million in her first 24 hours on the platform in August 2020. (Photo by MICHAEL TRAN/AFP via Getty Images)

The previous OnlyFans record holder was Bella Thorne, who garnered more than $1 million in her first 24 hours on the platform in August 2020.

In less than a week online, Thorne said she collected $2 million from fans, however, was met with backlash from sex workers who felt Thorne encroached on their territory, making such amounts because of her celebrity status.

Some OnlyFans users, who sell X-rated photos of themselves online, also blamed Thorne after the company capped transaction limits at $50, compared to $200, and implemented a 30-day waiting period for payments.

A spokesperson for OnlyFans told FOX Business at the time that changes to transaction limits "are not based on any one user."

"Transaction limits are set to help prevent overspending and to allow our users to continue to use the site safely," an OnlyFans spokesperson said. "We value all of the feedback received since this change was implemented and we will continue to review these limits. Our objective remains to provide the best platform possible for the OnlyFans community."

Originally famous for her viral blow-up on “Dr. Phil,” Bhad Bhabie's 2018 single "Hi Bich" has been certified platinum by the RIAA, and she parlayed that into becoming the face of Snapchat last year and raked in roughly another $1 million during her latest 25-city tour.

In 2019, the internet star also signed a six-month, $900,000 deal with the makeup company CopyCat Beauty, which netted her a percentage of its sales.

At the time, TMZ reported that if Bregoli boosted profits for the company, her deal had the potential to turn into a long-term partnership or she could score an opportunity to launch her own line of cosmetics.

Bregoli isn’t shy about flaunting her fortune online. Since her multiple appearances on “Dr. Phil,” she's acquired a Porsche Panamera, spent $45,000 on a diamond grill and chain in August 2017 and even shelled out $40,000 on a brand-new set of porcelain veneers. She also paid off her mother’s $65,000 mortgage, according to the outlet.