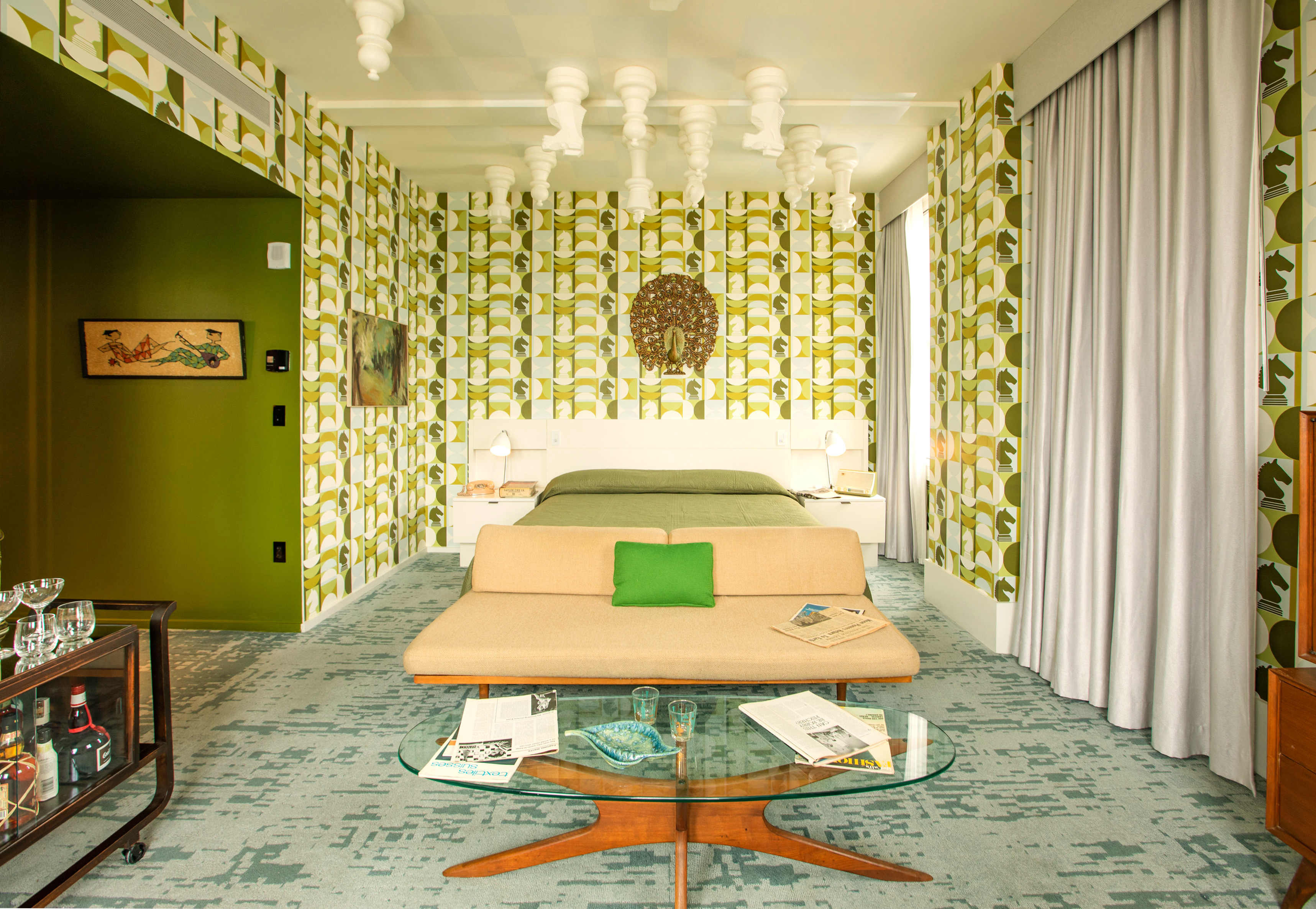 Now you can sleep like Beth Harmon, with chess pieces on the ceiling and all.

Kentucky’s 21c Museum Hotel has partnered with the city of Lexington’s tourism group, VisitLEX, and creative agency CORNETT to create a hotel room inspired by the popular Netflix series “The Queen’s Gambit.”

The Harmon Room -- named after the series’ main character, Beth Harmon -- is designed in the same 1960s style featured in the show, complete with custom-made chess-themed wallpaper and vintage furnishings.

The room also has a locally made chess set in the room, which can be purchased, and a complimentary “Lex Liquors” tote bag, which is seen on “The Queen’s Gambit.”

The Harmon Room, at 21c Museum Hotel Lexington, is based on the Netflix series "The Queen's Gambit," complete with an overhead chessboard.  (Courtesy of VisitLEX)

The centerpiece of the room is a large overhead chess set installed above the bed, which is “an artistic recreation of Beth Harmon’s drug-induced hallucinations,” the VisitLEX website says.

“The Queen’s Gambit,” based on the 1983 novel of the same name by Walter Tevis, mostly takes place in Lexington, which is why VisitLex, 21c Museum Hotel and CORNETT decided to design The Harmon Room.

The room is designed in the same 1960s style featured in the show, complete with custom-made chess-themed wallpaper and vintage furnishings. (Courtesy of VisitLEX)

“The Queen’s Gambit put a spotlight on Lexington and piqued people’s interest in our community at a time when we could really use a boost,” Gathan Borden, VisitLEX’s vice president of marketing, said in a statement. “The Harmon Room and all of the activities we have planned around it are our way of rolling out the red carpet for visitors and another fun example of the way we use creativity to market our incredible city.”

The Harmon Room is only available for a limited time.  (Courtesy of VisitLEX)

Aside from the uniquely designed room, VisitLEX also released a guide specifically for fans of “The Queen’s Gambit,” which includes the Ben Snyder Department Store, Bradley’s Pharmacy and Corner Store and the Henry Clay High School -- which are featured locations in the show.

Fans who want to book the Harmon Room have to call 21c Museum Hotel Lexington, though the room is only available for a limited time, according to the website.