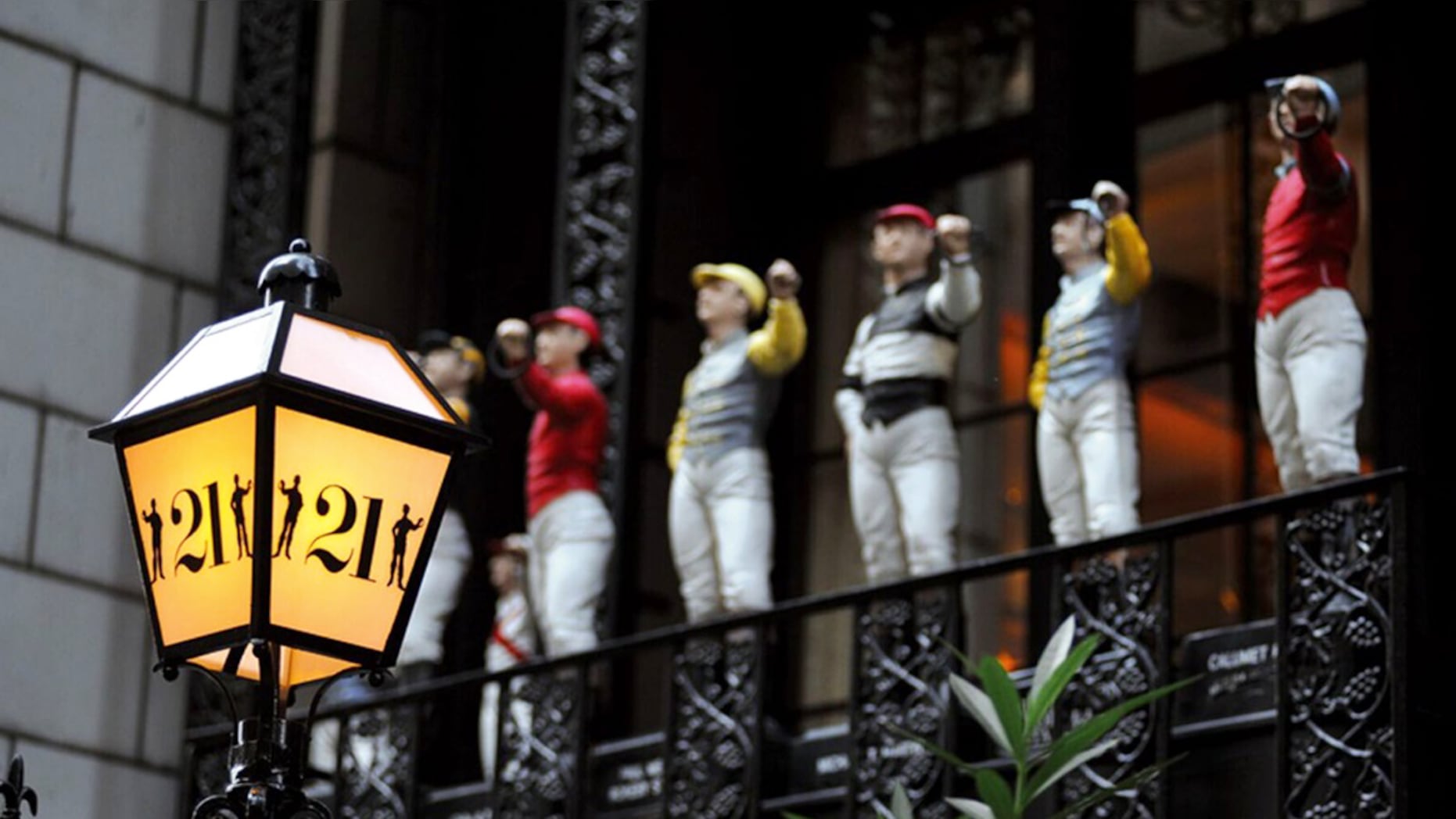 New York City’s iconic 21 Club, despite remaining a mainstay of the Big Apple's social scene for nearly a century, is the latest bar and restaurant to fall victim to the coronavirus pandemic.

The former speakeasy first opened during the Prohibition era, and has counted presidents, athletes, renowned artists and many more high-profile guests among its clientele throughout the years.

But that’s coming to an end, according to a tweet from CNBC reporter David Faber Friday afternoon.

A spokeswoman for the restaurant’s parent company said it had been temporarily closed since March to protect its patrons and employees during the coronavirus pandemic, and that the owners wanted to reopen in the future but could not yet say how or when.

"In light of the ongoing global crisis and anticipated extended recovery period for the hospitality industry, the difficult decision was made that it will not be feasible to reopen the 21 Club in its current form for the foreseeable future," Ülkü Eruçar-Kenny, the spokeswoman, told Fox News Saturday. "The company is exploring potential opportunities that will allow 21 Club to remain a viable operation in the long term, while retaining its distinctive character."

"At this early stage, we are not ready to announce any final concept or timeframe," Eruçar-Kenny said Saturday. "But the vision is that 21 Club will always remain an important social and cultural hub and icon of New York, one that is well-positioned to fulfill its role in the City’s exciting future when the time comes.

The five-story restaurant’s eye-catching entranceway on 21 W. 52nd St., is adorned by 35 jockey statues. It has been closed for most of the coronavirus pandemic.

It boasts having served historic figures ranging from past presidents to the Nobel-winning novelist Ernest Hemingway to tennis legend John McEnroe.

After Prohibition agents raided it in 1930, the restaurant’s owners hired an architect to build in camouflaged doors, secret chutes and even “quick-release bar shelves,” according to the restaurant’s website. That was the last time it was caught operating as a speakeasy.

The restaurant's wall art includes pieces from Frederick Remington and McClelland Barclay, and Walt Disney and Peter Arnor, of the New Yorker, have given cartoon dedications. It also has modern collections from Francesca Anderson and Wynne Evans. Its Bar Room has mementos from former Presidents John F. Kennedy and Bill Clinton, tennis racquets from McEnroe and Chris Evert, and a baseball bat from Hall of Famer Willie Mays. It's reportedly hosted every sitting president since Franklin D. Roosevelt, aside from George W. Bush and Barack Obama.

President Trump was reportedly a fan of the eatery for years.

The restaurant was celebrating its 90th birthday this year -- and an August Facebook post said it was looking forward to 90 more.

News of the closure comes on the same day New York Gov. Andrew Cuomo announced he was once again shutting down indoor dining in the city beginning Monday.

Restaurant owners and industry groups, who already are facing sharp declines in business, have blasted the plan.

“Unfortunately, the worst is yet to come,” Michael Vendome, who owns a pair of Italian restaurants in Manhattan and Queens, told Fox Business Friday. “Closure rates will be astronomical. It breaks my heart to see what’s happening to the city I love.”