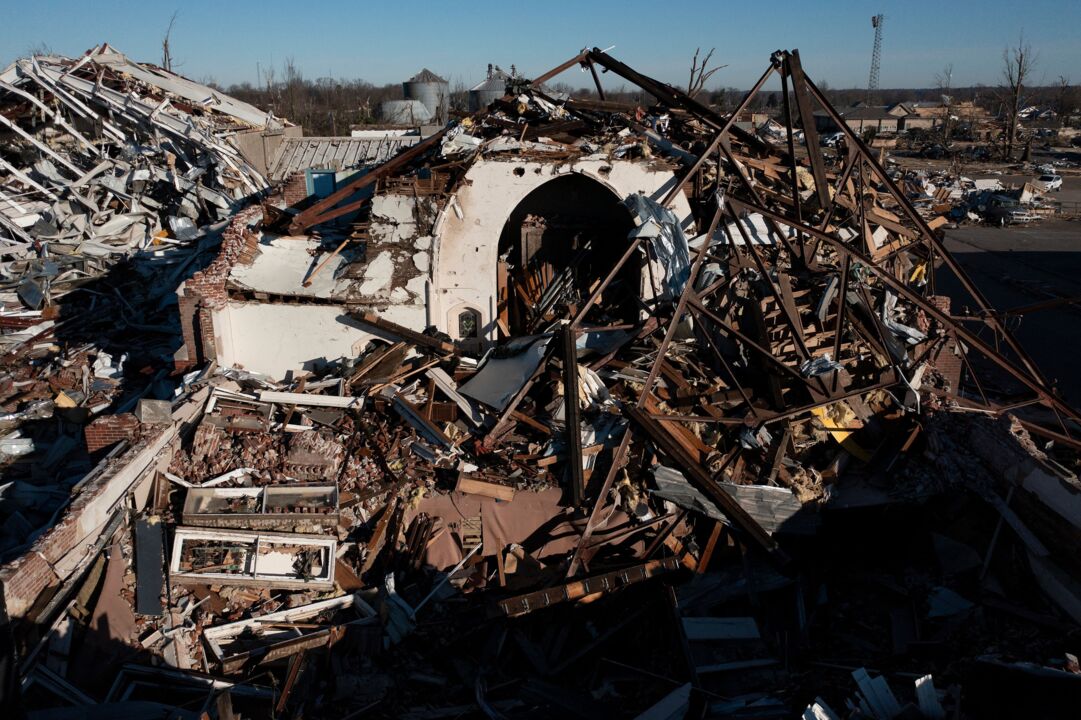 More than 24,000 Kentucky residents are still without power Tuesday morning, five days after a swath of deadly tornadoes struck the South and Midwest.

As of 11:30 a.m. ET, 24,714 people across the state remained in the dark, according to Poweroutage.us. The highest concentration of outages is in Hopkins County as well as Graves County, where Mayfield, one of the hardest-hit towns, is located.

"Our infrastructure is so damaged. We have no running water. Our water tower was lost. Our wastewater management was lost, and there’s no natural gas to the city. So we have nothing to rely on there," Mayfield Mayor Kathy Stewart O’Nan said in an interview on "CBS Mornings." "So that is purely survival at this point for so many of our people."

Five states – Kentucky, Illinois, Arkansas, Tennessee and Missouri – were slammed by the tornado outbreak Friday that killed at least 88 people.

At least 74 people died in Kentucky, the hit hardest of all. At least four tornados slammed the state with one touching the ground for more than 200 miles, according to Gov. Andy Beshear.

It was "the worst tornado event in state history," according to Beshear.

Beshear vowed that the state isn't going to let "families go homeless" and said that lodges in state parks were being used to provide shelter.

Families who are in need of emergency housing are being encouraged to contact their local emergency management office before arriving at a Kentucky State Park.

Meanwhile, crews have been working around the clock to restore power.

Louisville Gas and Electric and Kentucky Utilities deployed over 600 employees and contract line technicians to help with restoration efforts following the storm.