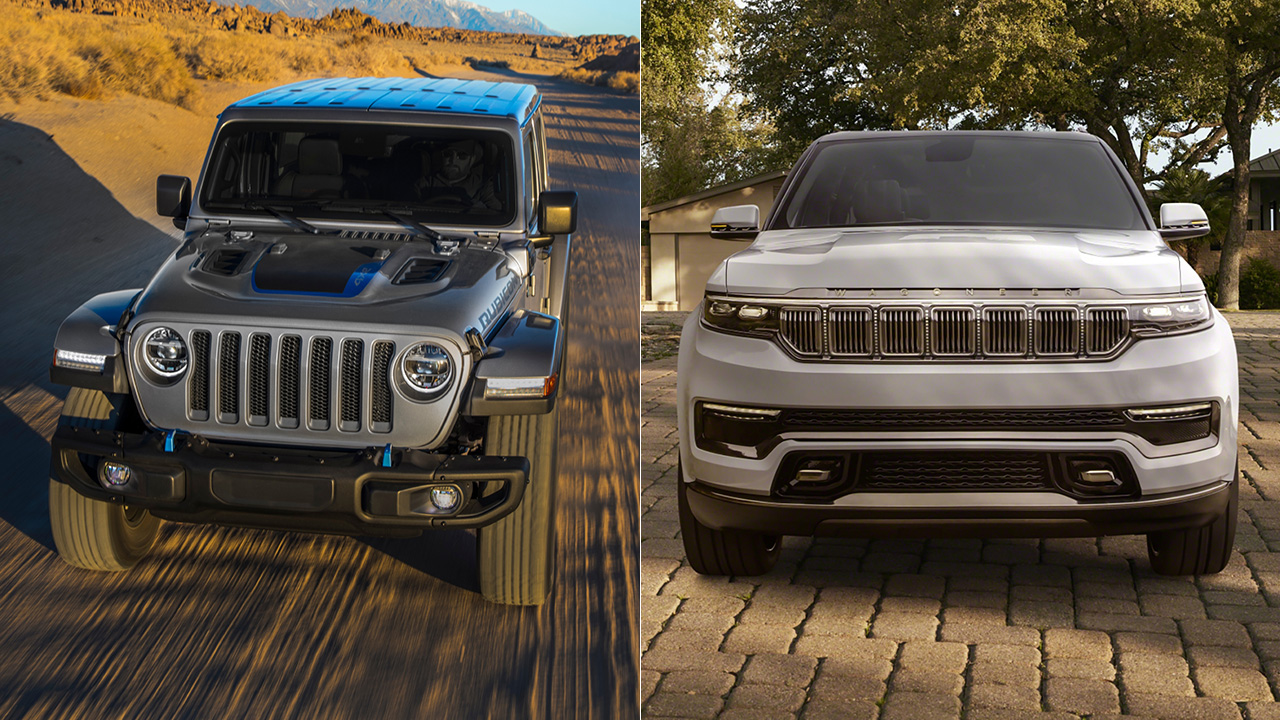 The brand is launching a plug-in hybrid version of the Wrangler along with its first three-row Wagoneer and Grand Wagoneer SUVs, which resurrect classic model names.

The Wrangler 4xe combines two electric motors with a turbocharged four-cylinder engine, an eight-speed automatic transmission and a 17 kWh battery pack packaged under the rear seats to provide up to 25 miles of all-electric driving. Its overall fuel efficiency rating is estimated to be equivalent to 50 mpg for longer trips that require it to operate in hybrid mode.

The 4xe offers Jeep a unique selling point against the new Ford Bronco that begins deliveries next June without any hybrid options.

Jeep is previewing the new Wagoneer and Grand Wagoneer with a concept that showcases the potential of the model in its highest form, but the full-size, truck-based SUVs will compete against a range of models from the Chevrolet Tahoe and Ford Expedition to the Cadillac Escalade and Lincoln Navigator.

The segment accounted for over 350,000 sales in 2019 at prices ranging from about $50,000 to $100,000. Jeep last offered the Grand Wagoneer as a standalone model in 1991 and the new trucks have been in development since Commander three-row crossover SUV was discontinued in 2010 due to low sales.

Like the GM and Ford trucks, the Grand Wagoneer Concept has a fully independent suspension to give it better ride quality than the Ram 1500 truck it likely shares a platform with. Jeep says the concept features a plug-in hybrid four-wheel-drive powertrain, but has not revealed its details.

The interior is trimmed in synthetic leather and suede, Onyx glass, aluminum and lacewood and features seven digital displays, including one on the dashboard for the front passenger, and a 23-speaker McIntosh audio system.

Jeep hasn’t confirmed how much of that will make it to the production version, but says they will be the “the most efficient and responsible Jeep vehicles ever” when they go on sale next year.