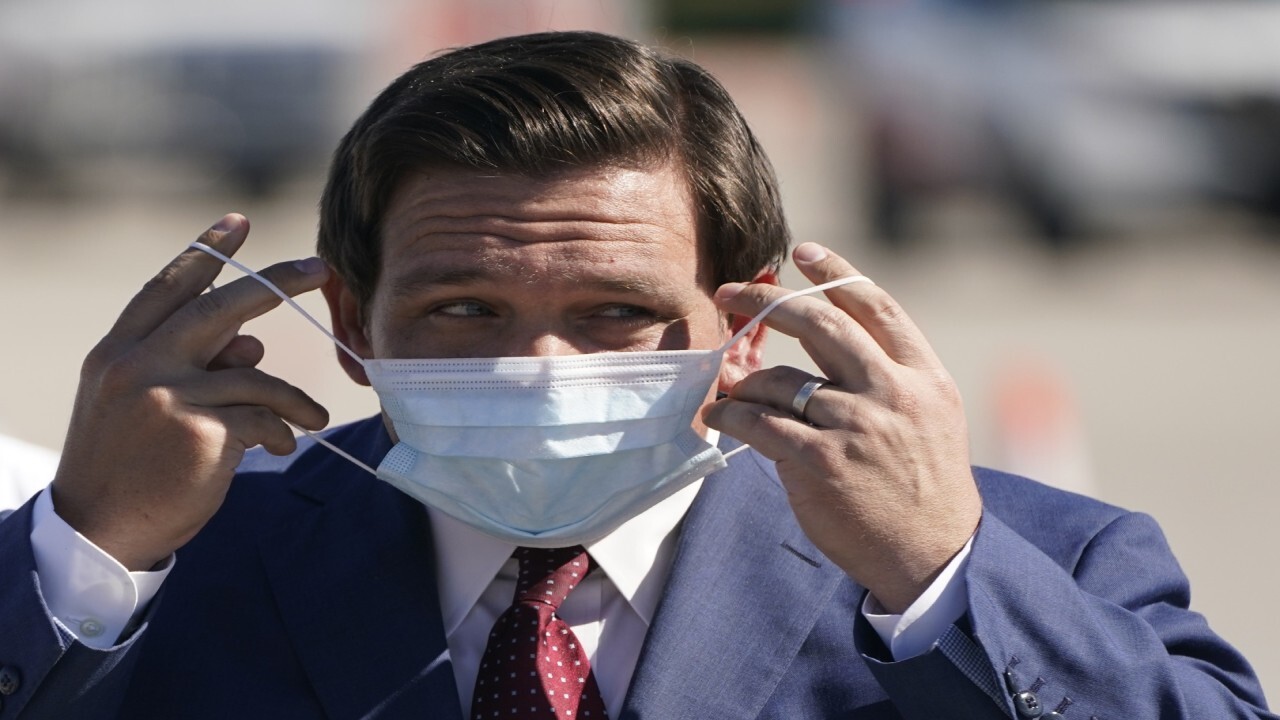 New York or Florida: Who's handling the coronavirus pandemic better?

Dolly Lenz Real Estate's Dolly and Jenny Lenz compare how small business and real estate are performing in each state.

“I’m absolutely disgusted that the governor of this state has 100% taken the ability to vaccinate our residents in Palm Beach County out of the hands of our public health officials and our medical officials  and given that authority to a corporate entity,” McKinlay said at Tuesday's commission meeting.

According to the county's health director, Dr. Alina Alonso, Palm Beach is "very, very low on vaccine," noting that the majority of doses are primarily going to 67 Publix pharmacies in the county as part of a pilot program with the state.

"We're the only county where all this vaccine is going to Publix, until [DeSantis] chooses other counties to do this," Alonso said. "Right now, that vaccine, Moderna, is going to Publix. That's not in our hands."

Alonso said the Palm Beach County Health Department will receive enough vaccine to finish first doses through Feb. 5. After that, the health department will only receive vaccine for second doses.

McKinlay's critcism against Desantis came shortly after he announced during a news conference in Vero Beach that 11 Publix pharmacies in St. Lucie County and eight in Indian River county would being offering COVID-19 vaccines later this week.

DeSantis said that he had met with Palm Beach County Mayor Dave Kerner and other county officials weeks before the rollout of the pilot program with Publix.

"We told them about Publix. They were like, yeah, bring that here. We think that will be good, cause they have so many seniors that live so close to Publix," DeSantis recalled.

The governor also claimed that 90 percent of senior citizens in Palm Beach County live within a mile-and-a-half of at least one Publix.

However, McKinlay pushed back against that claim, explaining that there are pockets in Palm Beach County where Publix locations in close proximity to seniors do not have pharmacies. She also referred to the county as a "vaccine desert," noting that the nearest available Publix location from Loxahatchee Groves is 108 miles away in Lee County.

"Yet [DeSantis] has decided that the best people to distribute the vaccine and to make it available to the residents in our county is a private corporation and not the health officials in this county," McKinlay said. "Shame on him for thinking that was appropriate for our county. I commend Publix and their willingness to be our partner, but they should not be the ones in charge."

McKinlay also blasted the governor for suggesting that seniors should write to their representatives for more doses, arguing it's the governor's responsibility to ensure Florida's 4 million seniors are able to get vaccinated sooner rather than later.

Palm Beach County commissioners have agreed to write a letter to Gov. Desantis to express their concern that the health departmet is no longer getting an allotment of vaccines as well as a letter to the county's congressional delegation urging members to persuade federal health officials to increase the number of doses being sent to the county.

Meredith Beatrice, a spokesperson for Desantis, told FOX Business in a statement that McKinlay's comments are "outrageous and completely baseless."

"On January 12, Governor DeSantis met with Palm Beach County Mayor Dave Kerner, as well as County Administrator Verdenia Baker and Commissioner Mack Bernard," Beatrice said. "Not only was Commissioner McKinlay noticeably absent from the discussion, but she also must have missed that the request for vaccine to be sent to Publix locations came at the county’s request. Less than a week after the meeting, on January 19th, Governor DeSantis followed through on the county’s request and announced the partnership with Publix locally."

Beatrice added that Mayor Kerner is "delighted about the partnership and continues to see great progress" and that Publix has been "willing to open every location for the vaccine and was the first partner ready locally to deploy the vaccine to the broader senior population."

"The Governor is proud to be partnering with Palm Beach County Mayor Kerner, and others, on innovative pilot programs that make the vaccine as accessible as possible in communities across the state and we look forward to building on this partnership," the statement concluded.

Desantis has been a vocal critic of the Biden administration's response to the pandemic, arguing Tuesday that Florida would have the ability to administer 500,000 shots per week if the federal government would simply send more doses than the 266,000 the state has been receiving weekly.

However, McKinlay questioned why DeSantis rejected the Biden administration's offer to send FEMA to open COVID-19 vaccination sites to help with the state's distribution, and is now blaming the federal government for the supply shortage.

"I'm sorry but President Biden has been in office for six days," McKinlay said. "Where the hell has the governor been since the vaccines became available more than six weeks ago?"

White House press secretary Jen Psaki said on Monday that Florida had only distributed about 50% of the vaccines that they have been given so far.

"Clearly they have a good deal of vaccine, that supply will need to continue to increase as they are able to effectively reach people across the state," Psaki explained. "But part of the challenge as we were just talking about is not just having the supply, that's pivotal, but also having vaccinators and having vaccine distribution places and doing it in a way that's reaching people where they are and meeting local communities and the President is going to be focused on that in a bipartisan manner regardless of what any elected official may have to say."

Alonso noted that Palm Beach County was hoping to be in Phase Two of its vaccination plan by now, but currently is in "no way ready."

Phase Two, which will open vaccinations up to more groups and populations through mass vaccination centers, clinics, mobile units, pop-up sites, and community points of distribution, is expected to begin in February or March.

Meanwhile, Phase Three, in which the general population as a whole can get vaccinated, likely won't happen until April at the earliest.

The Centers for Disease Control and Prevention reported on Tuesday that the federal government has administered over 3 million doses to the state of Florida, with more than 1.5 million doses administered to date.  According to the latest data from the Palm Beach County Health Department, more than 130,000 COVID-19 vaccine doses have been administered in the county to date as of Monday.