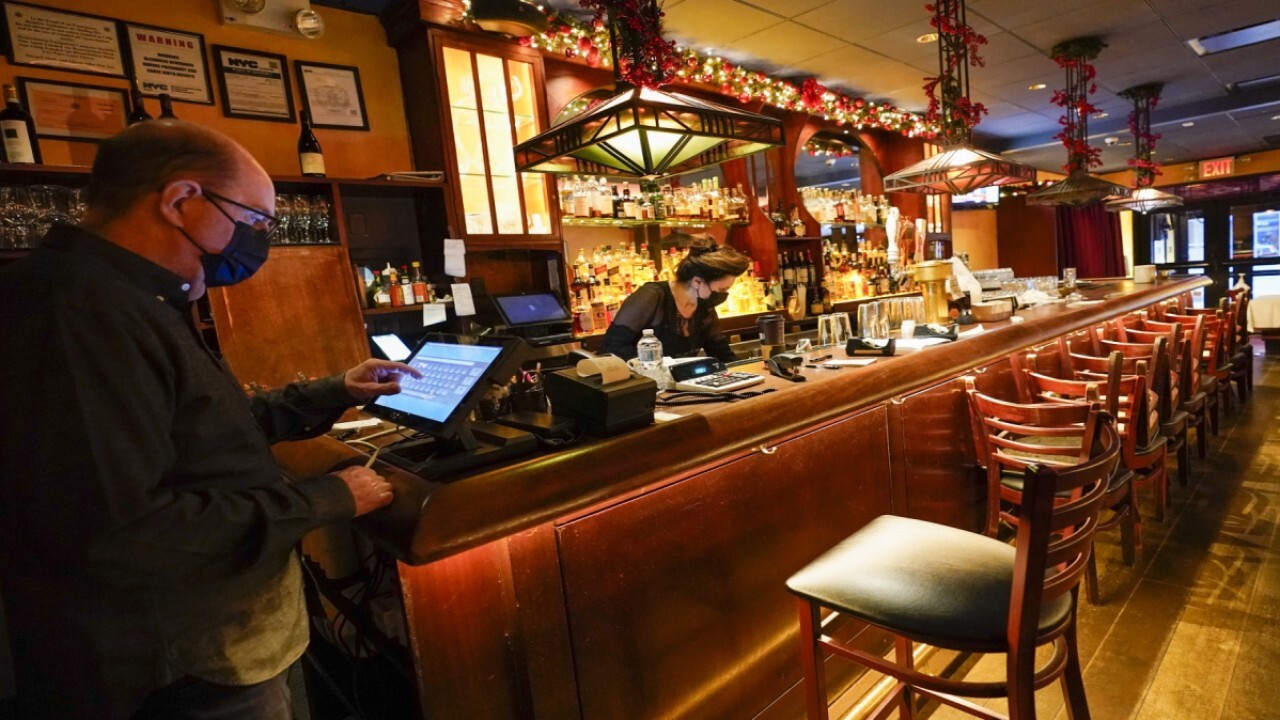 As more states and cities reopen indoor dining rooms, New York City restaurateurs are asking officials to do the same.

The New York State Restaurant Association is calling on Gov. Andrew Cuomo to allow limited indoor dining and extend a 10 p.m. curfew (to 12 a.m.) for restaurants in New York City, particularly ahead of the Super Bowl, which many bars and restaurants are desperately relying on for profit.

New York State Restaurant Association (NYSRA), which represents thousands of restaurants, said in a press release that making changes to state restrictions will  “give restaurants in New York City the opportunity for more business and allow upstate restaurants to seat an additional service that is not available under current curfew restrictions."

“We all know about the dire financial crisis facing the restaurant industry. And we all agree that we need to reopen the economy or there will be nothing left to reopen. We’re urging the state to take some small steps in that direction. Any help will go a long way toward the long-term survival of so many of our favorite restaurants,” Melissa Fleischut, president and CEO of NYSRA, said in a statement.

Cuomo announced Monday that New York will start “making adjustments” to COVID-19 imposed dining restrictions. However, eating indoors in NYC is still not on the table.

NYC BRINGS BACK RESTAURANT WEEK WITH CARRY-OUT ONLY

“The indoor dining in New York City is a New York City-specific condition and we’re not, at this point, contemplating any changes,” Cuomo said.

Restaurant owners argue that bars and restaurants in New York State were the cause of only 1.4 percent of COVID-19 cases spread between October and December 2020. However, New York says the Big Apple’s dense population fosters the potential spread of the virus.

Still, a number of cities such as Chicago, Washington D.C. and Philadelphia reopened dining rooms in recent weeks.

Philly restaurants were allowed to open for indoor dining as of Jan. 16 at 25% capacity with safety measures in place. Restaurants across Chicago and neighboring suburbs on Saturday were allowed to reopen for indoor dining after Gov. J.B. Pritzker gave the official green light, welcoming back customers for eating in dining rooms after more than two months. In Washington, D.C., indoor dining resumed Friday after Mayor Muriel Bowser lifted the ban that was slated to end Jan. 15. And nearby in Baltimore, indoor and outdoor dining resumed Friday, with a 25% capacity on indoor dining and outdoor dining at 50% capacity, with customers adhering to a one-hour time limit for their sit-down dining, according to FOX 45 of Baltimore.

Restaurants across the country continue to struggle with revenue losses as a result of the pandemic. Restaurant and foodservice industry sales dropped by $240 billion in 2020 from $899 billion and the food and drink sector closed out 2020 with nearly 2.5 million jobs before pre-pandemic levels, according to the National Restaurant Association's “State of the Industry” report.