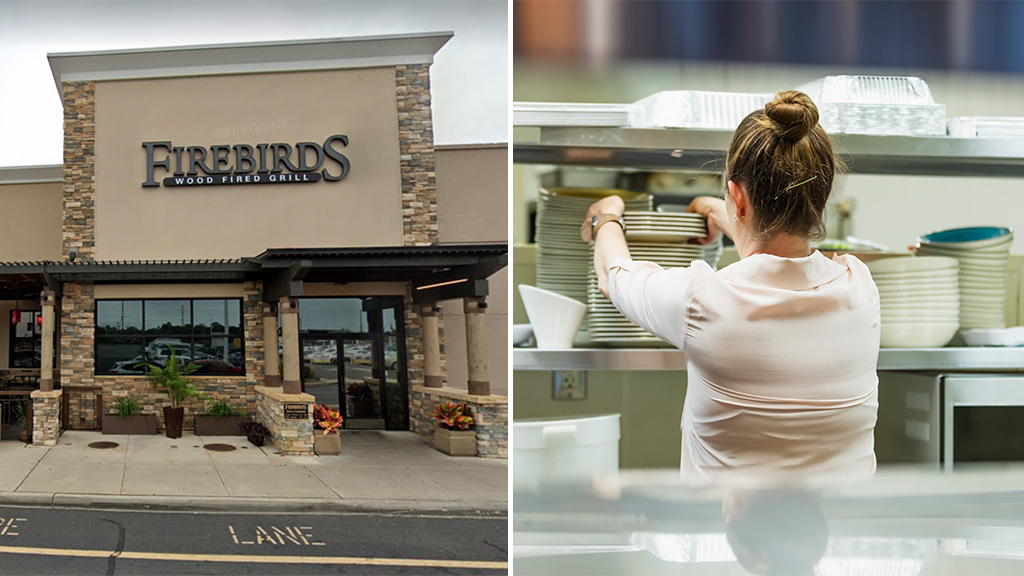 A former waitress for a North Carolina-based restaurant chain is suing the company after enduring months of alleged sexual assault and harassment including one instance when she received a threat after reporting that her private sex tape had been circulated among coworkers, court papers show.

The alleged victim was working for a Raleigh location of Firebirds Wood Fired Grill in December of 2018 when a sexually explicit video of her – that was meant for her boyfriend – was “inadvertently” posted in the group chat of a Facebook group that consisted of the restaurant wait staff, the lawsuit states.

“Instead of taking steps to remove the video and discourage the sharing of the video, management and staff of Firebirds forwarded and shared the video with Restaurant’s kitchen staff,” then circulated the clip further, court papers show. Co-workers allegedly began to harass and even grope her until February 2019, when she ultimately decided to report the treatment to the corporate office – but never got a response after her first attempt.

After sending a second email one week later, a corporate employee responded, and the victim in turn provided her with contact information that included a “new telephone number that was only provided to Firebird’s management that morning.”

Roughly one hour later, the woman received text messages that read, in part: “You can run but you can’t hide s--- … You won’t be taking anyone down but yourself,” the suit states.

Firebirds International, LLC, the restaurant's parent company -- which according to Dun & Bradstreet has 3,500 employees at 48 locations and recorded $16.2 million in revenues last year -- is accused in the Oct. 15 lawsuit of brushing off not only the rampant sexual harassment but even sexual assault at the North Hills Avenue location since at least August 2018, when the woman was hired to work as a server, the federal lawsuit states.

A spokesperson for Firebirds International did not respond to FOX Business' requests seeking comment.

From the start, the woman, a Wake County resident whose age was not provided, was subjected to “unwanted sexual comments and physical sexual harassment,” including “non-consensual touching,” court papers show. And the treatment toward her allegedly only grew worse, including after the video circulated among staff.

TACO BELL BRINGS BACK 'STEAL A BASE, STEAL A TACO' PROMOTION FOR 2020 WORLD SERIES

In one instance, “cartoon female breasts were drawn next to [her] name on the schedule,” court papers state.

The lawsuit also claims the woman was physically and sexually assaulted by two of the restaurant’s kitchen workers just two days after receiving the threatening text messages.

“Other wait staff have commented to [the woman] that ‘they all do it,’” the suit further states.

The alleged victim felt "compelled to resign and was constructively discharged" in Feb. 2020. She is now seeking a jury trial and damages of at least $100,000 in lost income and to make up for her emotional distress.