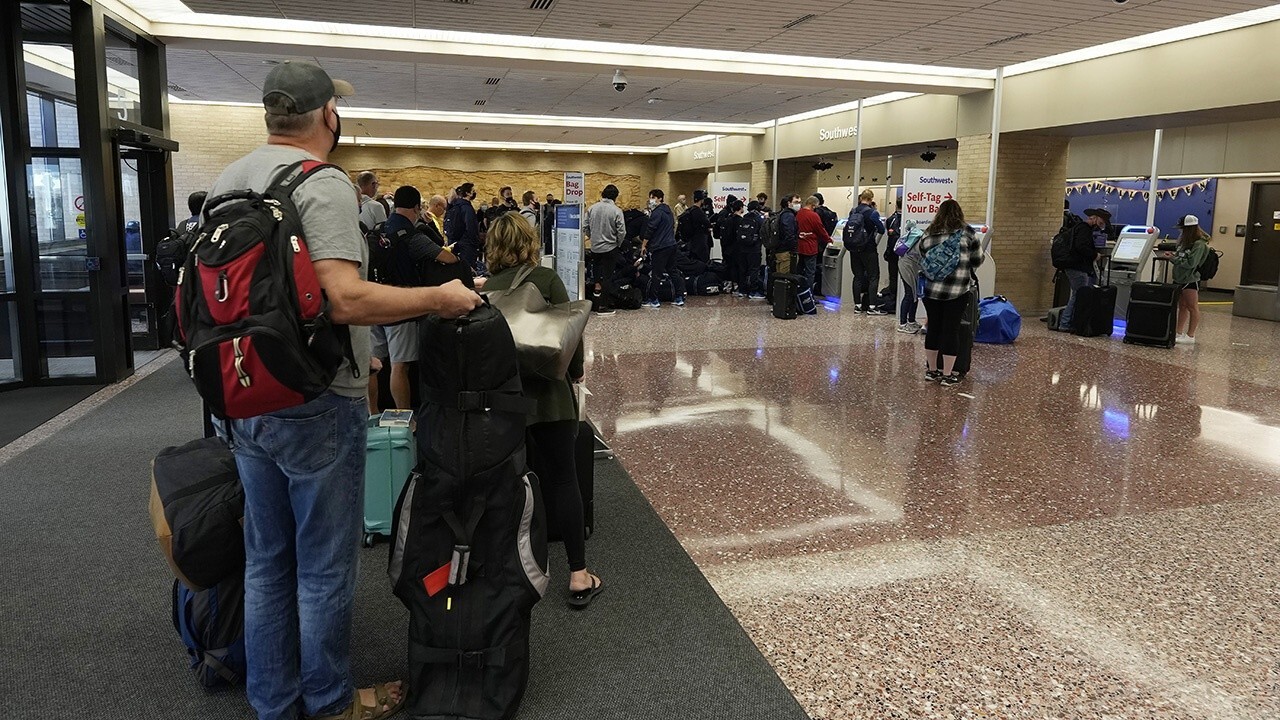 A group called the US Freedom Flyers organized a rally outside Charlotte-Douglas International Airport Saturday, as pilots for major airlines and other supported protested against Biden’s latest directive that all private companies with 100 employees or more to enforce a vaccine requirement starting Jan. 4, Fox 8 reported. The 5th U.S. Circuit Court of Appeals in Louisiana on Saturday granted an emergency stay of the vaccine requirement by the federal Occupational Safety and Health Administration.

"We’re out here today because we’re tired of the mandate. We’re tired of being told that our bodies are not ours," Artemis Coburn, a pilot for a major airline, told the station. "It just comes down to enough is enough, and we’re going to make a stand, and this is our stand."

Pilots who spoke with the outlet said they could not disclose which airline they worked for because doing so would breach their employment contracts. The temporary stay on Biden’s order does not immediately take effect, and the next deadline for his federal mandate is Dec. 5, when businesses with over 100 employees must require unvaccinated employees to wear masks indoors.

If the mandate does take effect, 84 million private sector workers could be required by their employers to get vaccinated for COVID-19 or submit to weekly testing.

"If it actually comes down to that, it’s going to be catastrophic for the airline industry," Joshua Yoder, co-founder of US Freedom Flyers, said. "They can’t afford to lose 10% of their people, much less 20-30% across the various workgroups."

Those percentages are based on the estimated number of employees in the airline industry who have resisted getting the vaccine based on medical or religious reasons or other reservations, Yoder said.

"Our governments, our companies, our union, and even a lot of our fellow employees, are not defending freedom, so we have to fill in the void," Robert Soudher, another co-founder of US Freedom Flyers, said.

This comes after American Airlines canceled nearly 2,000 flights over the Halloween holiday weekend, citing staffing shortages, as severe winds at the airline’s main hub at Dallas-Fort Worth Airport prevented some employees from catching their next flights. That followed Columbus Day weekend earlier in October when Southwest Airlines also canceled hundreds of flights over what some speculated to be employees calling out sick in protest over vaccine mandates – something Southwest’s pilots union adamantly denied, Texas Monthly reported.