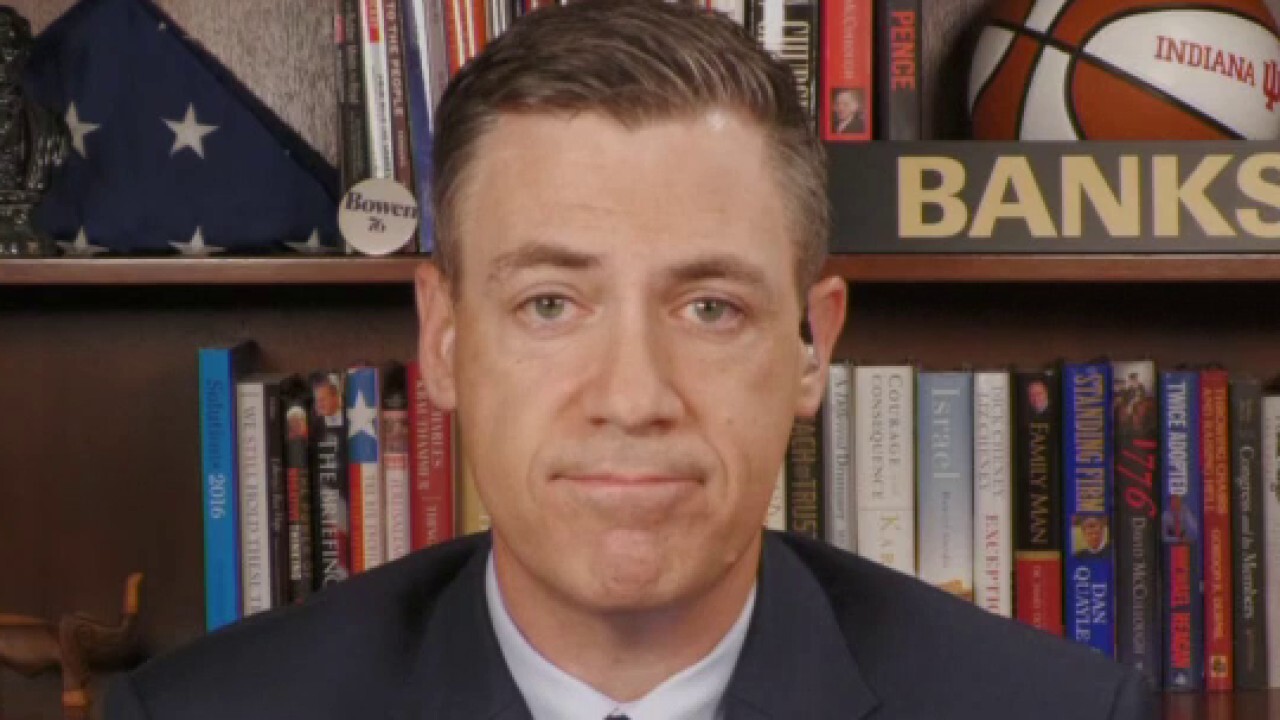 The controversial Netflix film “Cuties” is “despicable,” Rep. Jim Banks, R-Ind., told Fox News on Sunday, adding that "Netflix should be penalized" for featuring the film, which he says sexualizes children.

The film is centered on an 11-year-old Senegalese immigrant living in Paris who ends up joining a clique of girls who call themselves the “Cuties” – and perform highly provocative and eroticized dance numbers while scantily clad – as a way of rebelling against her conservative Muslim parents.

“We've gone from our culture being sexualized, to sexualizing children,” Banks told “Fox & Friends Weekend” on Sunday. “That’s what is disgusting about this and that’s why so many Americans are outraged by this movie being so readily available to our kids.”

Netflix’s decision to show the film has sparked an online protest petition and a trending Twitter hashtag to #CancelNetflix.

“As a father of three little girls; eleven, nine and seven, I can tell you like so many other parents, it’s very hard to police what our kids watch today,” Banks said.

“Kids don't watch TV like you and I watched TV will, they stream it. They stream it on devices and it is very difficult to prevent them from watching terrible movies like this ‘Cuties’ movie.”

On Friday, Texas Sen. Ted Cruz called on the Justice Department to investigate Netflix and the "Cuties" filmmakers to determine whether they broke any federal laws against the production and distribution of child pornography.

The Republican senator and a growing list of federal lawmakers, including Banks, are appalled that Netflix is streaming the film -- claiming the comedy-drama sexualizes young children and appeals to pedophiles.

“The film routinely fetishizes and sexualizes these pre-adolescent girls as they perform dances simulating sexual conduct in revealing clothing, including at least one scene with partial child nudity," Cruz wrote in a letter to Attorney General Bill Barr Friday.

Cruz continued: "These scenes in and of themselves are harmful. And it is likely that the filming of this movie created even more explicit and abusive scenes, and that pedophiles across the world in the future will manipulate and imitate this film in abusive ways."

Cruz said the film goes beyond artistic expression. He said the Justice Department has a significant role in preventing the sexual abuse of children and enforcing federal criminal law that prohibits the production or distribution of material involving the sexual exploitation of minors, including the filming of minors engaging in sexually explicit conduct.

“With all due respect to Ted Cruz, we're past the point where we need investigations,” Banks said on Sunday. “That’s why Sen. Tom Cotton and I have called on the Department of Justice, to call this what it is, it’s trafficking child pornography on Netflix and Netflix should be penalized, they should be gone after by the DOJ with charges brought against them for distributing child pornography.”

The Justice Department Saturday did not immediately respond to a request for comment from Fox News about a potential criminal investigation into the film. Netflix did not directly address Banks' comments about a potential DOJ probe, but said there is "no underage nudity in the film."

Netflix defended "Cuties" as actually speaking against the over-sexualization of children in society and has urged critics to watch the movie to understand its perspective.

“‘Cuties' is a social commentary against the sexualization of young children,” a spokesperson told Fox News. “It’s an award-winning film and a powerful story about the pressure young girls face on social media and from society more generally growing up – and we’d encourage anyone who cares about these important issues to watch the movie.”