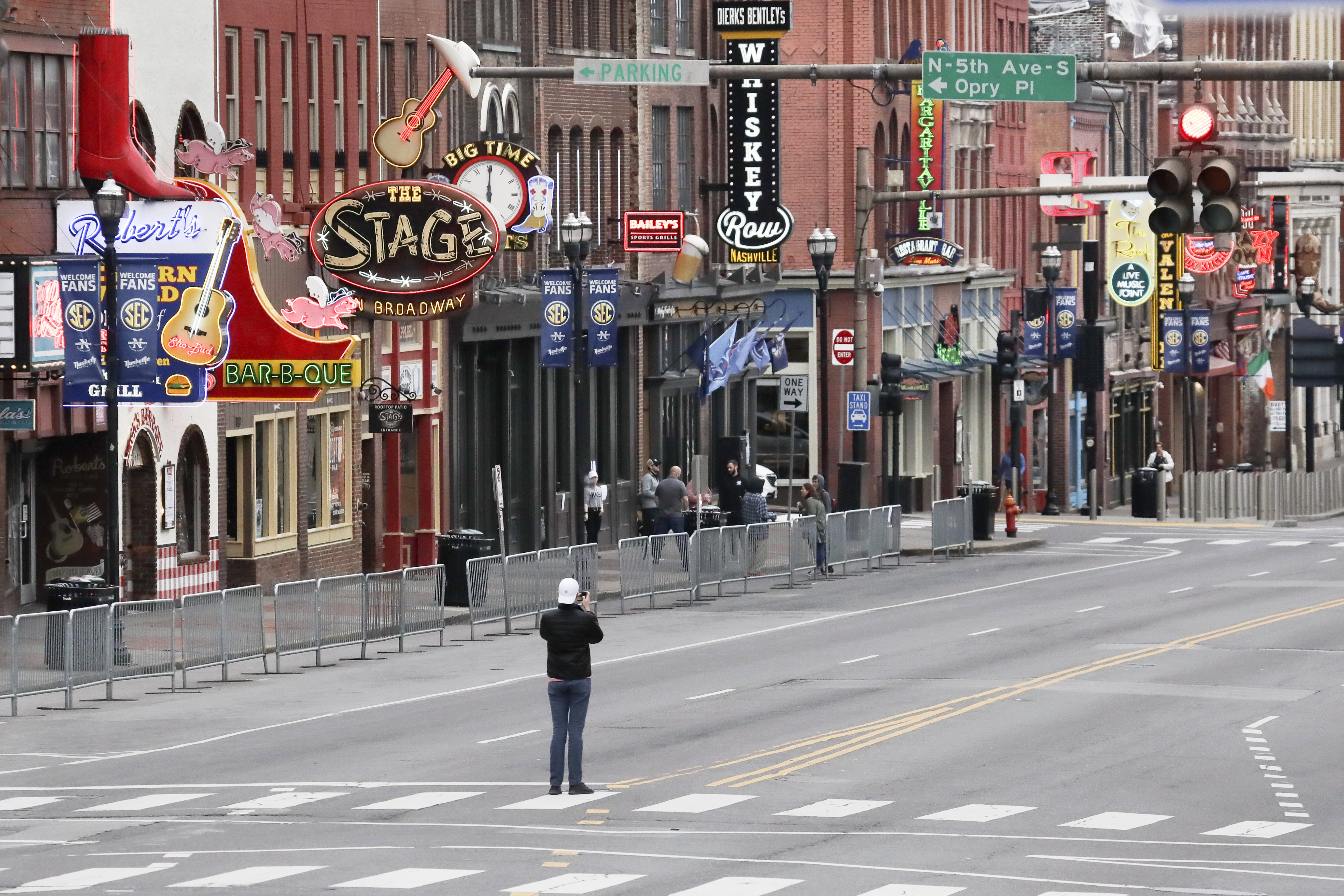 NASHVILLE, Tenn. — Colin Poulton moved to Nashville in 2008 to study commercial guitar. He dropped out of college but stuck with the city and the guitar, first playing in a series of original bands and more recently making his living in the honky-tonks of Lower Broadway along with “a few wedding bands and some other bands.”

All those gigs ended abruptly when the coronavirus hit. The clubs shut down on March 16 to slow the spread, and Nashville’s normally packed downtown streets are all but deserted. Poulton applied for unemployment as soon as Congress passed the federal relief bill extending benefits to nontraditional workers. He’s been without steady work for five weeks now but so far has received nothing.

“A lot of us went from having anywhere from four to seven gigs a week to nothing,” Poulton said.

With its vibrant music industry, Nashville is a magnet for people like Poulton. Music City is known as the home of country music in the U.S., but tens of thousands of professional musicians of all kinds live there, drawn to the plentiful job opportunities and the camaraderie of a community of artists. Now they’re caught up in an unemployment system that’s not geared toward them.

A man stands in the middle of Broadway to take a photo where the streets and sidewalks are normally filled in Nashville, Tenn. (AP Photo/Mark Humphrey, File)

“There’s a lot of confusion and, frankly, fear rampant in the community because they don’t know if they’re going to get something and, if so, how much,” said Dave Pomeroy, president of the Nashville Musicians Association, the local union. Pomeroy said probably 100,000 people in Nashville play music professionally, although they may not all be full-time musicians.

The state isn’t sure how many nontraditional workers have applied for unemployment, but it has received about 75,000 claims that were initially deemed ineligible. The majority of those are assumed to be from nontraditional workers, Department of Labor and Workforce Development spokesman Chris Cannon said.

For many of Nashville’s musicians, there’s an additional hitch. Their income is from a mix of sources, some treating them as employees and others treating them as independent contractors or self-employed.

Cannon said workers who have any money coming in on a W-2 and are eligible for traditional state unemployment can’t claim the new federal unemployment benefits from their contract work, even if that makes up the majority of their income. But many musicians don’t know that.

“It’s created a real black hole for these people,” said Pomeroy, who’s been trying to act as a liaison with the state to provide musicians with answers about unemployment.

TAYLOR SWIFT DOESN’T WANT YOU TO BUY HER NEW ALBUM

Session bassist Eli Beaird said his W-2 work makes up only about 10% of his income, but it allowed him to apply for unemployment through the state system. He hasn’t received anything yet, but the system shows him as eligible for $50 per week in unemployment benefits. That’s far short of the state’s $275 weekly maximum, which is what he would likely receive if he could base his benefits off his contractor work.

Fortunately, anyone receiving unemployment from either traditional or nontraditional work is also eligible for a $600 per week coronavirus supplement, although Beaird hasn’t received that either.

Beaird said he is lucky to earn most of his incoming from recording, which will probably bounce back more quickly than performing.

“Live music sounds terrifying right now,” he said. He has friends who tour with country star Miranda Lambert. “When’s the next time any of us thinks it’s going to be safe to put 40,000 people in a room together?”

The state started distributing benefits to the self-employed, independent contractors and gig workers this week and Cannon said most should have their benefits by early next week, but Poulton said Friday that he still wasn't finding himself in the state's system.

Poulton lives with his girlfriend and their son and says they have enough money to meet expenses for about a month. He’s worried but still thinks thinks shutting the clubs was the right thing to do.

“I was anxious going into that petri dish,” he said.