President Trump is visiting Mount Rushmore on Friday to kick off the July Fourth holiday weekend.

The event in South Dakota is expected to include fireworks and military flyovers and will be hosted by South Dakota Gov. Kristi Noem, Fox News previously reported.

This will be the first time a sitting president has attended a Fourth of July celebration at Mount Rushmore since George H.W. Bush did in 1991.

Ahead of the festivities, here’s what you need to know about the national monument.

What is Mount Rushmore?

The monument shows the faces of U.S. presidents George Washington, Thomas Jefferson, Teddy Roosevelt and Abraham Lincoln. Their images were built out of the side of a mountain in the Black Hills in South Dakota.

Each face is 60 feet tall, with 21-foot-tall noses, 11-foot-wide eyes and 18-foot-wide mouths, according to Business Insider.

How much did Mount Rushmore cost to build?

According to Business Insider, Mount Rushmore originally cost $989,992 to build -- which would be more than $17 million today, adjusted for inflation, according to the website. 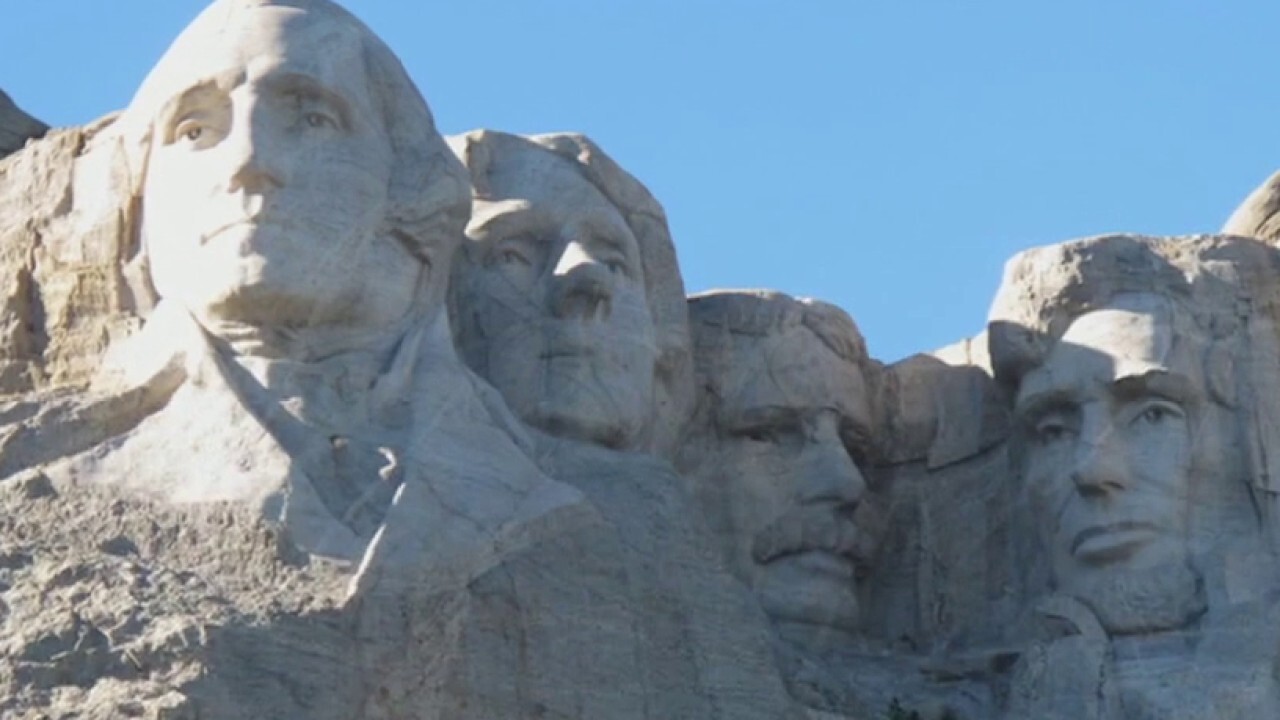 Was the project completed?

The four presidents displayed on the side of the mountain were supposed to have their full bodies carved out as well, according to Business Insider, but the designer, Gutzon Borglum, died before the project was completed.

How many people visit Mount Rushmore every year?

According to the National Park Service, more than 2.3 million people visited Mount Rushmore in 2018.

According to a 2018 report from the National Park Service, visitors to the monument spent about $139 million the year before.

That money “supported 2,140 jobs in the area and had a cumulative benefit of $177 million to the local economy,” the report said.

According to Business Insider, the Black Hills -- where Mount Rushmore was created -- are sacred to the Lakota Sioux Native American tribe. The tribe strongly opposed the project when it was started in the 1920s and today, tribal leaders are still calling for the sculpture’s removal, The Hill reported.