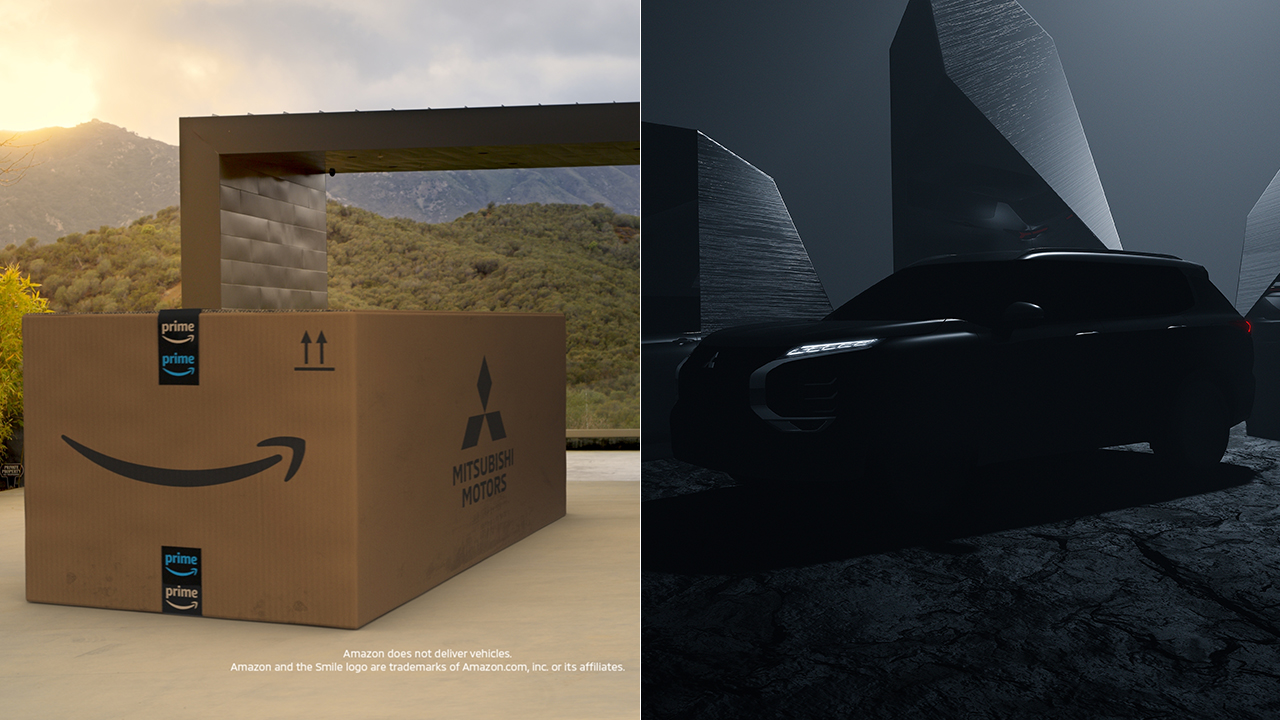 Mitsubishi has teamed up with Amazon for the upcoming reveal of 2022 Outlander.

In a first for the auto industry, the Japanese brand will debut the all-new SUV on the Amazon Live platform, which is typically used to showcase products sold on the website.

Mitsubishi has so-far only revealed a teaser image of the 2022 Outlander. (Mitsubishi)

The Outlander won’t be offered for direct sale on Amazon.com, but the marketplace does have a research section with links to manufacturer portals. Sales of the outgoing Outlander were down approximately 30 percent in 2020.

Amazon also won’t actually be involved in delivering the vehicles, despite its humorous depiction of a gigantic Amazon Prime box in a driveway announcing the Feb. 16, 6 p.m. EST event.

Amazon is getting into the car business itself, however, through an investment in electric truck startup Rivian, which has been contracted to build 100,000 all-electric vans for Amazon. Rivian has started testing prototypes of the vans on delivery routes ahead of their official production roll-out later this year.