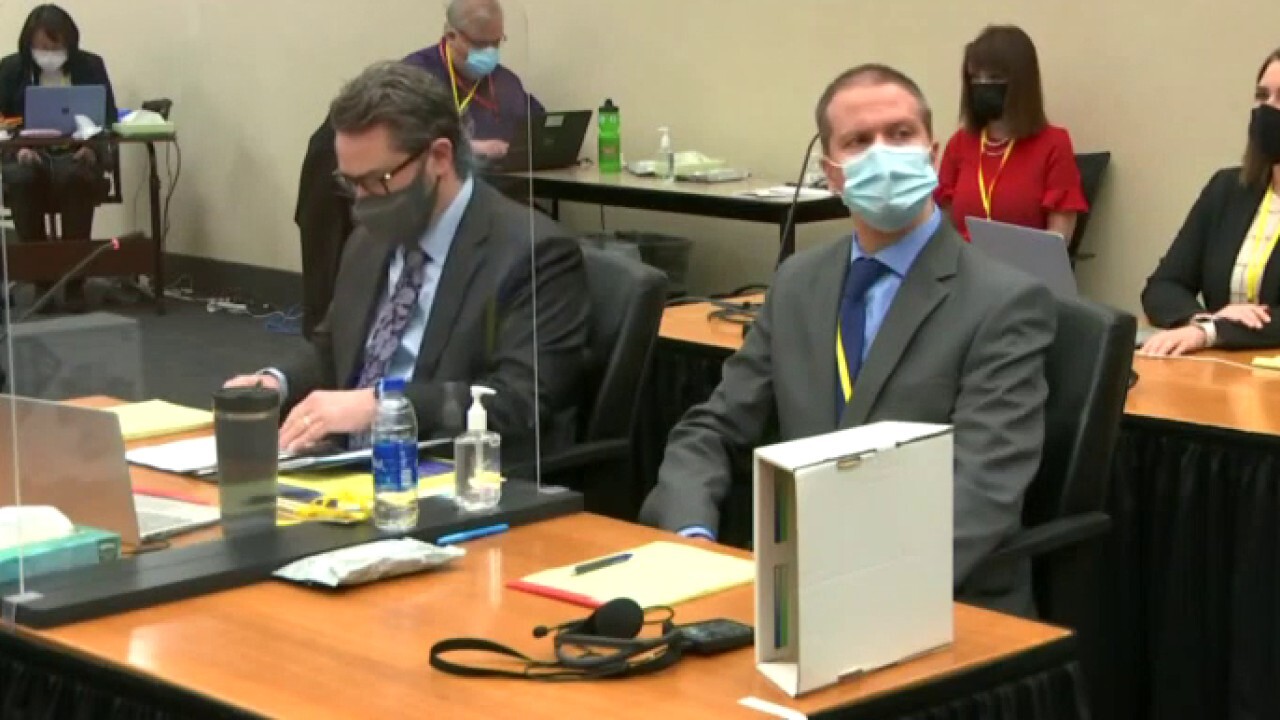 As the city of Minneapolis pushes forward with a $1 million bailout plan for businesses suffering under an autonomous zone in George Floyd Square, Mayor Jacob Frey on Thursday had a stern warning for out-of-towners looking to come to incite violence during the trial for ex-police officer Derek Chauvin.

“With all the national presence there will be more people in our city and there will be an increased presence of National Guard,” Frey said at a news conference. “We want to make very clear to anyone that is considering coming from outside of the city or outside of our state, anyone who is thinking that they will try to cause chaos and destruction in the city.

“It will not be tolerated. They will be arrested. I want to send that message loud and clear.”

The trial for Chauvin, charged with murder and manslaughter in the death of Floyd, is continuing for the fourth day high above on the 18th floor of the well-fortified Hennepin County Courthouse.

Meanwhile, Black business owners in the renamed George Floyd Square at the intersection of Chicago Avenue and East 38th Street have joined together to demand change at what once was a memorial outside Cup Foods – where Chauvin was seen in the viral bystander video pressing a knee to Floyd’s neck – but has devolved into an autonomous zone that’s brought gun violence and gang activity to the neighborhood for months.

A section of a street that will be painted in honour of a man who was killed earlier this year at George Floyd Square is seen with white paint on it the day before open statements in the trial of former police Derek Chauvin, who is facing murder char (Reuters)

“Secondly we’re continuing to make substantial progress over at 38th and Chicago,” Frey said, pivoting to the autonomous zone that’s tormented residents in the aftermath of Floyd’s death. “Right now the city is set to move forward with a series of $50,000 interest-free, forgivable loans to businesses that have been substantially impacted over these last seven, eight and nine months”

A committee with the Minneapolis City Council recently unanimously approved a proposal to repurpose $1 million – roughly half of the city’s budgeted small-business loan pool – for small businesses and nonprofits behind the concrete barricades originally placed by city workers around George Floyd Square to protect crowds of protesters from vehicular traffic, the Minneapolis Star Tribune reported.

Under the proposal approved by the Business, Inspections, Housing and Zoning Committee, each business or nonprofit in the zone would be eligible for $50,000 interest-free, forgivable loans that borrowers would not have to repay if their organizations stay open for one year. The plan is expected to undergo a council-wide vote next week.

“As we think about reconnecting 38th and Chicago, this will not be just a Minneapolis Police Department initiative, and quite frankly it’s really focused in leaning in on our communities who are stakeholders who live there and do business there,” police Chief Medaria Arradondo said. “We have to address the public safety needs there, and we cannot tolerate any violence which occurs out there.”

The intersection has been co-opted by activists who say law enforcement is unwelcome and EMS responders have been delayed in responding to bloodied gun violence victims inside. In February, the National Police Association made a court filing on behalf of local residents to demand Minneapolis officials abide by the city charter in maintaining police patrols in the neighborhood.

“Members of the community can expect to see more of public safety – they can expect to see it ramp up as we get into upcoming weekend. Not just in downtown but all four parts of the city,” Arradondo said Thursday, describing police operations as the trial continues. “We are entering phase two. As I stand before you today, there have been no arrests or property destruction as it relates to the trial.”

The director of public works also spoke during the press conference to present the finding of a recent survey asking Minneapolis residents what they want to see with the reopening of the intersection.

“We got a very strong response rate, with 81% of respondents supporting one of the two interim options. In total, 685 responses were received: 40% of the responses supported option one, which would relocate the fist sculpture out of the intersection in the northeast corner of Chicago, 41% of the survey response supported option two, which would keep the fist sculpture in the intersection, 16% of the responses did not support either option and instead indicated a desire for justice before any changes.”

Taking the podium a second time, Frey said there are many differences between when the bystander video of Floyd went viral in May, evoking major rioting across the city, and now, during the trial.

“The biggest difference is we have had the time to prepare,” the mayor said. “I’m very pleased with the sequence of events that have taken place so far. People have been peacefully expressing their First Amendment rights. We believe that’s an example to follow.”

In late May and early June, Minneapolis saw a lot of individuals come from outside of the state who came to cause destruction, Frey said, adding: “I want to make the message very clear. If you’re planning right now to come to our city, whether it's during this trial, during jury deliberations or after the verdict, and you’re going to cause chaos or destruction, you will be arrested.”

Responding to a reporter question, Frey answered “no” when asked if he was watching the trial.

“There were a number of individuals on the ground from Texas, in some cases associated with the Boogaloo boys and known White supremacists,” Frey said. “There was a significant and coordinated effort to cause chaos from these outside groups. One prime example is the precinct shooting."