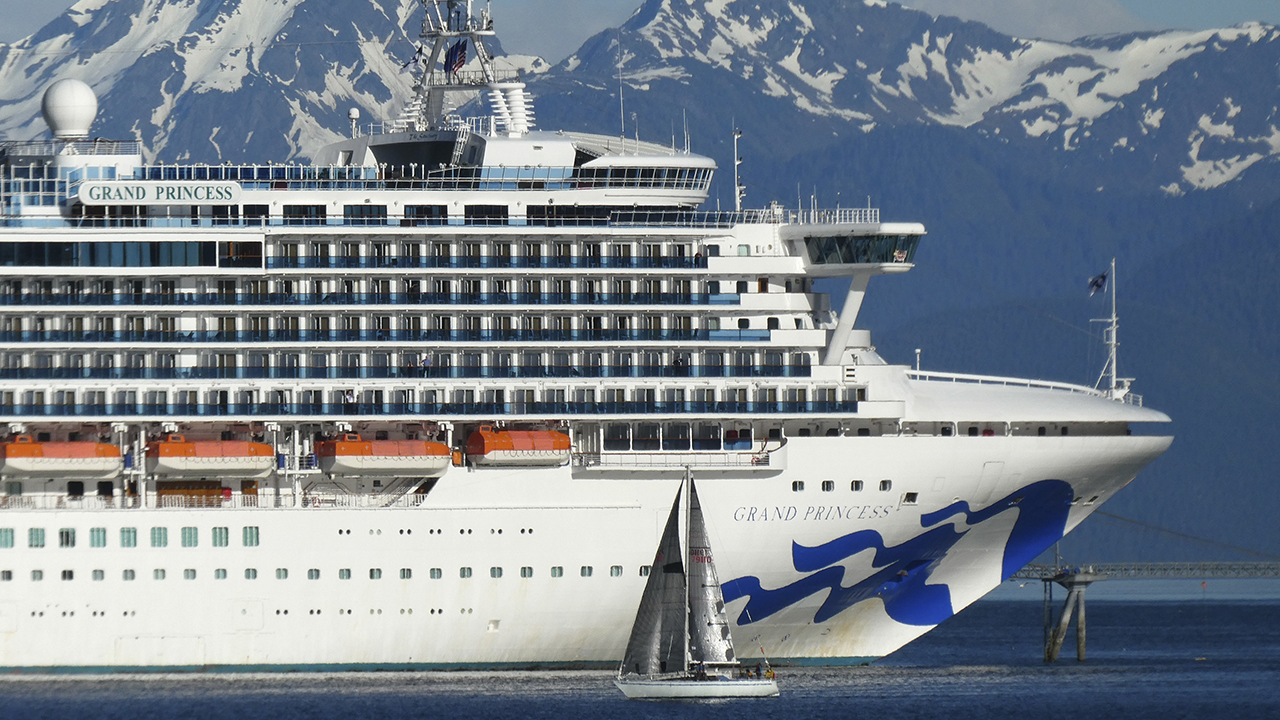 Congress has voted to let large cruise ships sail directly from Washington state to Alaska without stopping in Canada, a step that could clear the way for cruises later this year.

The legislation approved by the House on Thursday goes to President Biden, who is expected to sign it.

"This legislation is literally a lifeline for so many of Alaska’s small businesses that were struggling, and it means jobs for more Alaskans this summer," said Sarah Leonard, president of the Alaska Travel Industry Association.

Carnival Corp. said it expects to resume sailing to Alaska in late July and running until early October. The company said its Carnival, Holland America and Princess lines will each operate one ship on round-trip voyages between Seattle and Alaska for fully vaccinated passengers.

A longstanding federal law prohibits foreign-flagged ships — typically the big cruise liners — from carrying passengers between two U.S. ports without stopping in another country. With Canada forbidding any cruise operations through next February, the law threatened to eliminate Alaskan voyages on large ships this year.

The House on Thursday passed a measure that waives the foreign-stop requirement through next February or until Canada lifts its ban on cruising. That will allow the big cruise ships to sail directly from Washington state to Alaska without stopping at a Canadian port such as Victoria or Vancouver.

Gov. Mike Dunleavy said the change will stop "a $3 billion hit to Alaska’s economy." He said the state's vaccination efforts will make tourism safe for tourists and Alaskans.

The measure was proposed by Sens. Lisa Murkowski and Dan Sullivan and Rep. Don Young, all Alaska Republicans, and previously passed by the Senate.

The 2021 sailing season won’t match previous years, Sullivan said, "but there will be ships, and there will be people, and that is excellent for Alaska."

The cruise lines still need to meet guidelines set by the U.S. Centers for Disease Control and Prevention to prevent spread of COVID-19. The cruise industry has been unhappy with the extent and the time it has taken the health agency to draft those guidelines.

"While there is still work to be done, the cruise industry is one step closer to sailing in Alaska this year," said Laziza Lambert, a spokeswoman for an industry group, the Cruise Lines International Association.