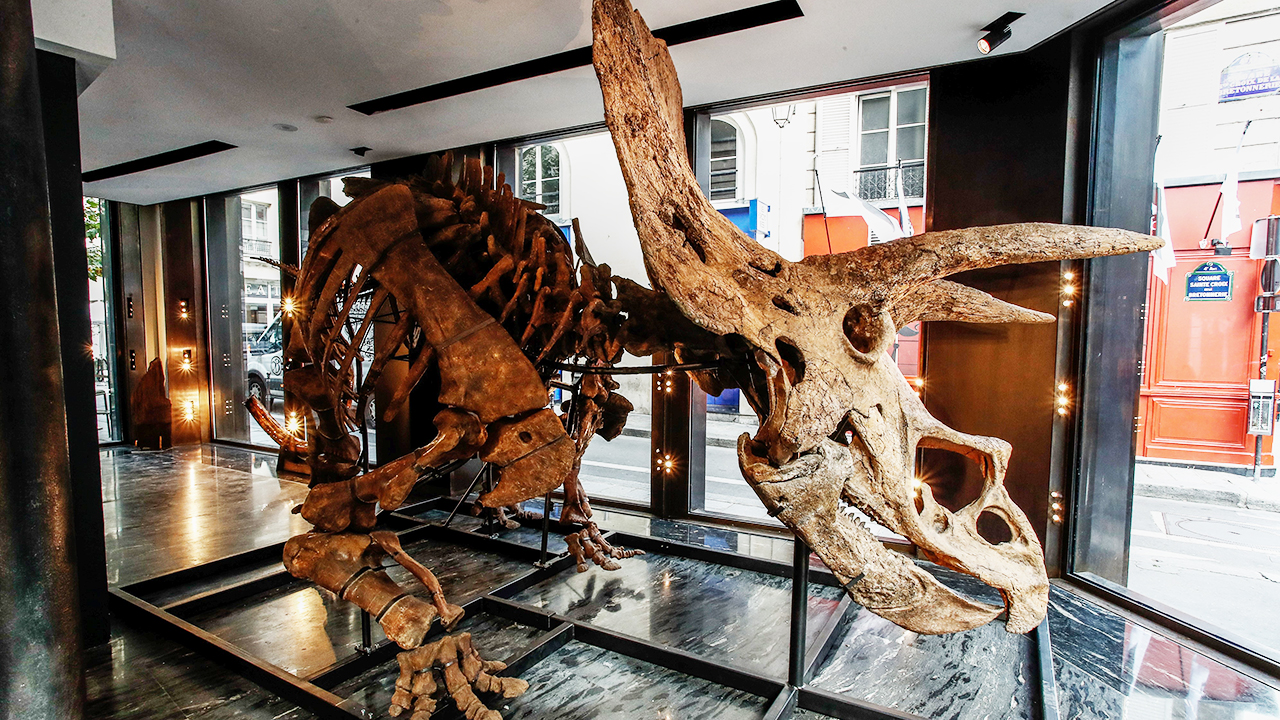 The world’s largest known triceratops skeleton is going up for auction.

Known as "Big John," the triceratops will be sold by the Drouot auction house in Paris on Oct. 21, according to a press release.

The outlet reported that the dinosaur will be the centerpiece of the Naturalia auction organized by Alexandre Giquello.

WORLD’S OLDEST SINGLE MALT SCOTCH IS GOING TO AUCTION, COULD BE WORTH $200K

The world's largest known triceratops skeleton -- known as "Big John" – will be sold at auction by the Drouot auction house in Paris on Oct. 21.  (Aurelien Morissard/Xinhua via Getty Images / Getty Images)

The dinosaur’s head is almost a third of its whole body, the outlet reported.

According to Reuters, the first piece of Big John was found in South Dakota by paleontologists in 2014. They were able to unearth 60% of his skeleton – more than 200 bones – including his skull, Reuters reported.

The dinosaur, which walked the earth more than 66 million years ago, received its name from the owner of the land where the bones were found.

In the past, dinosaur bones were mostly sold to museums, according to Reuters. However, private buyers are becoming more interested in fossils.

"I imagine there are about 10 buyers worldwide for this kind of piece," auctioneer Alexandre Giquello told Reuters.