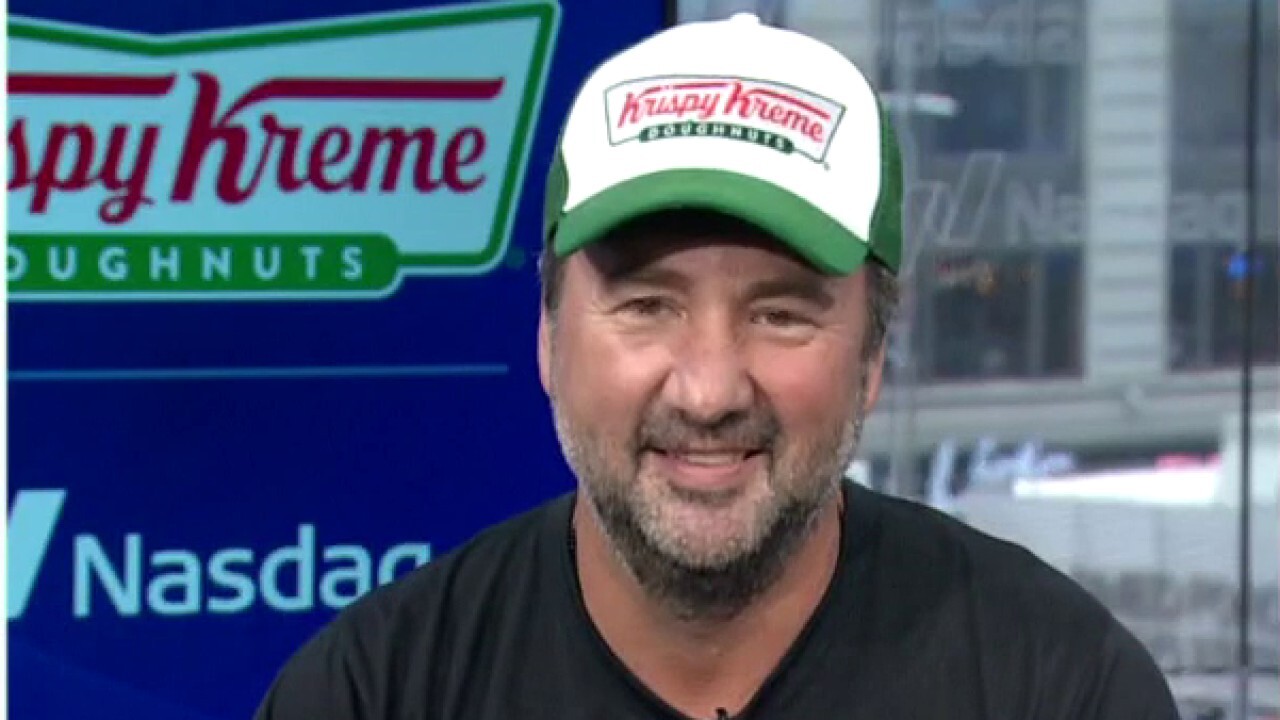 Krispy Kreme is continuing its limited-edition doughnut offers with a lineup of carnival-inspired treats.

The 84-year-old doughnut chain announced it will bring a "whimsical summertime" experience with its three-part Carnival Collection, according to a company press release.

Krispy Kreme is continuing its limited-edition doughnut offers with a lineup of carnival-inspired treats. The three-part Carnival Collection includes caramel apple, cotton candy and caramel popcorn doughnut, which will be available in the U.S. and Ca (Krispy Kreme Doughnuts)

The trio of doughnuts will be available until Sunday, Aug. 8, according to a recent tweet.

In a statement made for the collection’s launch, Dave Skena, the Chief Marketing Officer at Krispy Kreme, said: "Carnivals are a summertime tradition and whether yours has returned or not after a year off, you can get a taste of your favorite fair flavors with these delicious new doughnuts."

Krispy Kreme’s second IPO was priced at $17 on the NASDAQ at the start of the month – roughly five years after the company delisted itself.