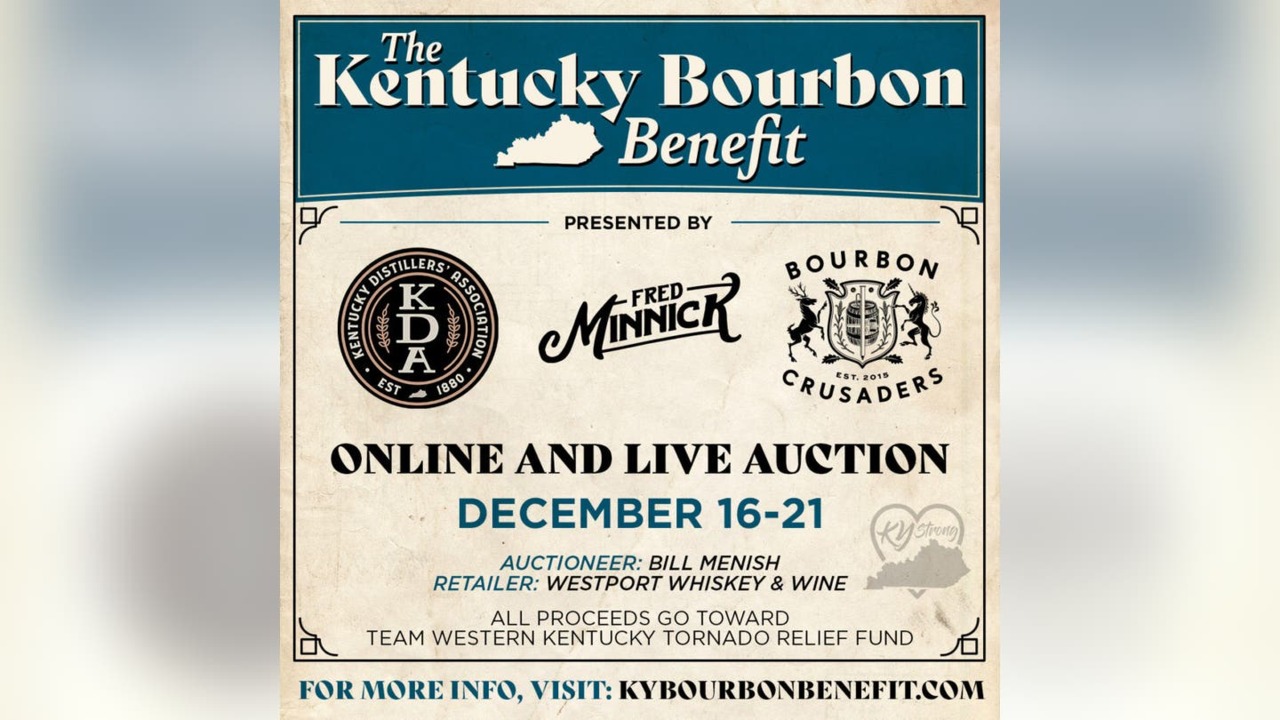 Kentucky's bourbon industry has raised more than $3.3 million to provide relief to residents impacted by tornadoes that slammed the state earlier this month.

A total of 5,158 bidders vied for the benefit auction’s 429 lots. Bidders came from all 50 states; Washington, D.C.; and as far away as Puerto Rico and Guam. Kentucky led the way with nearly 1,000 registered bidders. All proceeds went to the Team Western Kentucky Tornado Relief Fund, the state’s approved fund.

Kentucky's bourbon industry has raised more than $3.3 million to provide relief to residents impacted by tornadoes that slammed the state earlier this month.  (Kentucky Distillers’ Association)

Highlights of the auction included:

"The outpouring of support, care and love for Western Kentuckians is truly unparalleled in the history of bourbon. We are forever grateful for the generosity of distillers, donors and bidders," KDA president Eric Gregory said in a statement. "Through this event, thousands of participants are helping lift spirits across Western Kentucky, provide new hope and create momentum for the years of rebuilding and healing ahead. This is the spirit of Kentucky shining through."

The state of Kentucky makes more than $235 million in annual tax revenue from bourbon, according to impact data published by KDA. The trade organization reports that Kentucky bourbon is an $8.6 billion industry. The Kentucky Bourbon Benefit auction site is still accepting donations, and businesses continue to match funds.