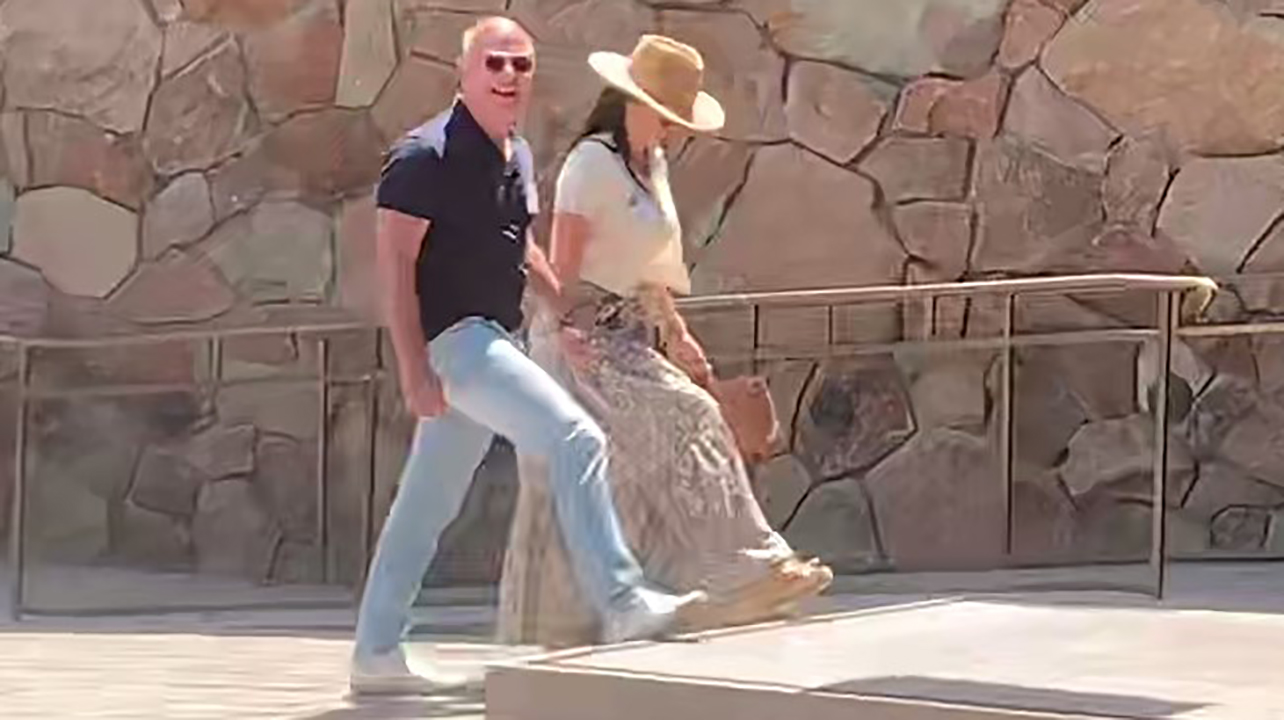 Love is in the air for Jeff Bezos.

In a video captured on Thursday by FOX Business Network's Charlie Gasparino, the two were spotted walking hand-in-hand with smiles on their faces.

Bezos wore dark sunglasses, a blue top and light blue pants. His ensemble was completed by a pair of white shoes.

For her part, Sánchez, 51, donned a white top, a patterned skirt, sunglasses and a stylish hat.

Reporters asked the Amazon titan about his upcoming trip to space, though he ignored questions and he and his date walked into a building that is presumably part of Sun Valley Resort's "billionaires summer camp."

The two have been together since at least 2019. News of their coupling broke not long after it was announced that he and his then-wife, Mackenzie Scott, would divorce.

Sánchez has been seen attending the conference with Bezos before, having put their PDA on full display at last year's exclusive gathering.

Bigwigs from the worlds of tech, media and finance have gathered to network and party at the resort. The event is reportedly highly secure.

Bezos has attended the annual retreat in the past, and it's been reported that his acquisition of The Washington Post was a result of the conference one year.

Fellow tech giant Bill Gates is also in attendance this year and will give a speech, likely on climate change, on Friday.

Conference organizers Allen & Co. canceled last year’s event because of the COVID-19 pandemic. But this year’s event — known as the billionaires' summer camp — includes most of the media and tech titans that appeared in the past. Invitees include Bezos, who stepped down as chief of Amazon this week, and Andy Jassy, his replacement, along with Shari Redstone of ViacomCBS, and Sheryl Sandberg of Facebook. Legendary investor Warren Buffet is also in attendance.