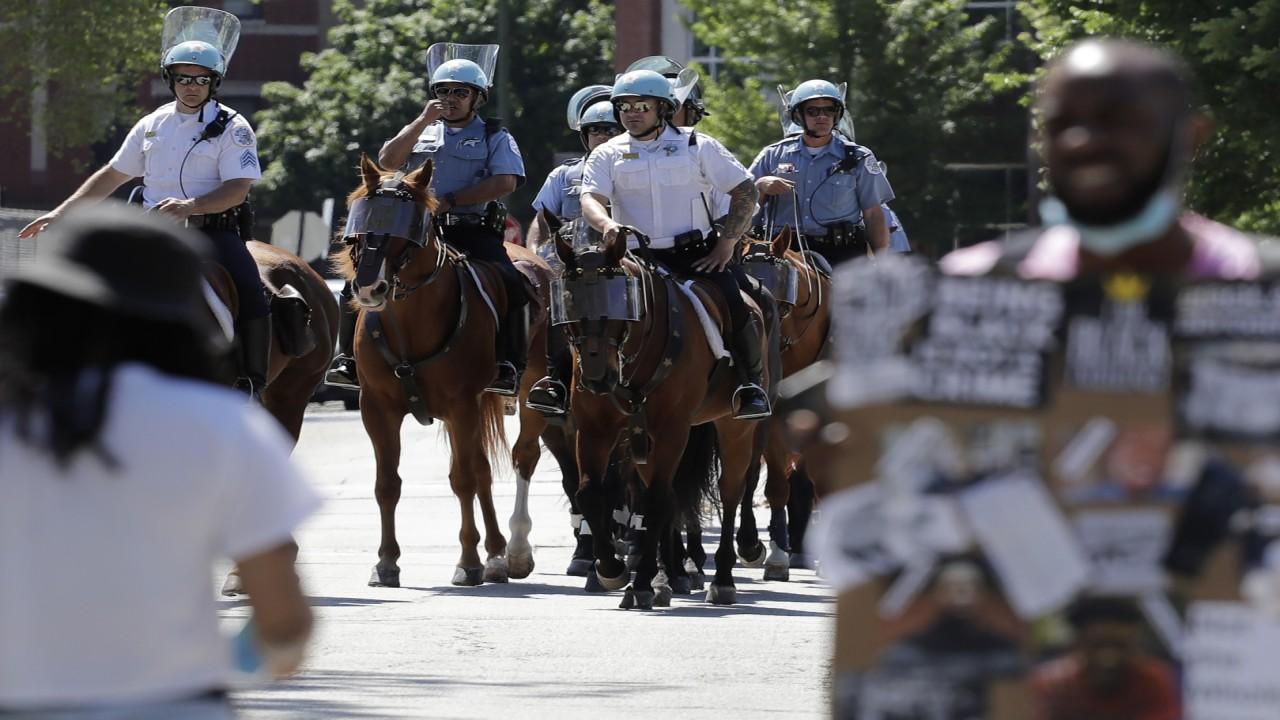 Illinois is considering polices licenses which will give the state power to remove officers. FOX Business' Grady Trimble with more.

Illinois is considering requiring licenses for police after George Floyd, a black Minneapolis man, died in police custody on May 25.

The move would give the state of Illinois power to give and revoke licenses to police, giving city leaders the power to determine whether Illinois officers who commit offenses can remain on the job.

PROTESTERS, OFFICIALS CALL FOR POLICE TO BE DEFUNDED

A demonstrator gives a bottled of water to a Chicago Police officer during march for Justice in honor of George Floyd Saturday, June 6, 2020. (AP Photo/Nam Y. Huh)

"If I go get a haircut, the barber is licensed by the state," Chicago Mayor Lori Lightfoot said during a Tuesday press briefing. "There's a uniformity in the professionalism, and then they have to recertify themselves on a regular basis. Why wouldn't they have that for police officers?"

Gov. J.B. Pritzker told local radio station WBBM on Monday that he was looking into the idea.

“We’ve been looking hard at that," he said. "I think that you have to think about what are the methods by which people can be disciplined if they’re not going to get disciplined by their own police departments — if the investigations are taking place by a police department that may not want to hold some of their officers accountable for the kind of behavior we would all find reprehensible.”

The National Police Association told FOX Business that the organization does not support the license proposal without additional information, and there is already oversight in place.

The association also said every law enforcement agency across the state would have to agree on licensure in order to avoid a legal battle between the state and police.

States across the country are looking to police reform laws and police department budget cuts or reallocation as protesters make demands to "defund the police."