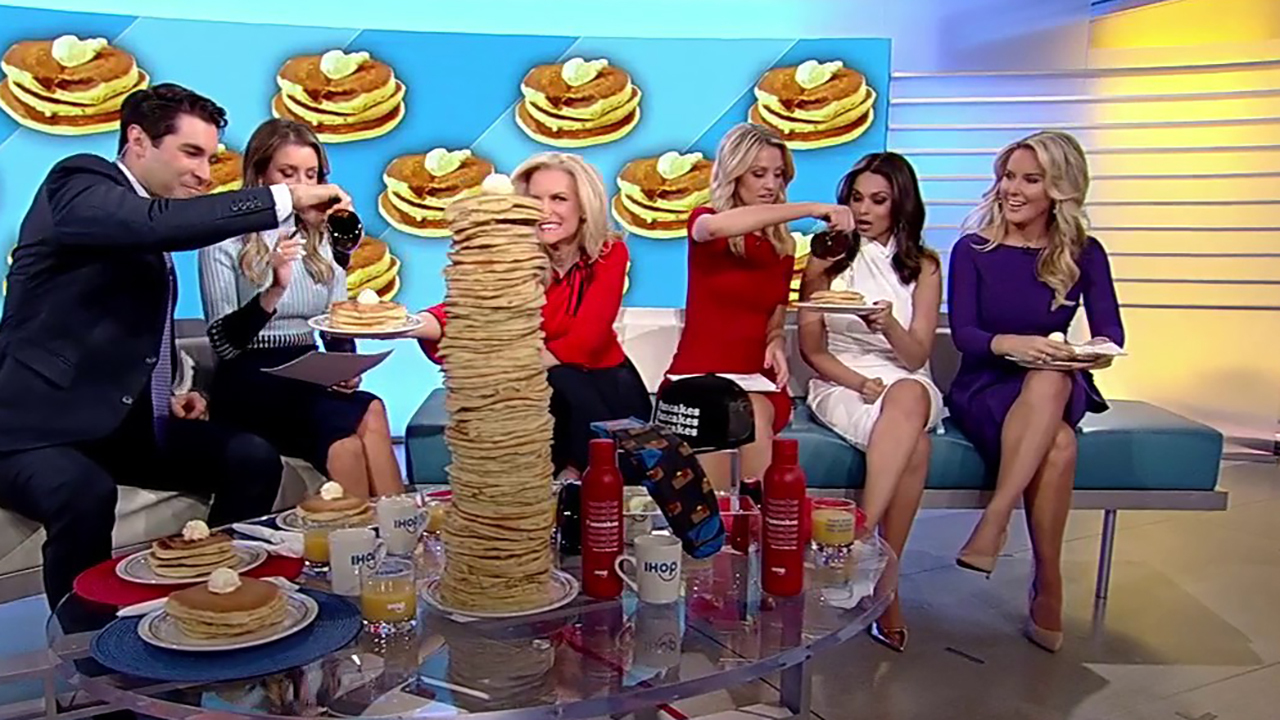 Eating pancakes on the day before Lent begins is a tradition that is believed to go as far back as the Middle Ages, according to The Sun.

However, IHOP -- owned by Dine Brands Global Inc -- started its own annual National Pancake Day in 2006.

This year, visitors to the restaurant can get a free short stack of buttermilk pancakes between 7 a.m. and 7 p.m., according to a press release.

People can also enter a contest to try and win prizes -- including the grand prize, “Pancakes for Life,” which consists of $15,000 in gift cards, the release said.

Other prizes include pancake-themed items such as bicycles, scooters, jackets and handmade berets. Ten people will also win $500 worth of gift cards to IHOP.

Here are five other things to know about IHOP on National Pancake Day.

National Pancake Day was started as a fundraiser

IHOP initiated its pancake celebration in 2006 as a fundraiser. Since its launch, the company has raised more than $30 million for organizations including Children’s Miracle Network Hospitals, Shriner’s Hospitals for Children and the Leukemia and Lymphoma Society.

This year, the company’s goal is to raise more than $4 million.

There are almost 1,900 locations around the world

As of December 2019, IHOP had 1,841 franchise locations around the world, according to the Dine Brands website.

Aside from being in all 50 states and Washington, D.C., IHOP has locations in Puerto Rico, Guam, Philippines, Bahrain, Canada, Guatemala, India, Kuwait, Mexico, Panama, Qatar, Saudi Arabia, Thailand and the United Arab Emirates, the website said.

Vermont is the only place to get real maple syrup

The state was the last in the country to get an IHOP location, and the franchise owners and managers were adamant that the restaurant should serve real maple syrup, according to a report from the New York Times at the time.

The Times reported that the Vermont location was the only IHOP in the country to offer real maple syrup -- for an extra 99 cents -- as opposed to the chain’s other artificially flavored syrups.

Today, customers in Vermont can still get real maple syrup, a spokesperson for the company told FOX Business.

When IHOP opened its doors in 1958 in Los Angeles, it went by its full name, the International House of Pancakes. The acronym actually didn’t come along until 15 years later.

According to the website, a marketing campaign introduced the IHOP acronym in 1973 and the nickname stuck around.