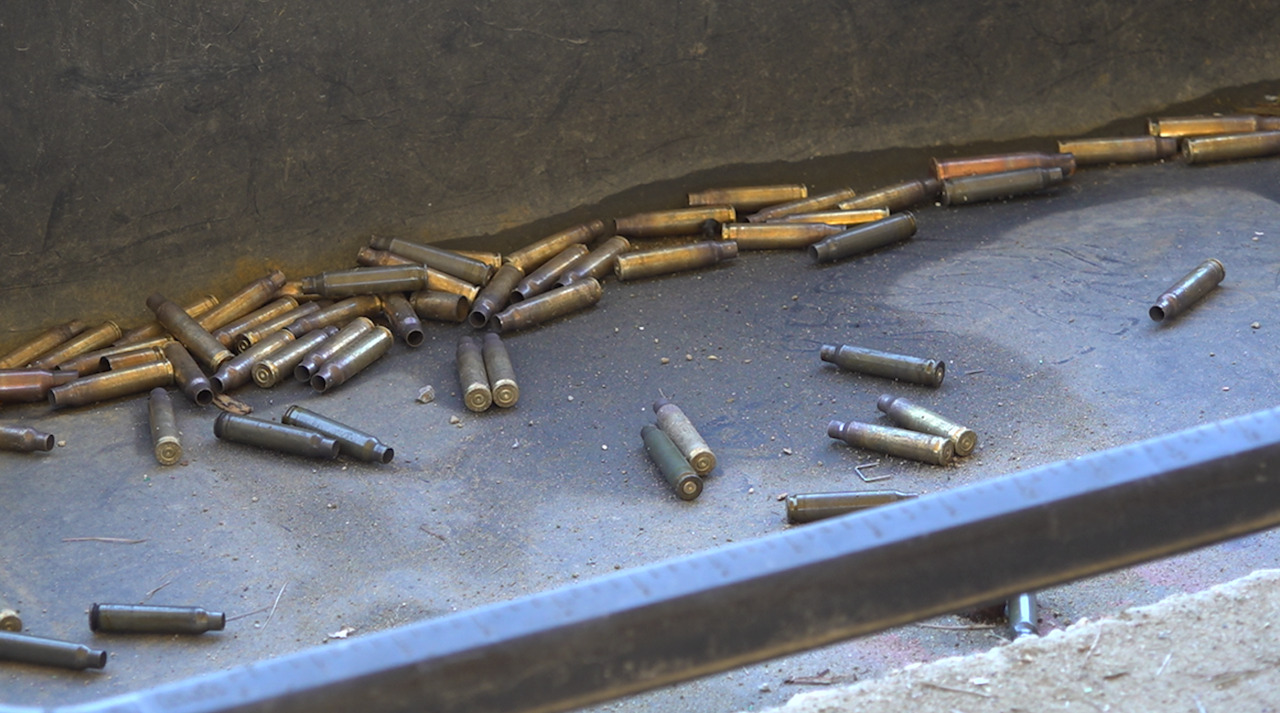 Retailers can't keep their shelves stocked due to supply chain issues and increased demand. Hunters say if you don't already have ammunition, it's going to be nearly impossible to find without paying a price.

PEARL RIVER, La. – The U.S. is in the peak of hunting season, but this year, the real hunt is for ammunition

Retailers say they can barely keep their shelves stocked because of shipping delays and increased demand.

Hunters agree that if you don't already have your ammo for the season, it's going to be nearly impossible to find without paying a price.

At Paulie's Pistols in Slidell, Louisiana, store owner Paul Scali says he's been sold out of bullets for three months.

The ammunition shelves are bare at Paulie's Pistols in Slidell, LA.

"Nothing is being imported right now," Scali said. "What little is coming through is stuck in the port of Los Angeles. All the stores have sold out, there's nothing."

If you are lucky to find ammo, you'll be paying more for it.

"I got these on the store shelf for about 63-65 cents a round when this would normally be a low 20 cents a round," said gun enthusiast Chas Bearden.

If you're lucky enough to find ammo, you'll likely have to pay double for a box.

The demand for guns skyrocketed during the pandemic. The FBI processed over 21 million National Instant Criminal Background Checks (NICS) in 2020.

That demand doesn't seem to be letting up anytime soon.

The week of Black Friday, the FBI received requests for 687,788 NICS checks.

"Every one of those checks is essentially a purchase of a firearm," said Sam Ball, the Rangemaster at the Honey Island Shooting Range. "It also means that people are buying ammo. It amazes me that people are still spending the money and enjoying the sport."

But guns are useless without bullets.

Many people will make their own bullets, but Ball says panic buying needs to stop for the supply to bounce back.

"Buy it when you can, but don't buy any more than you need," Ball said. "Stop the hoarding and that makes it available for the recreational shooter."

Some stores are limiting the number of boxes people can buy at a time, but many retailers say it will be months before they expect to have a steady supply again.

For those trying to find bullets, Ball and Scali recommend looking online.

"Online you might find a box or two, but you're going to pay ten times more than you normally would," Scali said. "But be careful because there are a lot of scams out there."