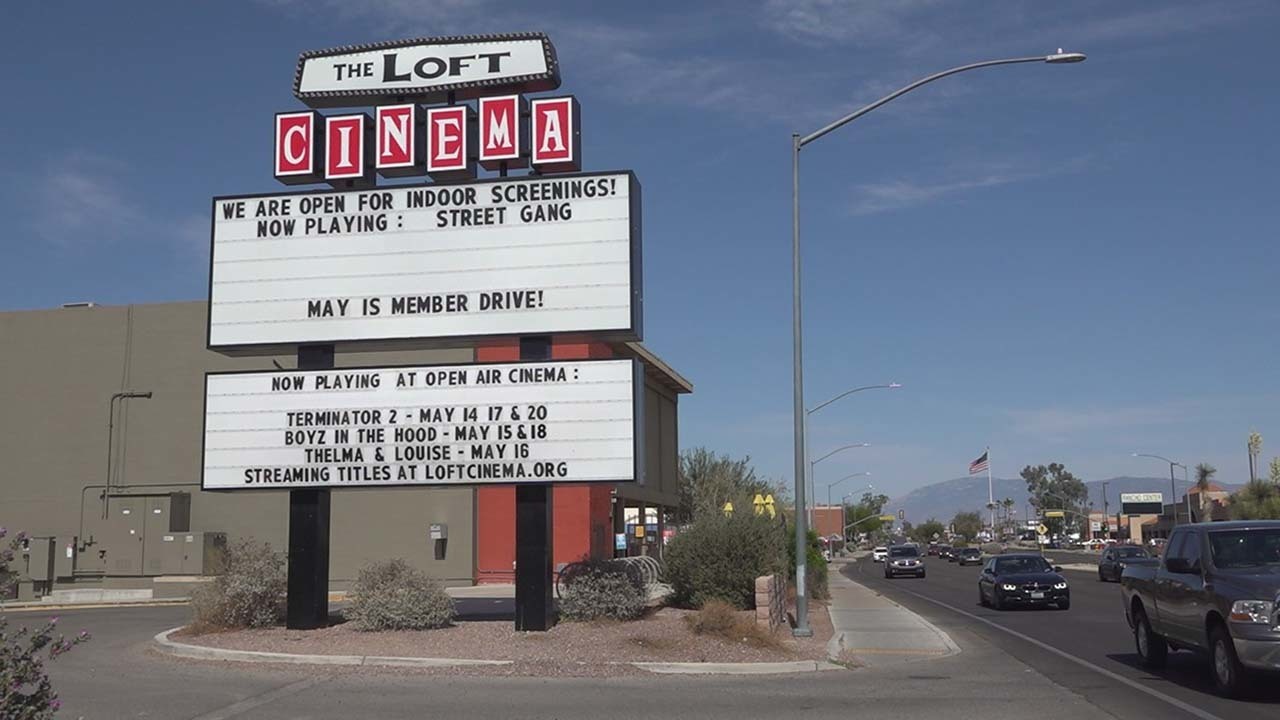 Movie theaters are slowly reopening a year after COVID-19 shutdowns

Movie theaters are slowly reopening a year after COVID-19 shutdowns.

LOS ANGELES — At a multiplex here Wednesday, Arnold Schwarzenegger led a pep rally for big-screen films ahead of the summer movie season.

"We want to bring the big screen back. That's what this is all about," said the "Terminator" star and former California governor, who led part of the small, socially-distanced crowd in chants of "We are back! We are back!"

The fact that moviegoing -- a more than $11 billion-a-year domestic business pre-Covid-19 -- needed a pep rally speaks to Hollywood's odd reality these days. It both wants people to rush back to the movies and watch them at home via streaming services.

AT&T Inc.'s streaming-driven spinoff of WarnerMedia on Monday is the latest development in an accelerating push to build direct-to-consumer platforms accessible for a monthly fee. How the traditional box-office business model will coexist alongside streaming services, and how film studios fit in, has become an increasingly urgent question.

Most American multiplexes are open ahead of a summer moviegoing season that could become a referendum on the future of the business. This weekend, Comcast Corp.'s latest "Fast & Furious" installment, "F9" -- distributed by Universal Pictures -- opens in major international markets, including China. Next weekend, Walt Disney Co.'s "Cruella," starring Emma Stone, and Paramount Pictures' horror sequel "A Quiet Place Part II" hit theaters in the U.S.

MOVIE THEATERS ARE SLOWLY REOPENING A YEAR AFTER COVID-19 SHUTDOWNS

All three films were delayed due to the pandemic, and all three will test whether the summer blockbusters are back.

Ravaged by theater closures, North American box-office revenues plummeted to $2.2 billion last year, compared with $11.4 billion in 2019, according to the Motion Picture Association.

When theaters were closed, Disney and AT&T leaned fully into their nascent streaming services, debuting many films online to lure subscribers -- and prove to investors that they could adapt their businesses.

The strategy worked, to an extent. Homebound viewers watched films originally made for theatrical distribution on TV or on their devices. The Disney+ service quickly gained ground on Netflix Inc. and Amazon.com Inc.'s Prime Video as it offered films like "Mulan" and "Soul" exclusively on the platform. In March, Disney said its flagship streaming service had surpassed 100 million subscribers.

The Warner-Discovery deal further cements the reality that Hollywood clout rests more with streaming Goliaths' subscription figures than box-office tallies. Even Comcast, a cable provider with a movie studio, streaming service and $250 billion market capitalization, suddenly seemed -- in the wake of the Warner-Discovery deal -- like a smaller player that could stand to bulk up, too. Its share price fell by more than 7% in the days after the deal was announced on Monday.

As big streaming services rush to scale, several smaller studios and independent distributors are being forced to figure out how to survive. MGM Holdings Inc., the studio behind a James Bond installment set for theatrical release this fall, has held talks with potential acquirers. Its catalog has value -- particularly for services that want to immediately deepen their library of titles -- but the company is saddled with a heavy debt load.

For now, ViacomCBS Inc. is confident it can have the best of both worlds. Its rebranded Paramount+ streaming platform aims to add subscribers with movies while its Paramount Pictures studio distributes high-profile theatrical releases like "A Quiet Place Part II." Additionally, the company's CEO, Bob Bakish, recently said, in an effort to keep subscribers happy, the service would release one new movie a week online starting next year.

Still, Paramount is committed to exclusive theatrical runs for certain titles like "Top Gun: Maverick" and upcoming releases from the "Mission: Impossible" franchise. It has also shown a willingness to sell other releases, like "The Tomorrow War" to Amazon.

The only major studio without an affiliated streaming service, Sony Group Corp.'s Sony Pictures Entertainment, has taken a bifurcated approach, reserving theatrical debuts for its biggest, most well-known releases like September's "Venom: Let There Be Carnage," while also producing movies for Netflix and other streamers.

Sony embodies Hollywood's dual realities. It wants to be a go-to studio for directors who still give priority to big-screen releases, but it's also taking advantage of the seller's market set off by the streaming boom. That strategy, formed four years ago as the direct-to-consumer market took shape, has resulted in strong earnings for the studio.

The company isn't looking to sell itself to one of the industry conglomerates that are forming, according to a person familiar with the matter. Instead, Sony wants to deepen ties across its own business -- placing Sony Music stars in its movies, for instance, or producing films and TV shows based on its popular PlayStation games. The upcoming Sony musical "Cinderella" encapsulates the strategy: Sony Music singer Camila Cabello plays the title role, but rather than compete against big-budget films in theaters, the studio decided earlier this month to sell it to Amazon.

Yet big-screen partisans remain. Hollywood heavyweights J.J. Abrams and Jason Blum joined Mr. Schwarzenegger at Wednesday's event -- the brainchild of agency Creative Artists Agency -- while other stars like Dwayne Johnson and Emma Stone taped messages stumping for the return of moviegoing. Director Jon M. Chu introduced a clip of his Warner Bros. musical "In the Heights," after sharing a heartfelt story about his young daughter's recent screening of the film.

Kevin Feige, head of Disney's Marvel Studios, also made his case. "Marvel movies are meant to be shown on the big screen," he said in a message taped for the event.

To drive home his message, Mr. Schwarzenegger referenced his own beginnings. "I wouldn't be here if it weren't for the theaters," he said.