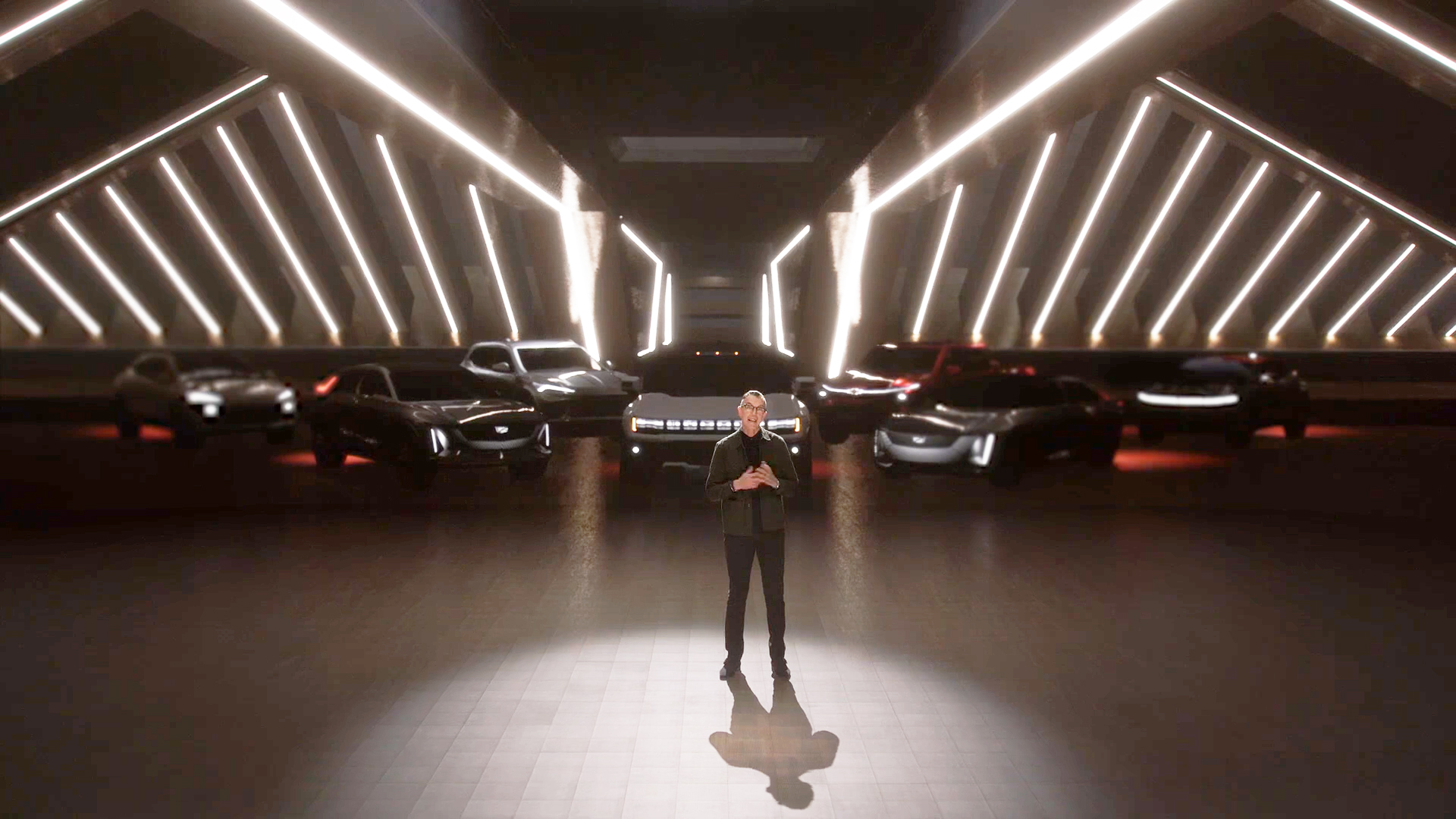 General Motors stock closed at an all-time high on Tuesday following a virtual presentation during CES that laid out an extensive look at its electric, autonomous future and even included a flying car.

The presentation, hosted by CEO Mary Barra, comes after the automaker revealed a new logo and brand identity meant to evoke a new era for the company.

Barra said GM was at an inflection point and reiterated its commitment to eventually becoming an all-electric automaker and introducing 30 battery-powered models globally by 2025, many of which were teased and previewed during the event.

Key to the transformation is the automaker’s Ultium battery technology, which GM Lab Group Manager Mei Cai said will soon have 60% more energy capacity and cost 60% less than the packs in the current Chevrolet Bolt.

Among the vehicles from Chevrolet are a pickup, compact crossover and high-performance model, while three battery-powered Buicks are planned along with several Cadillacs and the GMC HUMMER EV pickup and SUV.

GM is also adding its hands-free Super Cruise driver aid to 22 vehicles by 2023, including the Chevrolet Bolt EUV crossover that goes on sale this year. The system allows for hands-off operation with human supervision under certain circumstances. GM's Cruise division also reported continued progress in the deployment of its fully-autonomous test vehicles on the streets of San Francisco.

In addition to outlining the transition of its existing core brands, GM announced the creation of a new commercial division called BrightDrop that will sell an electric van called the EV600, the EP1 electrically-assisted pallet and a fleet management system to go with them.

Simcoe also unveiled a pie-in-the-sky concept for a Cadillac autonomous flying drone that could be deployed in an urban taxi service and a self-driving Cadillac luxury van as part of a so-called Halo Portfolio showcasing future ideas.