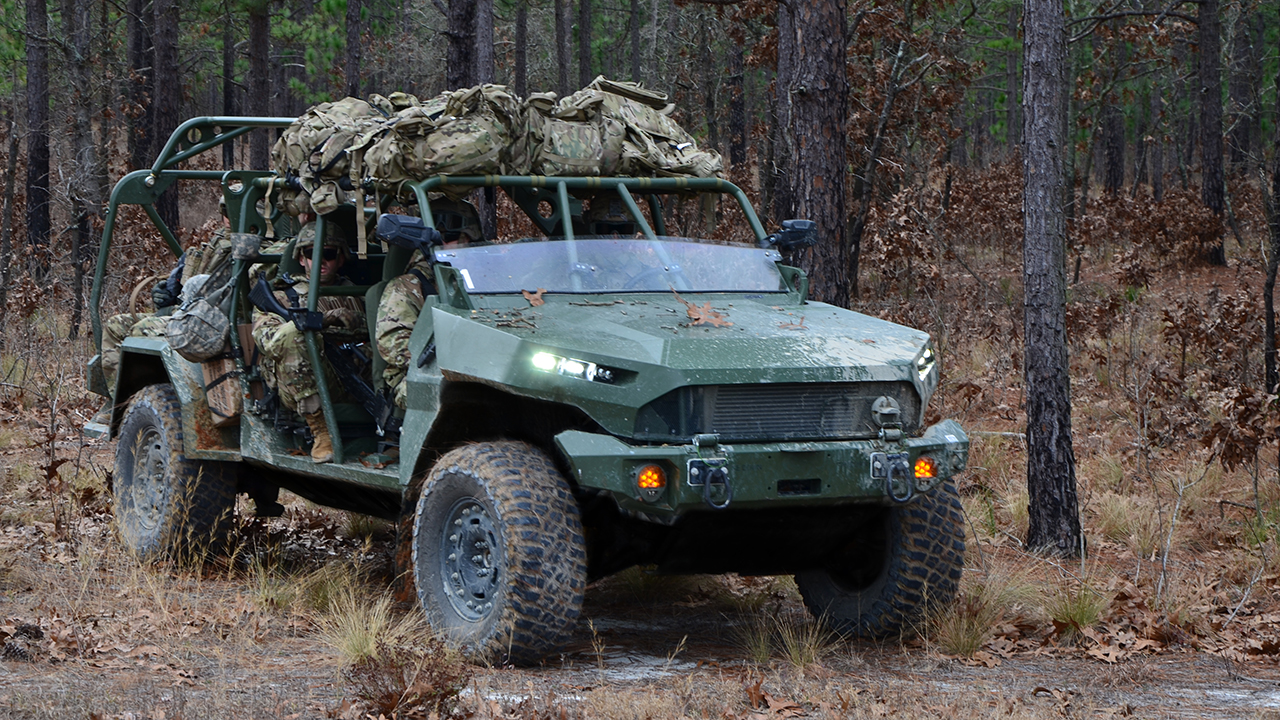 GM Defense has delivered the first four of 649 Infantry Squad Vehicles (ISV) it will manufacture and maintain for the U.S. Army through a $214.3 million contract awarded in June.

The General Motors subsidiary was established in 2017 and the ISV marks the first supply contract won by the company. The rapid deployment vehicles were built over a short 120-day time frame and will undergo final testing before volume production begins.

The nine-passenger trucks are based on the Chevrolet Colorado ZR2 pickup and share 90 percent of its parts, including its high-performance off-road suspension, but with modifications to make them easier to maintain in the field without garage equipment.

The ISV shares 90 percent of its parts with the Chevrolet Colorado pickup.

They feature an open-body with a retractable rollover protection system that allows them to fit inside of a CH-47 Chinook or be slung from a UH-60 Blackhawk. They can also be dropped from a military cargo plane by parachute, and all three types of air deployment will be part of their evaluation.

The first 27 trucks will be built at GM’s Milford Proving Ground in Michigan, then production will move to a facility that will be operated by NASCAR racing team Hendrick Motorsports near Mooresville, N.C.

The contract calls for the first 649 ISVs to be delivered by the end of 2024 and includes provisions for up to 2,065 if funding is approved. The Army's 82nd Airborne will be the first division to receive the vehicles.