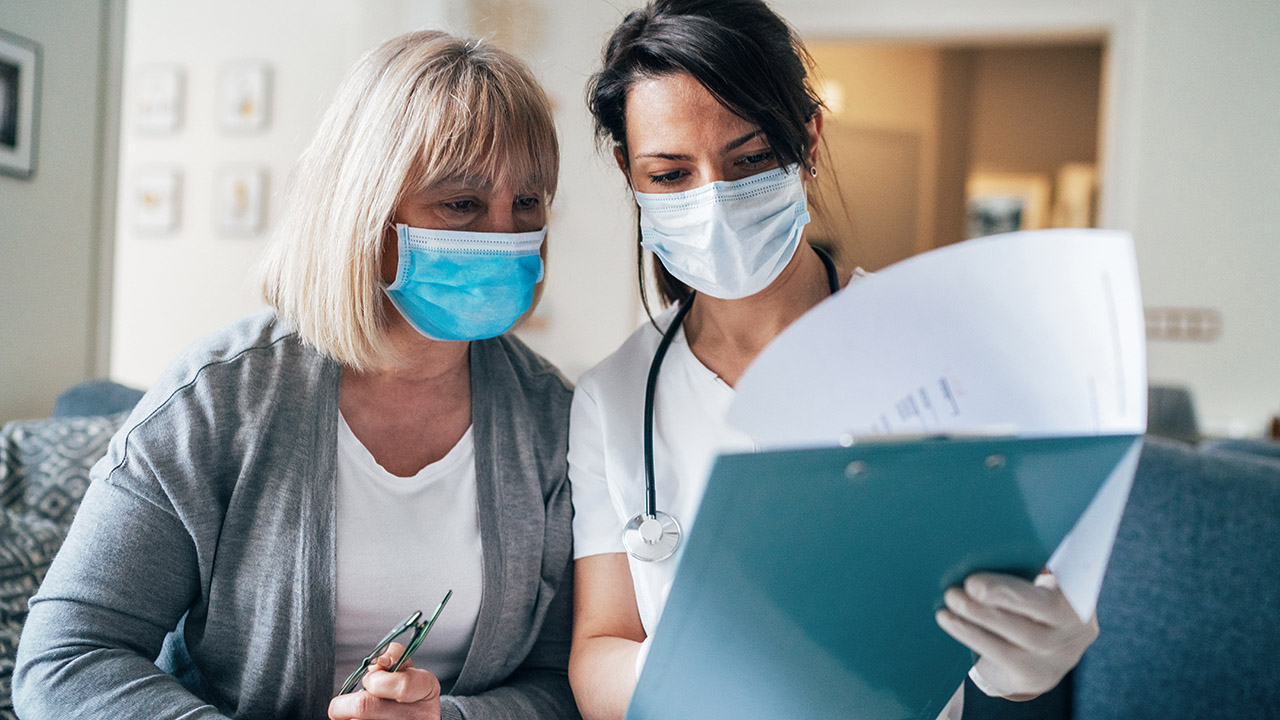 The latest coronavirus relief law, which President Biden signed Thursday, gives many workers who have been laid off over the past year the option to resume employer-based health insurance coverage free from April 1 through Sept. 30.

Normally, such coverage -- available to former employees under a federal law known as Cobra -- is expensive, averaging about $600 a month for individuals and $2,000 a month for families, said Karen Pollitz, a senior fellow specializing in private health insurance at the nonprofit Kaiser Family Foundation.

As a result, she said, many who are laid off don't get Cobra coverage.

The latest coronavirus relief law, which President Biden signed Thursday, gives many workers who have been laid off over the past year the option to resume employer-based health insurance coverage free from April 1 through Sept. 30. (AP Photo/Andrew

To help the millions of Americans who have lost their jobs recently obtain affordable health insurance, the law also increases subsidies to people who buy Affordable Care Act plans.

What follows are details of who is eligible for the free Cobra coverage, how it will work, and what to consider before taking it.

What does the stimulus offer?

Cobra requires companies with 20 or more employees to permit former workers to stay enrolled in the health plan, typically for up to 18 months.

Although many employers subsidize workers' premiums while they are employed, they can -- and often do -- require those on Cobra to pay the entire cost of their premiums plus a 2% annual administrative fee, said Ms. Pollitz.

Generally, people who have been laid off over the past year from jobs in which they were enrolled in health insurance are eligible.

Normally, when workers are laid off, they have 60 days from receiving notice of Cobra eligibility to sign up. But the departments of Labor and Treasury recently issued guidance that preserves the option to sign up for people who were laid off as far back as March 1, 2020, said Ms. Pollitz.

Under the law, many of these former workers can resume employer-based coverage starting April 1, 2021.

Those who want retroactive coverage can choose to pay the Cobra premiums for the months that have elapsed since they left their jobs, she said. But they don't have to. The free Cobra applies only to the period from April 1 to Sept. 30.

The free Cobra is also available to workers who lost health insurance due to an involuntary reduction in their work hours.

Female doctor consults mature patient during the quarantine for coronavirus

People who left jobs -- or reduced work hours -- by choice aren't eligible for free Cobra under the new law.

Dependents who recently turned 26 and are no longer eligible for a parent's plan and former spouses who lose coverage due to a divorce can also obtain Cobra coverage but must pay for it, said Ms. Politz.

The free coverage "is really aimed at people with a job loss," she said.

PARENTS COULD RECEIVE $3,600 CHILD TAX CREDIT SOON – HERE’S WHAT YOU NEED TO KNOW

Not necessarily. For most people who are laid off, Cobra is available for 18 months. That means someone who was laid off Feb. 1, 2020, and elected Cobra then would see their coverage expire around Aug. 1.

Someone laid off on Sept. 1 of this year would be eligible for just one month of free coverage since the provision lapses Sept. 30.

People who start a new job with health insurance before Sept. 30 would lose the free Cobra coverage, said Ms. Pollitz.

What should I consider before signing up?

One thing to consider is what will happen when the free coverage expires Sept. 30.

Ms. Pollitz said it is possible Congress could extend the free Cobra. But if it doesn't, people on it would face a choice between paying the full cost to extend their insurance or letting it lapse.

Until May 15, you can sign up for an Affordable Care Act-compliant health plan. The new law offers increased subsidies for those plans, reducing costs for many who buy them.

What should I do if I want the Cobra coverage?

The new law requires employers to send former workers who qualify for Cobra notices of eligibility. But that may take time, so call your former employer to make sure your coverage starts April 1, said Ms. Pollitz.