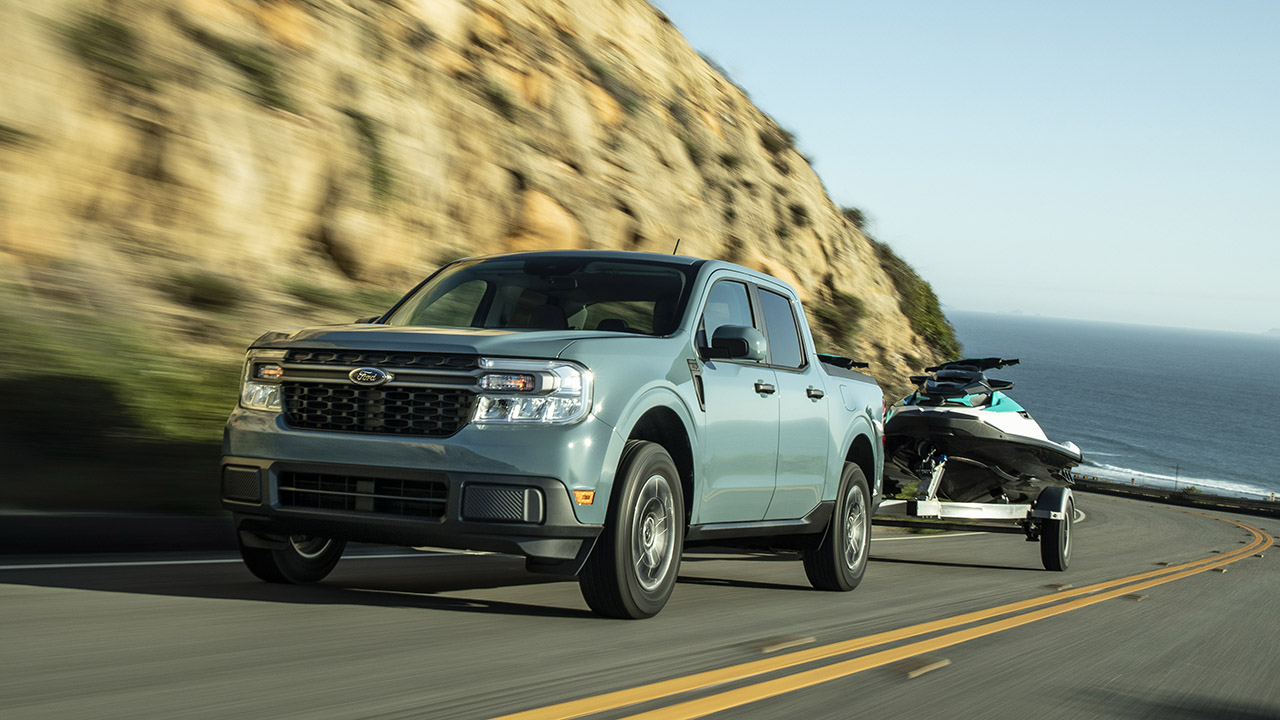 The Maverick is an outsider.

The $21,490 model is built on a car-like unibody platform with front-wheel-drive and a hybrid powertrain rated at 40 mpg city, which is where the automaker expects a lot of them will be used.

"These are customers, they're creative, they're makers, they're doers, they're very diverse in kind of who they are, where they live and what they do," Ford trucks marketing manager Todd Eckert told FOX Business during an exclusive sneak peek at the Maverick at Ford's Michigan Proving Grounds.

"We think a lot of them will be coming out of passenger cars, or smaller SUVs where, for some of the versatility and durability, they may have had to compromise a bit," Eckert said.

Ford recently discontinued all of its car models, except for the two-door Mustang, to refocus the lineup on more profitable and stronger-selling pickups and SUVs. It sold 787,422 full-size F-Series trucks and 101,486 midsize Ranger pickups last year.

Eckert expects the Maverick to appeal many customers who may have considered the Ranger, but want something more frugal and more maneuverable with similar functionality.

"We think definitely there's a strong market there, certainly amongst people who maybe never considered a truck before," Eckert said.

Ford isn't the only automaker targeting this consumer segment. By the time the Maverick hits dealers in a few months, the slightly smaller Hyundai Santa Cruz will be on sale. Hyundai hasn't announced pricing yet, but the non-hybrid vehicle has a combined fuel economy rating of 22-23 mpg, compared to the Maverick's 37 mpg. The Maverick will also be offered in an all-wheel-drive version with a non-hybrid turbocharged four-cylinder engine that starts at, but the estimated fuel economy has not been released.

Two hours after the Maverick was revealed on Tuesday morning, Ford's consumer website was experiencing issues and reporting record traffic. Reservations are currently being accepted for trucks scheduled to be delivered this fall.