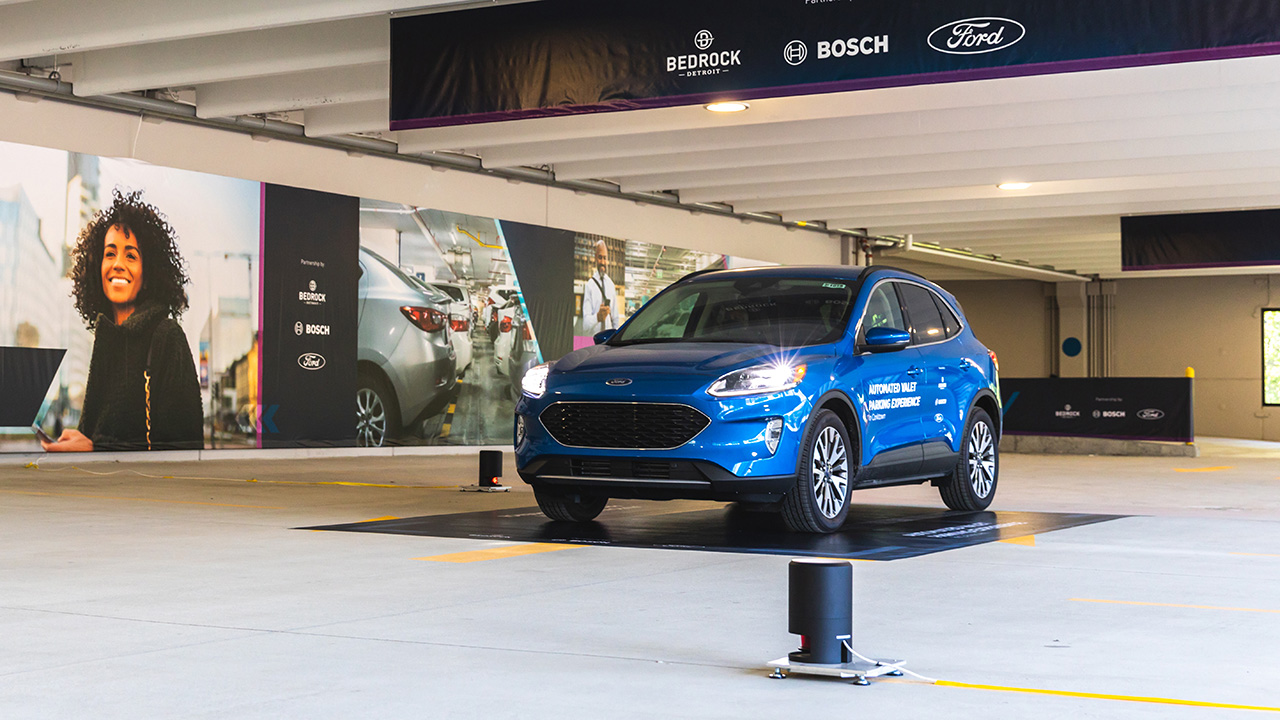 For the past decade, Ford has been selling vehicles that can pull themselves into a parking space while controlling the steering, throttle and brakes as long as a driver is sitting inside of them to keep an eye on things. That may change soon.

Ford Motor Company, Bedrock and Bosch are launching a demonstration project with connected Ford Escape test vehicles that can drive and park themselves inside Bedrock’s Assembly Garage in Detroit using Bosch smart infrastructure.

The automaker has teamed up with Bosch to demonstrate an automated valet system installed in a garage in Detroit’s Corktown neighborhood that allows drivers to drop off their cars and send them off to find a spot on their own. Bosch has previously shown the tech in Germany.

Instead of making the cars themselves more autonomous with expensive hardware, the system uses a series of lidar scanners that are placed around the facility to scan for pedestrians and obstacles as it connects to the two Ford Escape test vehicles via WiFi and guides them through the garage by tapping into their production driver aid features through special software.

The demonstrations are currently being conducted in a section of the garage cordoned off for the purpose, and with a backup driver on board due to regulations.

Bosch’s director of sales for mobility solutions, Kevin Mull, told Car and Driver that the long-term plan is to replace the lidar sensors with less costly stereo cameras that can double as security monitors.

If it is ever deployed in commercial use, customers would use an app to activate it and pay for parking, while garage operators could pack more cars into their facilities since the doors won’t have to be opened. The cars can also be moved around during the day to accommodate services like electric vehicle charging.

The Detroit demonstration will run through September. Bosch and Ford haven’t put a date on when a commercial version may be rolled out.