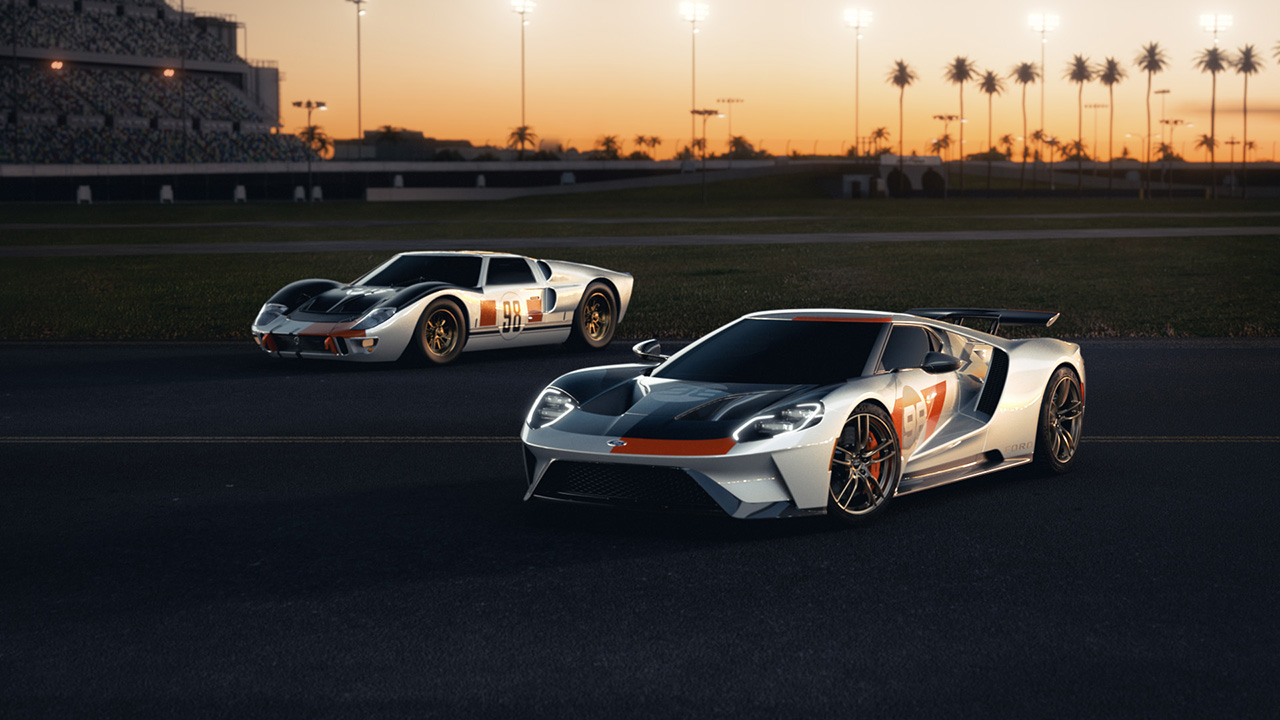 Miles, whose role in the development of the race car and heartbreaking second-place Le Mans finish was chronicled in the film “Ford v Ferrari,” took the checkered flag at the 1966 24 Hours of Daytona in a car co-driven by Lloyd Ruby to lead a 1-2-3 Ford sweep, setting the stage for the car’s repeat performance at Le Mans later in the year.

Ford is now offering a version of its $450,000 GT supercar -- which was inspired by the GT40 and lost on its own debut Daytona outing in 2016 before scoring a class win at that year’s Le Mans race -- with a graphics package that celebrates Miles' achievement.

The white car features a black exposed carbon fiber hood, red striping and the number 98 of Miles and Ruby’s winning car on the hood and both the outside and inside of the doors. Its black interior is contrasted with red seats and red paddles on the steering wheel that can be used to manually change gears with the GT’s 7-speed dual-clutch transmission as its 3.5-liter turbocharged V6 sends 660 hp to the rear wheels.

Miles didn't get the chance to defend his Daytona title, as he was killed in a testing accident in August 1966.