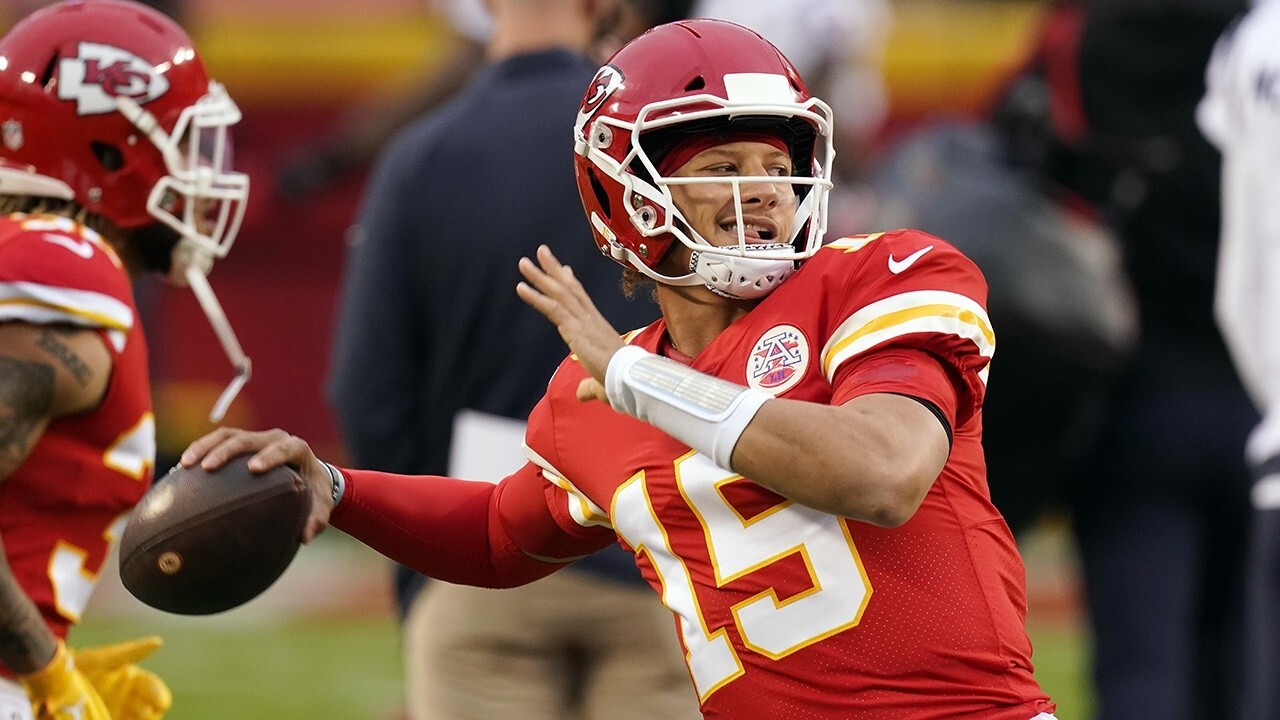 Former NY Giants running back Tiki Barber on what may be driving the NFL's ratings this season and the rise in popularity of sports betting.

One Wisconsin school district built a new football field. In Iowa, a high school weight room is getting a renovation. Another in Kentucky is replacing two outdoor tracks — all of this funded by the billions of dollars in federal pandemic relief Congress sent to schools this year.

The money is part of a $123 billion infusion intended to help schools reopen and recover from the pandemic. But with few limits on how the funding can be spent, The Associated Press found that some districts have used large portions to cover athletics projects they couldn’t previously afford.

Critics say it violates the intent of the legislation, which was meant to help students catch up on learning after months of remote schooling. But many schools argue the projects support students’ physical and mental health, one of the objectives allowed by the federal government.

Rep. Bobby Scott, the top Democrat on the U.S. House education committee, said the money shouldn’t be used to fund athletics at the expense of academics. It was meant to help students, he said, not sports programs.

"I suspect you can make a case for anything, but the purpose is clear: It’s to open safely, stay open safely and deal with learning loss," Scott said. "These are targeted resources needed to address the fact that a lot of children just didn’t achieve much for about a year."

Robin Lake, director of the Center on Reinventing Public Education, said every dollar of pandemic relief spent on sports could be used to expand tutoring, reduce class sizes and take other steps to help students who are struggling academically.

"Can these districts show that all their kids are ready to graduate at the end of this year — college- and career-ready?" she said. "If not, then stop the construction. Stop it right now."

In some parts of the country, exercise equipment companies have tried to capitalize, contacting school coaches and superintendents to suggest upgrades.

It’s impossible to know exactly how many schools are using pandemic relief on athletics. Districts are required to tell states how they’re spending the money, but some schools are using local funding for sports projects and then replacing it with the federal relief — a maneuver that skirts reporting requirements.

The funding is part of the American Rescue Plan signed in March by President Joe Biden that sent money to schools, giving larger shares to those with higher poverty. It’s the latest of several rounds of funding Congress funneled to the states to address education needs. The AP has tracked more than $157 billion distributed so far to school districts nationwide. 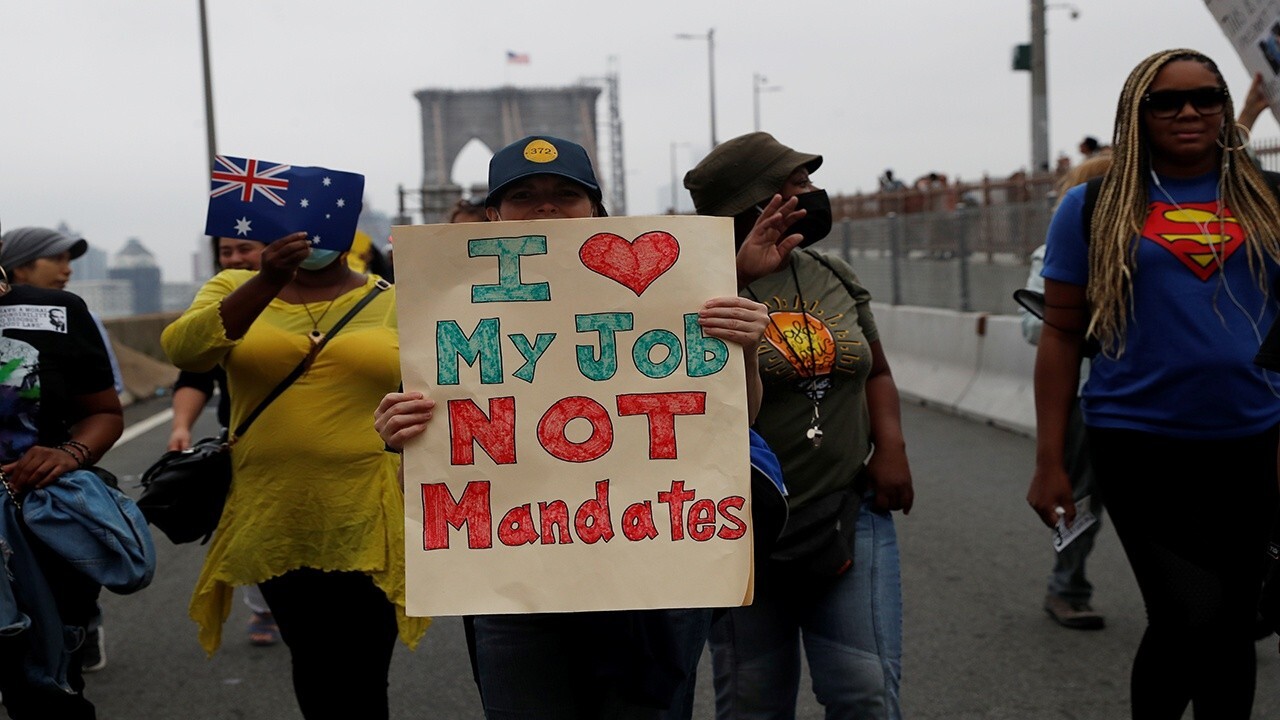 Schools have wide flexibility in how they use the money but only three years to spend it, a deadline that has led some to look for quick purchases that won’t need ongoing funding after the federal money is gone.

When school officials in Whitewater, Wisconsin, learned they would be getting $2 million in pandemic relief this year, they decided to use most of it to cover their current budget, freeing up $1.6 million in local funding to build new synthetic turf fields for football, baseball and softball.

Athletics officials in the district of 1,800 students said the project was sorely needed to replace fields prone to heavy flooding. They touted the federal money as a chance to solve the problem without asking local taxpayers for funding.

"If we don’t do it now with this money, I’m not sure when we would ever do something like this," athletic director Justin Crandall told the school board in May. "I don’t see us being a district that would go to a referendum for turf fields."

Two school board members objected, with one raising concerns that just $400,000 was being used to address student learning loss — the minimum to meet a requirement that at least 20% goes toward that purpose.

The board approved the plan over those objections, and the new football field had its grand opening in September. District Superintendent Caroline Pate-Hefty declined to answer questions about the project.

In the Roland-Story Community School District in Iowa, there were no objections when the school board voted in May to use $100,000 in pandemic relief on a high school weight room renovation. That allowed the district to double its weightlifting platforms to 12 and add new flooring with customized school branding.

Superintendent Matt Patton called it a "major health and safety improvement," saying the new floors can be disinfected more easily. He said most of the district’s federal aid went to other costs, including a full-time mental health therapist, special education teachers and expanded summer learning options.

Like many others in rural Iowa, the district of about 1,000 students has tried to return to normal operation: It’s back to full in-person learning and, just weeks before approving the weight room overhaul, dropped a mask mandate.

The project is seen as a boon for wrestlers and the football team, which recently boasted that 39 players put in more than 3,300 workouts in the off-season. The old equipment will be used at the middle school.

"More kids will be able to lift at the same time with better equipment," said high school wrestling coach Leland Schwartz. "Anytime we can offer more opportunities for our athletes, those athletes will get better, which makes all of our programs better." 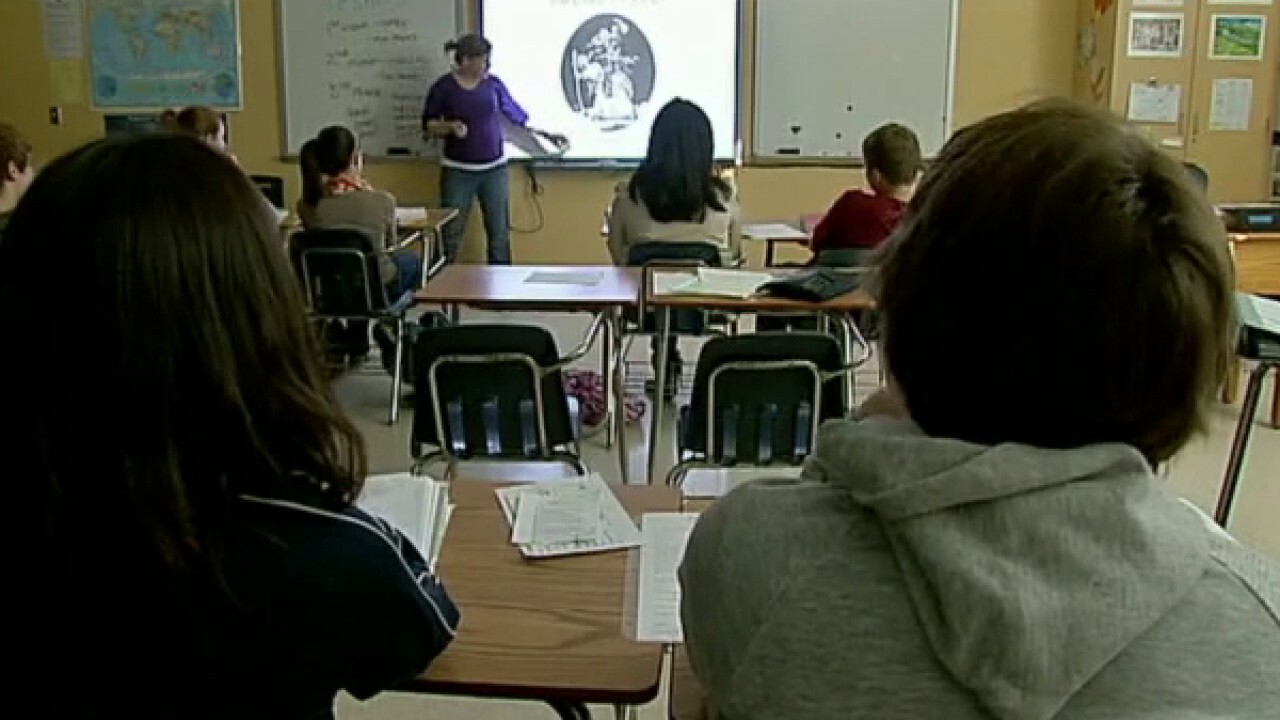 The school board in East Lyme, Connecticut, recently approved a plan to put some of its federal relief toward annual operating costs, freeing $175,000 to renovate a baseball field with poor drainage. Some board members called for quick action to get the work finished in time for games in the spring.

In September, the Pulaski County school board in Kentucky allocated $1 million in pandemic aid to resurface two outdoor tracks. Superintendent Patrick Richardson called it a health-and-wellness project that falls within the scope of the federal funding, saying it will "allow our students to be taken out for mask breaks, by class, in a safe environment."

Among education advocates, the athletics spending is seen as a breakdown at all levels of government.

In a statement, the Education Department said it has made clear the funding must be used on "reasonable and necessary" expenses responding to the pandemic. It said there’s "ample evidence" of districts using the relief to keep schools safe, including by increasing access to vaccines, implementing virus testing and improving ventilation systems.

"We continue to strongly encourage every district to use these funds to help address these issues, including by using our Return to School Roadmap and by providing guidance on how to use these funds," the department said.

So far, athletic spending has generated little pushback from states, which are responsible for making sure districts spend the money appropriately. In August, education officials in Illinois rejected a school’s plan to use the funds on a football field. But other states say it isn’t their place to challenge school spending decisions.

Heather Doe, a spokesperson for the agency, said funding priorities are local decisions. The department doesn’t have authority to reject a district’s spending, she said, unless it’s "definitely unallowable."

In Congress, lawmakers from both parties say it’s wrong to use the money on sports. Democrats say it’s not what it was meant for, while Republicans say it’s a sign it wasn’t needed.

"Congress allocated billions more than the CDC estimated was necessary to safely reopen schools, paving the way for rampant waste and abuse," said Rep. Virginia Foxx of North Carolina, the top Republican on the House Committee on Education and Labor.

Often, the calls are from underfunded districts that want the kind of facilities their wealthier peers have, May said. But some are just looking for ways to spend their federal relief within the three-year deadline.

Luke Reiland, a company representative in Ames, Iowa, said he’s been calling schools to let them know the funding can be used for those kinds of costs. He sees weight rooms and fitness centers as increasingly important for schools in smaller towns as they look to keep students from leaving for larger districts.

"I’m right in the battle ... to get this money allocated," Reiland said. "I think a lot of these small schools are trying to use this money to really upgrade a bunch of stuff, and I am just trying to get my piece of the pie."