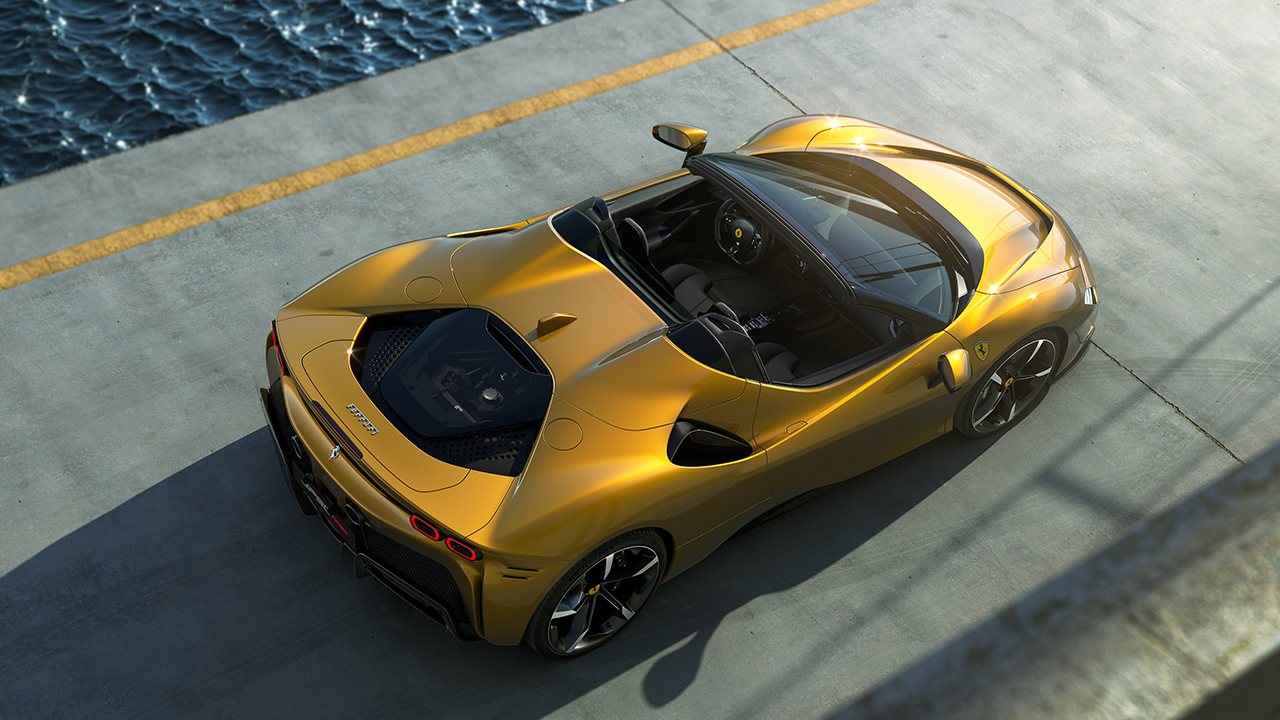 Fox Business Briefs: Ferrari introduces its first hybrid, the SF90, which will have 986 horsepower and a top speed of 211 mph making it the most powerful street-legal vehicle the Italian supercar manufacturer has ever made; Abercrombie & Fitch says it's closing some its large flagship stores and focusing on smaller shops.

Hold onto your cappelli, because Ferrari just popped the top on its most powerful model ever.

The SF90 Spider is a convertible version of the SF90 Stradale coupe that debuted last year. The all-wheel-drive supercar features a turbocharged V8 engine and three electric motors that generate a combined 986 hp.

Its retractable hardtop roof can be lowered in 14 seconds even while the car is moving, and it can move. The SF90 Spider needs less than 2.5 seconds to accelerate to 60 mph and can hit a top speed of 211 mph.

For drivers who’d prefer to take things more slowly and quietly, it can also operate as a front-wheel-drive pure electric car for up to 16 miles on a charge.

But while Ferrari is firmly in the hybrid game, don’t expect to see a true electric Ferrari anytime soon. CEO Louis Camilleri said during the company’s third-quarter earnings call that it will be at least 2025 before there’s a Ferrari that doesn’t burn any gasoline.

SF90 Spider deliveries begin next year at a yet to be announced price, but the SF90 Stradale starts at $625,000.