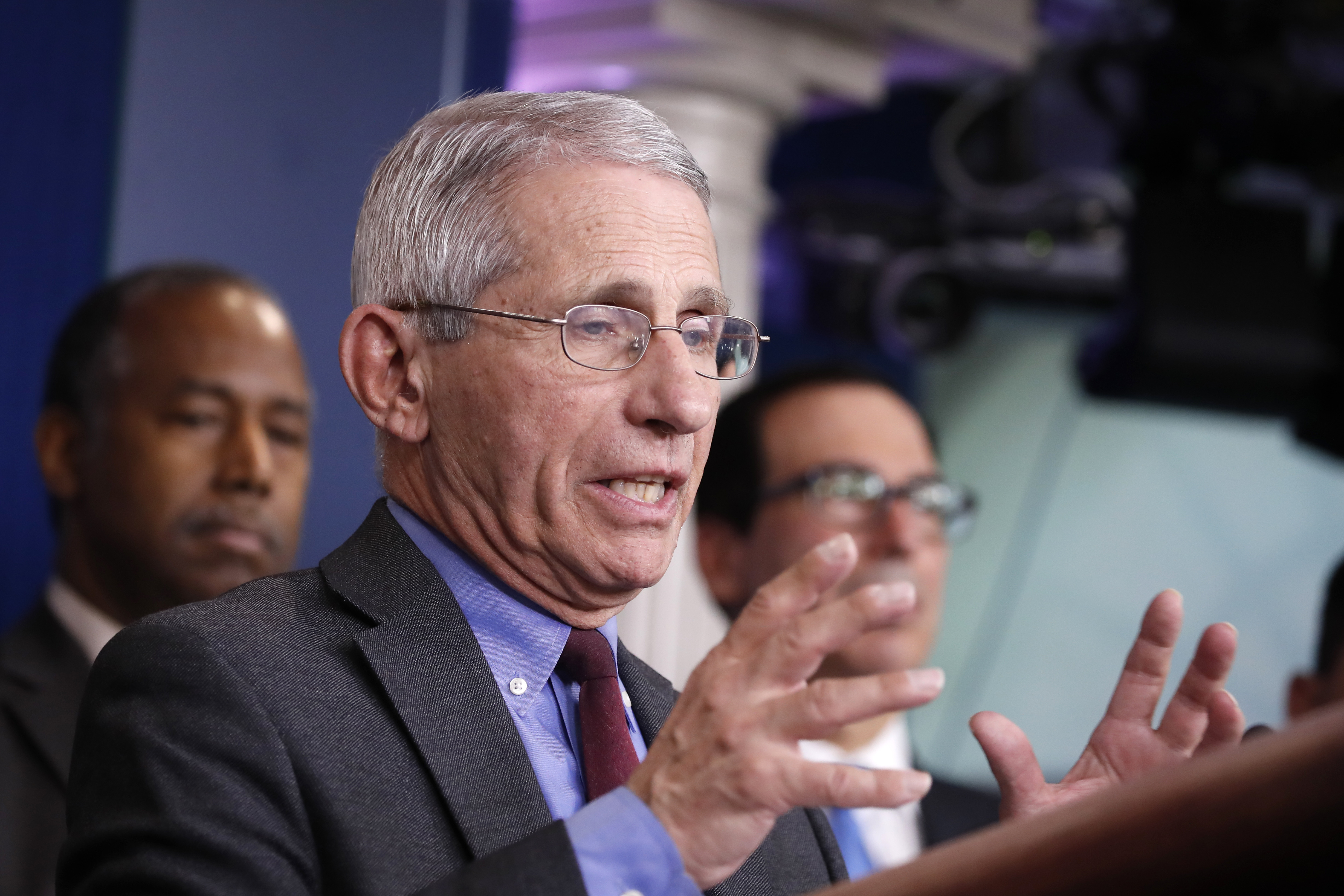 Parts of the U.S. could reopen and get back to business as early as next month.

Dr. Anthony Fauci said Sunday that the economy in parts of the country could have a “rolling reentry” as early as next month, provided health authorities can quickly identify and isolate people who will inevitably be infected.

New cases of the coronavirus are certain to arise when restrictions imposed to limit the spread of the virus are eased, said Fauci.

Fauci also said he “can't guarantee" that it will be safe for Americans to vote in person on Election Day, Nov. 3.

When asked on CNN if earlier action on social distancing and “stay at home” policies could have saved lives, Fauci responded in part: “It’s very difficult to go back and say that. I mean, obviously, you could logically say that if you had a process that was ongoing and you started mitigation earlier, you could have saved lives. Obviously, no one is going to deny that. But what goes into those kinds of decisions is complicated.”

President Trump, who has been chafing at criticism that he didn't do enough early on to fight the virus, later reposted a tweet that referenced Fauci's comments and that said “Time to #FireFauci." The president again pointed to his decision in late January to restrict travel from China, writing, “Sorry Fake News, it’s all on tape. I banned China long before people spoke up.”

The tweet was one of several that Trump posted on Sunday that defended his handling of the virus outbreak and blamed others for missteps.

Rather than flipping a switch to reopen the entire country, Fauci said a gradual process will be required based on the status of the pandemic in various parts of the U.S. and the availability of rapid, widespread testing. Once the number of people who are seriously ill sharply declines, officials can begin to “think about a gradual reentry of some sort of normality, some rolling reentry," Fauci said.

In some places, he said, that might occur as soon as May. “We are hoping that, at the end of the month, we could look around and say, OK, is there any element here that we can safely and cautiously start pulling back on? If so, do it. If not, then just continue to hunker down," Fauci said.

Whenever restrictions ease, Fauci said, “we know that there will be people who will be getting infected. I mean, that is just reality. “

Social distancing guidelines from Trump are set to expire April 30.

Trump is eager to restart the economy, which has stalled because most Americans are under orders to “stay at home” to help slow the virus’ spread.

But governors will have a lot to say about when to ease restrictions in their states, and the leaders of Maryland and New Jersey indicated Sunday that they are not likely to do so until widespread testing is available.

The U.S. has the most confirmed cases and deaths of any nation, more than 555,000 and more than 22,000, respectively, according to Johns Hopkins University. In hard-hit New York, the number of deaths topped 700 for six straight days, but the increase in people who are hospitalized is slowing, in a hopeful sign.

For most people, the new coronavirus causes mild or moderate symptoms, such as fever and cough that clear up in two to three weeks. For some, especially older adults and people with existing health problems, it can cause more severe illness, including pneumonia, and death.