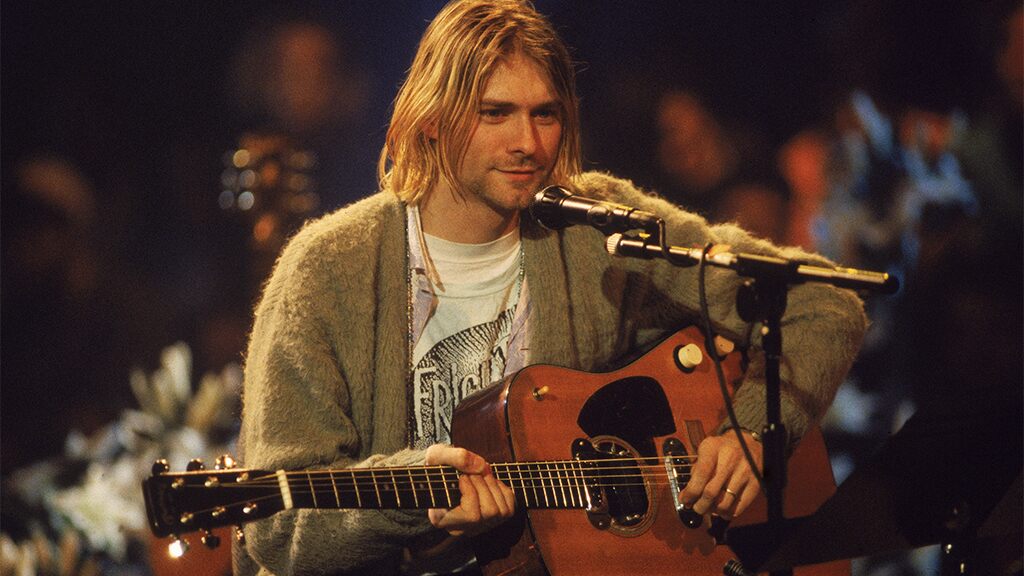 For an album as iconic as Nirvana's "Nevermind," celebrating the 30th anniversary of its release is a special milestone. For this record in particular, however, a lawsuit is looming over the occasion.

Last month, Spencer Elden – who was featured in the nude on the album's cover as an infant – filed a lawsuit against Nirvana musicians Dave Grohl and Krist Novoselic, as well as the estate of Kurt Cobain and his widow, Courtney Love claiming that they sexually exploited him when they profited from his naked image.

He's also alleged that the image – which features him naked in a swimming pool – is child pornography. Fifteen people are named in the suit – including photographer Kirk Weddle – each of whom, he is asking for $150,000, per the New York Times.

Elden has claimed in the suit that he's suffered "permanent harm" due to his involvement with the album.

The case is made even more complicated by disputed facts. In the suit, Elden claims that neither he nor his parents ever consented to the naked photoshoot, but over the years, various outlets have reported that Elden's parents did consent and were paid $250 for the modeling session.

The announcement of the lawsuit raised many eyebrows both in and out of the music industry, with many raising questions as to why the suit was filed in the first place – especially considering Elden had participated in recreations of the iconic photograph several times to celebrate various other anniversaries of the album's release.

Spencer Elden is featured on the cover of Nirvana's album 'Nevermind,' in the nude as a baby. (DGC Records/John Chapple)

As the federal suit awaits its fate – and faces questions of its authenticity and legal standing – entertainment trial lawyer Tom Lallas told Fox Business that he believes the suit to be "dead on arrival."

The lawsuit points to the 1986 case United States v. Dost which worked to define child pornography by a set of six criteria. The case established that among other criteria, the focal point and setting of an image help determine whether the image qualifies as pornography.

On the "Nevermind" album cover, Elden can be seen swimming through the water chasing a dollar bill on a fishing hook. Lallas argues the money is the actual focal point of the image, as the image is a "metaphor about capitalism."

Lallas also argued that the image's setting – a swimming pool – was not "a sexually suggestive context."

There is one component of the Dost case that Lallas said has more weight here – whether on not the child in any given photo is fully or partially clothed. Elden famously is in the nude on the cover, but even that argument is shaky, he said.

"In that context, every picture of a nude baby would be child pornography," he said. "I don't think that any reasonable, well-intentioned, educated person would ever advocate that standard."

Nirvana frontman Kurt Cobain's estate is among those named in the suit. (Frank Micelotta/Getty Images)

Lallas added: "When the totality of the circumstances are viewed, I think this lawsuit will be dismissed, I think the lawyers run a serious risk of sanctions under what we refer to as rule 11 of the federal rules of civil procedure and I believe that this action and complaint are dead on arrival."

As far as Elden recreating the photo several times – though notably never nude in any recreation – Lallas said he has proved the "absence of damages" that Elden claimed in his suit.

NIRVANA REMEMBERS KURT COBAIN ON 25TH ANNIVERSARY OF HIS DEATH

"This is a conscious act by an adult to validate the album cover photograph and he's gone way beyond that," the attorney said. "In interviews, for example, he indicated in one interview that he wanted the photograph taken of him in the nude as an adult. So this participation, which has been voluntary, knowing and intelligent, completely undercuts the concept that he has been damaged by the photograph."

Johnson said that despite the fact that the "Nevermind" cover was created "in a commercial context," its nature as "an artistic creation" separates it from being child pornography or even an invasion of privacy.

Additionally, Johnson said that the recreations of the album cover – as well as Elden getting the word "Nevermind" tattooed across his chest – "undercut the viability" of his case.

"Nobody knows who he is," Johnson said in reference to Elden's discomfort with strangers having seen his genitals. "He made himself famous, he's sought the limelight now."

Because of the murkiness of the case, Johnson said he thinks it's likely that it won't even make it to trial.

"I think it's probably going to get tossed," he shared. "What they can first do is file what's called a motion to dismiss, which basically says, ‘looking at the facts of your case, this is not going to work. This is not equal – something that is compensable, actionable.' And I think the court very well could dismiss on the motion to dismiss."

On the chance that a motion to dismiss is not filed or is tossed itself, a motion for summary judgment can be filed, which would similarly attempt to point out flaws in a prosecution.

"It really comes down to a judgment call for the trier of fact, which could be a judge or a jury," Johnson said. "And would a judge let this go to a jury? I think not. If I were a judge, I would say, 'Nice try, and innovative, but this is not worthy of the court system."