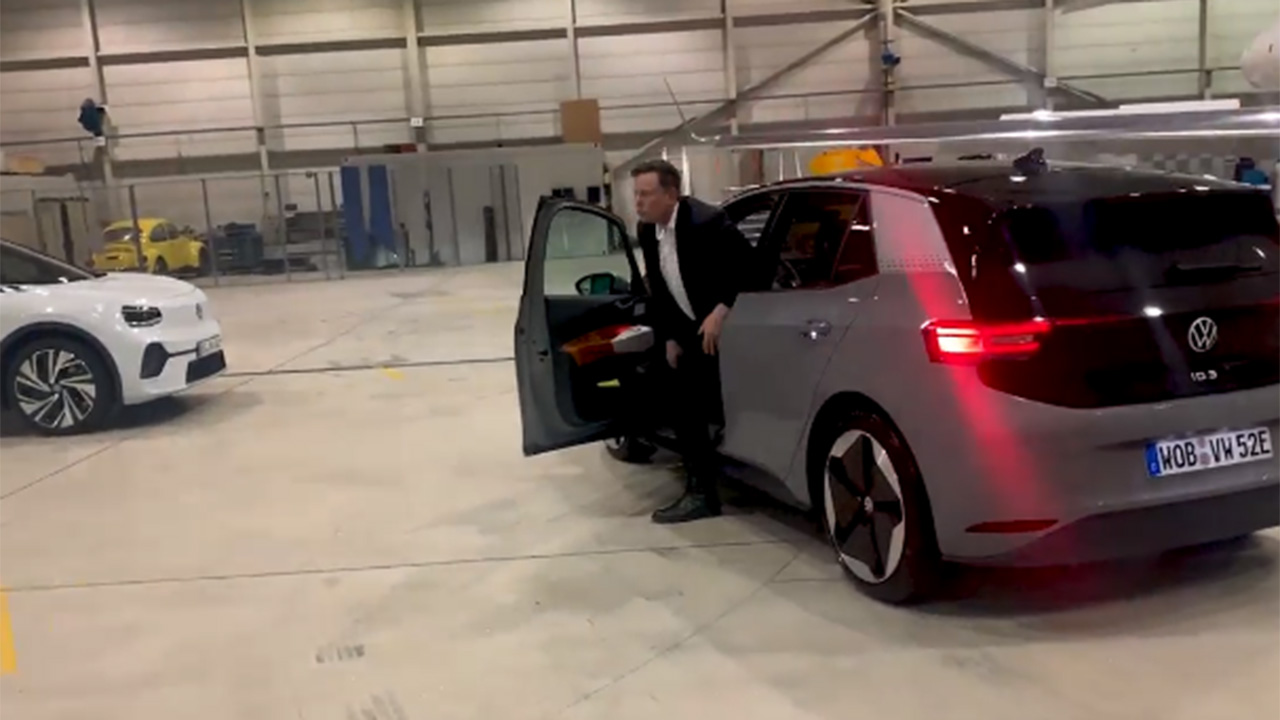 Elon Musk has been moonlighting as a test driver ... for Volkswagen.

VW Group CEO Herbert Diess revealed that while Musk was visiting Germany last week, the two met at Braunschweig Airport, where he offered the Tesla CEO a drive in a VW ID.3 electric hatchback.

The competitors have been complimentary of each other’s efforts in the electric car space, even as Tesla moves into VW’s turf with the construction of a new factory outside Berlin.

“I think for a non-sporty car it’s pretty good,” Musk said in a video Diess posted to LinkedIn. Diess said in the comments that Musk was “quite critical with the available torque at high speed” and suggested that he try a Porsche Taycan, which is also built by VW Group.

Looking to quell speculation that there was more to the meeting than a friendly conversation between colleagues, Diess later added, “Just to be clear: We just drove the ID.3 and had a chat - there is no deal/cooperation in the making.”

Volkswagen has entered a joint venture with Ford, however, that will result in an electric car built on the ID.3 platform for sale in Europe by Ford as early as 2023.